Switching statins from on-patent to off-patent generic simvastatin is currently the focus of a major policy initiative by the Department of Health. In this context, an observational study of statin switching conducted by the manufacturer of an on-patent statin has already attracted considerable widespread media attention even before its publication within this issue of the British Journal of Cardiology (see pages 280-5). It is likely to stimulate considerable controversy and debate in the months ahead. 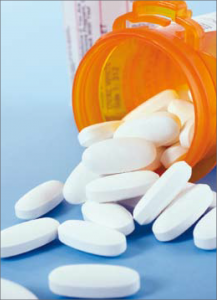 The authors advance the hypothesis that patients switched from atorvastatin to simvastatin are at greater risk of cardiovascular events and on this basis suggest that formal randomised trials are desirable. Their concerns around the potential implications of the current policy for switching statins would, if founded, have far-reaching consequences and therefore the study necessitates close scrutiny.

Case-control studies are the lowest grade of evidence among observational studies, the findings of which should always be referred to well-conducted randomised controlled trials where these are possible. This case-control study also leaves several fundamental questions unanswered.

The time scale of this study, 1997 to 2005, indicates that nearly a quarter of the patients were switched before generic pricing made switching economically desirable. As this time period accounts for five of the seven years of the study, an even greater contribution to cardiovascular events would be expected. It is therefore likely that many people in this study underwent an ‘involuntary’ switch rather than a ‘planned’ switch – a crucial differentiation.

People who involuntarily switch will usually do so because of side effects, though in some cases they may be hypo-responders to statins. Being mindful of recent side effects, further treatment is often initiated with a lower-dose statin that is less likely to cause side effects. People that have experienced side effects are less likely to comply with treatment and are more likely to have co-morbidities and to be in a higher risk group. Therefore, the-switch patients in this study may well not be a representative population and have had valid reasons for switching.

Neither the reason why patients were switched in this study or, crucially, the eventual changes in cholesterol control in these patients are known. Clearly, it would be reasonable to switch patients to simvastatin for reasons of intolerance to their previous statin, in which case continuation would not be an option.

The authors report that 25.9% of the switch group were taking the lowest dose of simvastatin (10 mg), similarly a further 39% of switch patients also took the next lowest dose of simvastatin (20 mg). Neither of these doses is a therapeutically equivalent substitute for any ‘pre-switch’ dose of atorvastatin that is recommended in recent switching programmes. In contrast, 17.8% of the control group were taking the more potent atorvastatin 40 mg or 80 mg doses.

This was therefore not a level playing field and the higher baseline cholesterol reflected in the switch group is likely to have remained significantly higher following the switch. Cholesterol changes were only evaluated in a small cohort of patients, thereby preventing sound conclusions being drawn around cholesterol changes for the entire group of patients for whom statin treatment was switched. More revealing is that the Quality Outcomes Framework target was not met in 35% of the switch group compared with only 28% of the control group. Thus, it is no real surprise that there was a difference in outcomes.

It is important that the findings of this study are viewed in the context of its limitations and the knowledge that it pre-dates the national switching programme launched in 2006. In a planned switch, the target group are usually taking low-dose atorvastatin and are switched to simvastatin 40 mg as the minimum standard of treatment. Ideally, patients should give informed consent and a consistent approach to patient choice should ensure that patients are aware that the reason the switch is being undertaken is to promote better use of healthcare resources.

Although this study has little implication for current policy, it does serve as a timely reminder that the prescription of medication for cardiovascular disease is a serious issue for patients and a motivation to improve prescribing efficiency should not blinker our judgement for the possible consequences if switching is not undertaken within rigorous protocols.