Until recently, supportive and palliative care for patients with heart failure has been neglected in primary and secondary care. Patients dying from cancer have benefited from a co-ordinated approach to ensure all aspects of care, including advanced planning and financial assistance, are considered. 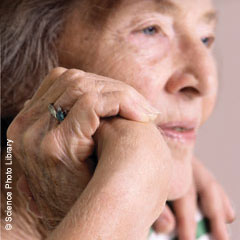 High-quality end-of-life care has become a national priority over the last decade, culminating in the Darzi Report 2008.1 Inequalities remain in the support received by cancer patients compared with those with non-malignant disease. The Gold Standards Framework (GSF)2 helps facilitate high-quality, community-based care for patients with terminal illness from any cause, although in practice there is still a focus on malignant disease. Primary care management of heart failure (HF) is guided nationally by Quality and Outcomes Framework (QOF) targets3 and a National Service Framework (NSF),4 both of which recognise the importance of good palliative care.

The GSF includes consideration of financial support for terminally ill patients.2 With often increasing levels of supportive care during the last six months of life, they are entitled to faster provision and higher level of financial benefits than other patients. Written support from a doctor using a DS1500 form fast-tracks applications for Attendance Allowance or Disability Living Allowance, without questioning the level of care needed or stipulating the length of time a patient has to have been ill before qualifying for assistance.5

A DS1500 form may not have been considered for a HF patient because the clinician is unaware it can be so used, or they do not think of HF as a terminal illness.6,7 Management of HF has significantly improved over the past 10 years, both in terms of systems of care (such as the NSF4) and a clear rationale for medical therapy. The advent of device therapies with cardiac resynchronisation therapy (CRT)8,9 in the early 1990s has improved prognosis even in patients with significant left ventricular dysfunction, and implantable cardioverter devices (often in combination with CRT) have reduced the risk of sudden cardiac death. These advances may have led clinicians away from thinking of HF as a terminal disease. In addition, the improved quality of life described by patients treated with CRT10 may persuade them and their families that they do not need ‘palliative care’. However, even though the one-year mortality figures of 60% from the 1990s11 are now likely to have improved, the fact remains that patients will still ultimately, even with definitive interventions such as transplants and other surgical and device therapies, come to an advanced stage disease with significant palliative care requirements alongside the need to maintain access to appropriate cardiac therapies.

So, despite the identification of several outcome predictors in HF (e.g. particular chest radiograph and electrocardiogram features,12 lower serum sodium and higher creatinine levels,13 and brain natriuretic peptide levels14), supportive and palliative care needs of patients with HF are often overlooked and the dying phase unrecognised. Patients are disadvantaged with regard to understanding of their illness, plan of management, and opportunities to plan place of care.15,16 Financial support is one aspect of supportive care, and DS1500 completion may still be overlooked because of difficulties making a quantified prognosis.

We, therefore, reviewed the use of DS1500 forms for patients who died from cancer or HF in one urban primary care practice of 4,000 patients, with high levels of deprivation and disease prevalence.

Once these patients had been identified, details of cause of death, and evidence of completion of DS1500, (Read code “9EB5”) were sought. The details of cause of death were found in hospital or hospice letters, or in the ‘patient journal’ copied in from a death certificate. As the term ‘heart failure’ is not used under part 1 of a death certificate,17 where there was any mention of a cardiac-type condition in any of 1a, 1b or 2, HF was considered for the purposes of this review to be a cause of death.

As a DS1500 form can only be used where it is anticipated that the patient may die in the following six months, evidence of poor prognostic markers was sought (table 1). For patients with HF, poor prognosis was also inferred from the following: inability to tolerate an angiotensin-converting enzyme (ACE) inhibitor or beta blocker, specialist palliative care referral, renal dysfunction, low sodium (<130 mmol/L),18 or hypotension (systolic <100 mmHg).19

Fifty-four patients with cancer and 24 with HF died during the four-year period. Eighteen cancer patients, but none with HF, had a completed DS1500 form. Table 2 shows the patients’ characteristics.

Of the patients with HF, 13 (81.3% of all those with a recorded cause of death) were documented as having died from cardiac-related causes (pulmonary oedema, myocardial infarction [MI], ischaemic heart disease, congestive cardiac failure [CCF], dilated cardiomyopathy, left ventricular failure [LVF], cardiac atheroma). Three died from other causes. Eight had no documented cause of death and were counted as death due to HF in the absence of an alternative.

Only one HF patient (4%) had been discussed at the practice GSF meeting compared with 33 cancer patients (61%), and less than a tenth of HF patients had access to Marie Curie or Macmillan nursing.

Despite the majority (75%) having evidence of poor prognosis, no patient with HF had a completed DS1500 form compared with over a third of cancer patients. One likely reason is that the DS1500 form used until this year, while not excluding other pathology, appears to be cancer focused. The more recently published DS1500 does, however, include examples of non-cancer disease severity markers. Another issue may be the wording of the question regarding clinician certainty of predicted prognosis. A solution is to apply the GSF ‘surprise’ question of, “Would I be surprised if the patient died in the next six months?” Given the accepted difficulty of prognosis regarding individuals with HF, this seems an appropriate approach.

Another major barrier is the poorer understanding among patients, families and clinicians about the terminal nature of HF.15,16 We report evidence of unequal referral to palliative support services and a difference in the approach to patient care, particularly with regard to the team working and advanced planning accessed during GSF meetings.

This review is limited by its retrospective nature and reliance on data recording accuracy. The electronic record in general practice includes manually recorded information and is affected by handwriting legibility and data-handling skills. The fact that many patients with palliative cancer or HF are visited at home, not seen in the surgery, means that some of the markers of poor prognosis (e.g. patient weight) may not be measured. Practices have a record of GP-issued death certificates, but depend on correspondence for hospital deaths. Our patient group of those dying from HF is, therefore, estimated, but as most also had documented evidence of advanced HF, they would have been eligible for DS1500 form completion, even if they had died from another cause.

We also acknowledge that the markers from table 1 are limited when taken in a retrospective context, as in practice they should be used taking into account the ongoing clinical situation, looking for potentially reversible factors; low serum sodium may respond to a change in diuretic. However, given that these markers were found in most of the patients who died and are associated with a worse prognosis, we feel they provide a useful enough prompt for consideration of a DS1500 form.

Palliative care for patients with HF has been a neglected area in primary and secondary care. Recognition of end-stage disease and realisation that it is a terminal illness would facilitate sensitive discussions regarding services, including financial assistance, which may help both patient and carer cope with considerable and often prolonged symptom burden. The disparity of DS1500 use demonstrated in this review may indicate differing approaches to managing cancer compared with HF, suggesting that further progress is needed in order to achieve a ‘gold standard’ of care for all patients with terminal illness, regardless of their diagnosis.