News in brief from the world of Cardiology

Millions of people in the UK hold incorrect beliefs about the risks of cardiovascular disease (CVD), according to HEART UK research.

The research, which tested 1,177 people on their knowledge and concerns about high cholesterol, revealed that more than 40% of respondents wrongly thought that raised cholesterol resulted from drinking too much, while almost 60% did not know that the condition can be inherited. Almost half the population have never had a cholesterol check and only 2% of those surveyed named high cholesterol as their biggest health concern. The top health worry for people was cancer, even though CVD is still the biggest killer in the UK.

Four of the top five foods thought to have a cholesterol-lowering effect, by members of the public, do not directly lower cholesterol at all and almost a fifth of people had no idea at all of which foods can do so.

“The results of this survey underline the challenges we continue to face about the public’s misunderstanding of the condition,” said HEART UK Chief Executive Jules Payne. “Younger people in particular don’t think that raised cholesterol or heart disease can affect them.” 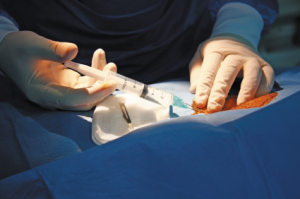 The majority of patients in the UK are receiving primary angioplasty rather than thrombolysis, according to figures from the tenth annual Myocardial Ischaemia National Audit Project (MINAP) audit. In England, from April 2010 to March 2011, the number of patients receiving primary angioplasty rose from 63% to 82%, in Wales from 22% to 30%, and in Belfast from 59% to 99%, the figures showed.

Dr Clive Weston, Clinical Director of MINAP, said: “During the past decade, MINAP has documented major changes in the care provided to people who suffer heart attack. What has not changed in that time is the commitment of individual clinicians, managers and administrators who, through their participation in MINAP, continue to promote the values of national clinical audit – to compare their performance against nationally-agreed best practice, and so to assure and enhance the quality of that care. The remarkable improvement in survival after heart attack bears testimony to their efforts”.

The National Institute for Health and Clinical Excellence (NICE) has recommended the use of the novel antiplatelet medicine ticagrelor (Brilique,™AstraZeneca) by the National Health Service in England and Wales.

The final step of the appraisal process is for NICE to issue the completed Technology Appraisal Guidance (TAG) later this year, should no appeals be submitted, after which time the NHS will have a three month period to implement the guidance.

A new anticoagulant solution infused into the donor organ can increase the number of viable organs for transplantation, according to a study being carried out by Imperial College under the London Renal and Transplant Centre at Hammersmith Hospital. The new technique perfuses the organ with proteins to pre-condition it, and prevent clotting.

Dr Vassilios Papalois, the consultant transplant surgeon at Hammersmith Hospital who is overseeing the project, says “We hope that we will be able to use organs that are currently considered to be not suitable for transplantation and also increase the chances of post-transplant survival and long-term function of those organs”. The research is being funded by national transplant charity Live Life Then Give Life. 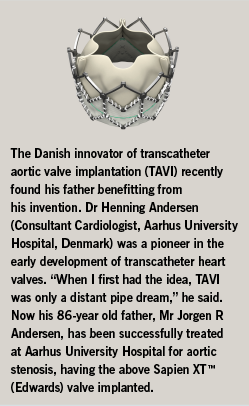 AstraZeneca has partnered with HEART UK to launch an awareness film about familial hypercholesterolaemia (FH) (available at: www.youtube.com/watch?v=jZKZseU8qvY). Jules Payne, Chief Executive of HEART UK says the charity welcomes the film. “We are concerned with the number of ticking ‘time bombs’ out there with undiagnosed FH. Once identified the condition is treatable.”

Dabigatran etexilate (Pradaxa®, Boehringer Ingelheim) has been accepted for use by the Scottish Medicine Consortium (SMC) for use within NHS Scotland. The drug is licensed for the prevention of stroke and systemic embolism in adult patients with non-valvular atrial fibrillation (AF) and one or more risk factors.

Patients who switch from oral therapy with sitagliptin to once-daily injectable therapy with liraglutide (Victoza®, Novo Nordisk) had an increase in overall treatment satisfaction, as well as further reductions in glycated haemoglobin (HbA1c) and body weight, according to data from a recent study presented at the 47th Annual Meeting of the European Association for the Study of Diabetes (EASD).

Treatment satisfaction was evaluated using the Diabetes Treatment Satisfaction Questionnaire (DTSQ) at 52 and 78 weeks to assess the impact of switching from an oral therapy to an injectable one. The once daily injectable therapy was also ranked by patients as equally convenient and flexible as the oral therapy with sitagliptin.

A new annuloplasty ring for the treatment of tricuspid heart valve insufficiency (Carpentier-Edwards Physio Tricuspid Annuloplasty Ring, Edwards Lifesciences) has been launched, having received both European Conformity (CE) Mark approval for European sales and 510(k) clearance from the US Food and Drug Administration (FDA).

The ring features a three-dimensional waveform shape, allowing it to conform to the natural shape of a patient’s tricuspid annulus during valve closure, and is designed to allow the native valve to maintain its natural movement.

Treatment with prasugrel (in combination with aspirin) was associated with a 26% reduction in relative risk of significant cardiovascular (CV) events, compared to treatment with clopidogrel, according to a new post-hoc sub-analysis of patients from the TRITON-TIMI 38 study.

The analysis focused on the study’s 10,804 “core clinical cohort” of patients with acute coronary syndrome (ACS), managed with percutaneous coronary intervention (PCI), which excluded those considered to be at a higher risk for bleeding by the US Food and Drug Administration and the European Medicines Agency in their regulatory approval of prasugrel.