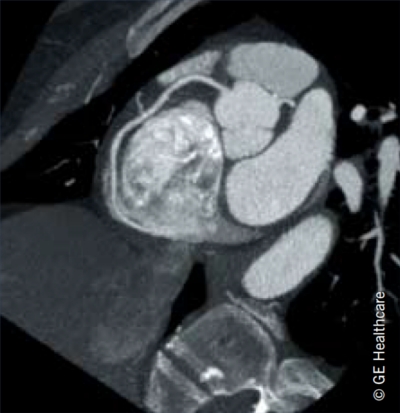 The majority (80%) of health professionals are concerned about how they will be treated in their old age, according to a new study from the Economist Intelligence Unit on healthcare provision for an ageing population. The survey drew responses from more than 1,000 healthcare professionals across Europe, and interviews with 22 international experts on ageing. The study was funded by Pfizer. The full report is available at http://www.managementthinking.eiu.com/new-vision-old-age.html.

The risk of very late stent thrombosis (VLST) is significantly reduced with a biodegradable polymer drug-eluting stent system (BioSensor, BioMatrix Flex™) compared to systems with a durable polymer coating, according to results from the LEADERS trial published recently in The Lancet (doi:10.1016/SO140-6736(11)61672-3).

At four years, with a 96% follow-up rate, the risk of major adverse cardiac events was lower in patients treated with BioMatrix Flex™ than in those treated with Cypher® Select™ (18.7% vs. 22.6%: p = 0.050). The benefit of the bioledgradable polymer stent appeared more pronounced between years one and four when it was associated with an 80% relative risk reduction in terms of definite VLST compared with durable polymer coated stent.

“This study shows that the problem of VLST, which was prevalent with first-generation durable-polymer drug-eluting stents, is markedly reduced by a stent using a biodegradable polymer”, commented Principal Investigator Professor Stephan Windecker (University Hospital, Bern, Switzerland). “This translates into a late benefit in terms of cardiac death or myocardial infarction.”

Diets high in flavonoids may reduce the risk of cardiovascular disease (CVD) for women with type 2 diabetes, according to a study published recently in Diabetes Care (doi: 10.2337/dc11-1443). A 12-month trial on 93 post-menopausal women with type 2 diabetes found that those given bars of flavonoid-enriched chocolate each day reduced their risk of suffering a heart attack in the next decade by 3.4%, compared to those given placebo chocolate bars. Those receiving extra flavonoids also had significantly lowered insulin resistance and cholesterol levels, the authors found.

Patients with diabetes showed a reduction in reported major cardiovascular events when treated with sitagliptin (Januvia®, Merck Sharp and Dohme) rather than sulphonylurea, according to analysis presented at the International Diabetes Federation (IDF) 21st World Diabetes Congress in Dubai.

Data were drawn from three previous studies, including 2,451 patients randomised to sitagliptin 100 mg/day or a sulphonylurea. Two trials evaluated these agents, which were added to ongoing metformin therapy, while the third study was a monotherapy trial. A lower incidence of major adverse cardiovascular events (MACE) was reported in patients with type 2 diabetes treated with sitagliptin (no events reported) compared to those treated with a sulphonylurea, where 11 patients experienced at least one MACE.

People taking antipsychotic and antidepressant drugs have a much higher risk of dying during an acute coronary event than the rest of the population, according to a Finnish study published recently in the European Heart Journal (doi:10.1093/eurheartj/ehr368).

Of those who suffered sudden cardiac death (SCD) during an acute coronary event, more had used both antipsychotics (9.7% to 2.4%) and antidepressants (8.6% to 5.5%), according to results from the Finnish Genetic Study of Arrhythmic Events (FinGesture).

“There’s a real need to ensure that drug safety studies for new antipsychotic and antidepressant medications are undertaken in conditions of ischaemia to reflect the situation found in a myocardial infarction,” said Josep Brugada, from Hospital Clinic of Barcelona, Spain, author of the accompanying editorial.

Readmissions after PCI must be measured

Researchers recorded hospital readmissions for 40,093 patients from New York State, who underwent first PCI between January and November 2007. They found that 15.6% of PCI patients were readmitted within 30 days. Although 20.6% of these readmissions were “staged”, where cardiologists treat the culprit lesion and plan to treat additional lesions at a later date, this still leaves a high 12.4% of patients returning for unplanned readmission.

The first 3-in-1 combination therapy available in the UK for the management of hypertension has been launched (Sevikar HCT®, Daiichi Sankyo), combining olmesartan medoxomil, amlodipine, and hydrochlorothiazide (HCT) into one single pill.

“A simplified treatment regimen for those patients taking three or more tablets makes eminent sense for hypertension and could lead to improved compliance rates”, said Professor Tony Heagerty (Head of the Cardiovascular Research Group, Manchester University). It is estimated that up to 80% of patients do not take medications as advised by a doctor.

PREFER in AF registry on stroke prevention in AF

The impact of new anticoagulant therapies on stroke prevention will be tracked by the PREvention oF thromboembolic events – European Registry in Atrial Fibrillation (PREFER in AF), which has enrolled its first patient. The registry plans to enroll 5,000 patients and will also collate insights into patients’ satisfaction with their AF management, and the impact of the condition and its management on their quality of life.

Additionally, health economic data on drug treatment, disease and treatment complications including hospitalisation will be collected to estimate the total cost of AF for European healthcare systems. The registry will gather data on AF patients from Austria, France, Germany, Italy, Spain, Switzerland and the UK.

Minimally invasive heart valve replacements, such as transcatheter aortic valve implantation, could be simplified by a new procedure planning and image guidance tool (HeartNavigator, Philips). The tool, which has received clearance from the US Food and Drug Administration, provides automated planning enabling hours of manual calculations to be replaced. It creates a three-dimensional (3-D) image from previously acquired two-dimensional computed tomography (CT) datasets; these 3-D images are then overlaid with the live fluoro image to provide real-time insight during the procedure.

EC and SMC approval for rivaroxaban

Rivaroxaban (Xarelto®, Bayer HealthCare) has been granted approval by the European Commission (EC) for use in the UK use across two new indications.

It is licensed for the prevention of stroke and non-central nervous system (CNS) systemic embolism in adult patients with non-valvular atrial fibrillation (AF) and one or more risk factors for stroke including congestive heart failure, hypertension, age over 75 years, diabetes and prior stroke, at a fixed dose of 20 mg once-daily. A 15 mg dose has been approved for moderate to severe renal impairment patients.

The Scottish Medicines Consortium (SMC) has also accepted rivaroxaban for use in eligible NHS patients in Scotland in the same indications.

People in the UK aged over 55 with long-term health conditions will be encouraged to lead a more active lifestyle by the Your Personal Best national awareness campaign, inspired by the London 2012 Olympic and Paralympic Games. The campaign is supported by ten patient and healthcare professional groups from across the UK, having been developed and funded by GlaxoSmithKline in association with NHS London. Read more at:
www.yourpersonalbestcampaign.co.uk