Worldwide, cardiovascular disease remains the leading cause of death and a major cause of disability affecting quality of life.1 Elevated cholesterol is one of the key risk factors accounting for a substantial proportion of this disease burden. In developed countries, at least one-third of all cardiovascular disease is attributable to five risk factors: smoking, excessive alcohol intake, elevated blood pressure, elevated cholesterol and obesity.2 In particular, elevated cholesterol accounted for 56% of all cases of coronary heart disease (CHD) and 18% of cases of ischaemic stroke (2002 data).2 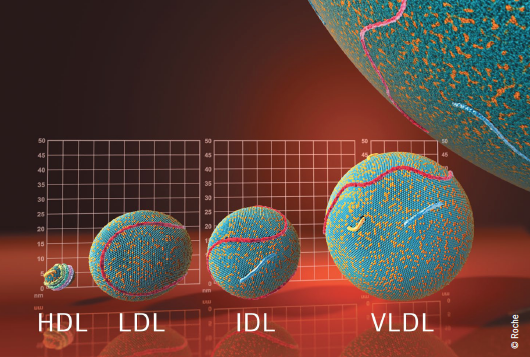 Improved management of risk factors and better care, especially in the secondary prevention setting, has undoubtedly been successful in reducing cardiovascular disease mortality in the UK over the last few decades.3 Better care of patients after myocardial infarction (MI) has also increased the longevity of these patients.3 However, these gains are now seriously challenged by the impact of the global epidemics of obesity and type 2 diabetes, arising from overconsumption and an increasingly sedentary society. As clinicians, we need to rise to this challenge to improve management.

Improved control of cholesterol, one of the key risk factors associated with cardiovascular disease, is one priority. Statin therapy is clearly recognised in guidelines as the cornerstone of treatment for managing dyslipidaemia.4 However, implementation is still less than optimal. In the primary care setting, EURIKA (European Study on Cardiovascular Risk Prevention and Management in Usual Daily Practice) showed that less than one-half of treated dyslipidaemic patients attained both total and low-density lipoprotein (LDL) cholesterol targets.5 Similarly, in the secondary prevention setting, the EUROASPIRE (European Action on Secondary and Primary Prevention by Intervention to Reduce Events) III survey showed that only 55% of patients across Europe achieved total cholesterol targets. It has to be pointed out that control was somewhat better in the UK (72% of patients achieved total cholesterol targets) compared with the average for all countries.6

The INTERHEART Study, a global case–control study, highlighted the relevance of both atherogenic apolipoprotein (apo) B-containing lipids, including LDL cholesterol, intermediate-density and very low-density lipoproteins, and atheroprotective lipoproteins, such as apoA-I contained in high-density lipoprotein (HDL) cholesterol to coronary risk. The study showed that, after smoking, the ratio of apoB/apoA-I was the most important contributor to population-attributable MI risk, accounting for almost one-half (49.2%) of this risk. Individuals with apoB/apoA-I ratios in the highest quintile had over three-fold increase in population attributable MI risk.8 In INTERSTROKE, there was also a strong association between apoA-I and HDL cholesterol levels and the risk of ischaemic stroke.9 These data clearly emphasise that achieving the right balance between atherogenic and atheroprotective lipoproteins can favourably impact the atherosclerotic process and reduce cardiovascular events.

Atherosclerosis is an inflammatory process which occurs over many decades. The initial trigger for this process is the accumulation of apoB-containing lipoproteins in the artery wall.10 These then undergo oxidation, with the end products (oxidised LDL) then stimulating further processes involved in atherosclerosis. As a result, monocytes are attracted to the endothelial layer, attach to the endothelium, and migrate into the subendothelial space, where the monocytes differentiate into macrophages. Macrophages take up the modified LDL, becoming foam cells, and also release a number of chemicals, including cytokines and interleukin-1, leading endothelial cells to express adhesion molecules, which, in turn, bind monocytes to the endothelium, thus, continuing the cycle of atherosclerosis. Macrophages and foam cells secrete growth factors, which lead to cell proliferation and matrix production, as well as metalloproteinases, which lead to matrix degeneration. Thus, macrophages and foam cells contribute to lesion growth, plaque instability and ultimately clinical events.

Evidence from in vitro and in vivo studies points to HDL having a number of important atheroprotective properties that can help in slowing this process. HDL comprise a heterogeneous population of lipoproteins that differ by size, shape and composition. Essentially, HDL have the same structure as LDL, with a surface monolayer of phospholipids and free cholesterol and a hydrophobic core consisting mainly of cholesteryl esters, as well as some triglyceride.10,11

HDL play a key role in reverse cholesterol transport, the process by which excess cholesterol is transferred from macrophage foam cells in the arterial wall or peripheral tissues to the liver for excretion into the bile. However, HDL have other potentially atheroprotective functions including anti-inflammatory, anti-oxidative, and anti-thrombotic activities (table 1).11 HDL also play a role in stabilising atherosclerotic plaque.12 An analysis of four intravascular ultrasound studies involving 1,455 patients showed that both LDL cholesterol lowering and HDL cholesterol raising were relevant to atheroma progression.13

There has been much debate about incorporation of inflammatory factors in risk estimation. Because C-reactive protein (CRP) is present in atherosclerotic plaques, it has been proposed that it may have a causal role in cardiovascular disease. Indeed, another comprehensive analysis by the ERFC showed that CRP levels were linearly associated with an increased risk of cardiovascular events, although more modestly than previously believed.16 It is, however, unlikely that CRP is causal as genes associated with elevations in CRP are not associated with increased risk of CHD, suggesting that CRP is a marker of risk rather than a target for treatment.17 However, this does preclude the potential causal role of inflammation with upstream factors such as interleukin 1 or 6, as progression from a stable to unstable atherosclerotic plaque culminating in the clinical event undoubtedly involves inflammation and the complex interplay of genetic and environmental risk factors.

The balance of evidence from epidemiological and mechanistic studies supports the HDL hypothesis. Whether raising HDL cholesterol levels translates to reduction in cardiovascular outcomes is being tested by several ongoing major prospective studies (see review on pages S14–S16) and answers should be available within the next two to four years. Finally, outstanding questions remain as to whether HDL cholesterol levels or the biological activities of HDL (i.e. its functionality) are more important. The HDL cholesterol hypothesis remains an intriguing concept, for which we hope to have definitive answers in the near future. 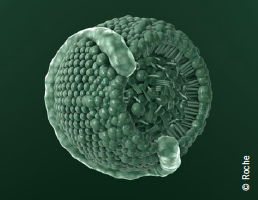 Non-HDL-C, LDL-C and apoB: what do they measure?

ApoB = the total number of atherogenic apoB lipoprotein particles in LDL + IDL + VLDL. Useful in diagnosis but no advantage over non-HDL cholesterol in risk assessment14

Disclaimer: Medinews Cardiology Limited advises healthcare professionals to consult up-to-date Prescribing Information and the full Summary of Product Characteristics available from the manufacturers before prescribing any product. Medinews Cardiology Limited cannot accept responsibility for any errors in prescribing which may occur.
Conflict of interest: Dr Dermot Neely has received sponsorship for travel to conferences and honoraria for advisory boards and lectures from Astra Zeneca, Merck, Pfizer, Roche Pharmaceuticals and Sanofi-Aventis; he has received research grants from Pfizer and Schering Plough. Professor Kausik K Ray has received honoraria for advisory boards and lectures from Abbott, Astra Zeneca, BMS, Kowa, Lilly, Merck, Novartis, Novo Nordisk, Pfizer, Roche, Sankyo and Sanofi-Aventis. Professor John Reckless has served on advisory boards, had speaker engagements and received meeting travel support from pharmaceutical companies in the lipid and diabetes fields, but these do not relate to this supplement. He is a Trustee of HEART UK, the national Cholesterol Charity. He was a committee member of the National Institute for Health and Clinical Excellence (NICE) CG67 lipid modification guideline. Dr Jane Skinner was clinical advisor to the National Institute for Health and Clinical Excellence (NICE) for the post MI secondary prevention and chest pain guidelines. She has received travel bursaries from Roche and Sanofi Aventis. Dr Adie Viljoen has received honoraria for participation in advisory boards and lectures and is a clinical investigator in trials funded by Astra Zeneca, Eli Lilly, MannKind, MSD, Novartis, Novo Nordisk, Pfizer, Roche, Sanofi-Aventis and Takeda.
THERE ARE CURRENTLY NO COMMENTS FOR THIS ARTICLE - LEAVE A COMMENT