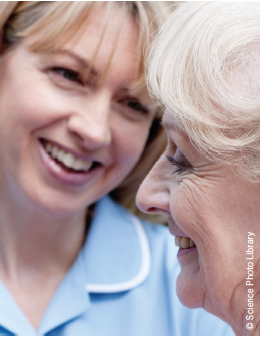 However, the implementation of secondary prevention of coronary heart disease (CHD) in the UK is still far from optimal. The results of the ASPIRE-2-PREVENT (Action on Secondary Prevention through Intervention to Reduce Events) (A-2-P) survey showed poor lifestyle and risk factor management in patients with established coronary disease.3

The aim of this paper is to describe lifestyle and risk factor management, and the use of cardioprotective drug therapies in a representative sample of coronary patients participating in a cardiac rehabilitation programme (CRP) compared with those who did not.

Data collection was conducted by centrally trained research nurses and was based on retrospective review of individual medical notes, and interview and examination of patients at least six months and at most three years after the recruiting coronary event or procedure, using standardised methods and instruments. Venous blood was drawn for serum total cholesterol, high-density lipoprotein cholesterol (HDL-C), triglycerides (TG) and plasma glucose. Fasting time was recorded. The low-density lipoprotein cholesterol (LDL-C) was calculated using the Friedewald formula. The central laboratory was the School of Clinical and Laboratory Sciences, Faculty of Medical and Human Sciences, University of Manchester, UK. The laboratory takes part in the Lipid Standardization Program organised by CDC, Atlanta, USA. Data management was undertaken by the Euro Heart Survey department of the European Society of Cardiology, European Heart House, Sophia Antipolis, Nice, France.

The main outcome measures were the proportions of coronary patients achieving, at interview, the lifestyle, risk factor and therapeutic targets as defined in the Joint British Societies (JBS2) guidelines for cardiovascular disease (CVD) prevention.4 Patient demographics were summarised as counts and percentages, or means and standard deviations, as appropriate. These demographics were presented for those who were advised to participate and according to participation, both for those who were advised and of the whole study group. Logistic regression was used to identify patient demographic variables and risk factors associated with participation in a CRP. Unadjusted and adjusted p values were reported, with adjustment for age at index event, sex and index event.

A total of 1,522 medical records (26.1% women) were reviewed and 676 patients were interviewed, of whom 663 (74.5% men and 25.5% women) had valid information about their participation in a CRP and are included in the present analysis. Patients were interviewed at a median interval of 13 months (interquartile range [IQR] 10–16 months) after the recruiting index coronary event. The characteristics of patients who were advised and participated in a CRP by age, gender and diagnostic category are presented in table 1. Overall, 466 (70.3%) patients were advised to participate in a CRP and 345 (74.0%) of them attended at least half of the sessions (52.0% of the whole study population). Participation rates ranged from 19.4% in the exertional angina group to 71.3% in the CABG group. Table 2 shows patients characteristics and risk factor prevalence and control at interview according to participation in a CRP. There were significant differences by age, gender, diagnostic category, educational level, prevalence of diabetes, smoking, obesity, achieving physical activity target, total cholesterol control, and use of antiplatelets, angiotensin-converting enzyme inhibitors/angiotensin receptor blockers (ACEIs/ARBs) and calcium channel blockers (CCBs).

There is a wealth of scientific evidence from randomised-controlled trials and meta-analyses that comprehensive CR can reduce the risk of future cardiovascular events in patients with CHD and improve survival.5-8 A systematic review of 47 studies randomising 10,794 patients showed that a structured exercise-based CR, compared with usual care, was associated with a reduction in overall and cardiovascular mortality (relative risk [RR] 0.87, 95% confidence interval [CI] 0.75–0.99; and 0.74, 95% CI 0.63–0.87, respectively), and in hospital admissions (RR 0.69, 95% CI 0.51–0.93).5 Secondary prevention, including blood pressure, cholesterol and glucose management and the use of cardioprotective medication, now also forms an integral part of an effective CRP.6 A meta-analysis of the effectiveness of secondary prevention programmes of 63 randomised-controlled trials, including 21,295 patients, showed a summary risk ratio for all-cause mortality of 0.85 (95% CI 0.77–0.94) and for recurrent myocardial infarction of 0.83 (95% CI 0.74–0.94).7 In the systematic review of trials of secondary prevention, multi-disciplinary disease management programmes led to a reduction in hospital admissions and a trend towards improved symptom scores, exercise tolerance, or quality of life.8

However, despite the strength of scientific evidence, CR in the UK is underused with a low participation rate. The A-2-P results presented here show that just over two-thirds of patients with CHD were advised to follow a CRP and just over half of all patients actually participated in some form of CR. Yet, of those who were advised, nearly four-fifths did so. The referral and participation rates in A-2-P (70.3% and 52.0%, respectively) were higher than in the EUROASPIRE III survey in 22 countries (44.8% and 36.5%, respectively).9 In the A-2-P survey, age, gender, diagnostic category and educational level were associated with the reported advice to attend a CRP. Those who were younger, men, with higher educational status, and those who had had CABG and PCI were more likely to be advised to participate in a CRP. Importantly, angina patients may gain potentially more from CR than other diagnostic groups, and they, therefore, need lifestyle and risk factor management as much as those revascularised by CABG and PCI. Similarly, patients who attended a CRP were more likely to be younger, men, and with a higher educational level. Those who had had CABG and PCI as recruiting index event were more likely to attend a CRP than those with UA and EA.

Patients who reported attending a CRP had a significantly lower prevalence of persistent smoking, obesity and elevated total cholesterol. Significantly higher proportions of patients attending a CRP achieved the physical activity target and were on antiplatelets and ACEIs/ARBs. However, despite the higher use of ACEIs/ARBs, there was no significant difference in blood pressure control according to participation in a CRP. The control of total cholesterol in those on lipid-lowering medication was significantly better in those who attended a CRP. Importantly, more than 90% in both groups were on lipid-lowering medication, mainly statins, so the better cholesterol control may be probably explained by healthier lifestyle management and by up-titrating or switching to more potent statins in a CRP group.

The findings of this survey must be considered within the context of study strengths and limitations. An important strength of the A-2-P survey is that, in order to obtain a representative sample, participating centres were randomly selected from a geographically stratified sample of hospitals in the UK. Data collection was not based just on information from medical notes, but also on face-to-face interviews and examinations using standardised methods and instruments, including central laboratory measurements for lipids and glucose.

A-2-P showed considerable differences in the profile of patients who were advised, as well as in those who attended a CRP. In this context, the differences in lifestyle and risk factor management at interview should be interpreted with caution, as it is unclear whether they are related to the effectiveness of the CRP or to the selection of patients in the respective groups. These differences may influence the results not only in this study, but in the other studies that evaluate the effectiveness of CRPs.

CR has been identified in two of the indicators of the Quality and Outcomes Framework (QOF), which either currently exist or are part of the 2013–2014 planned guidelines from the National Institute for Health and Care Excellence (NICE; http://www.nice.org.uk). The two QOF indicators are the secondary prevention of coronary heart disease and the management of chronic congestive heart failure, with a special focus on improving early uptake and adherence to CR. The seven core components for cardiovascular disease prevention and rehabilitation of the BACPR include lifestyle (smoking cessation, diet and physical activity) and medical risk factor management, cardioprotective drug therapies, health behaviour change and education, psychosocial health, long-term management, audit and evaluation.2

In conclusion, the results of A-2-P survey show that CR in the UK is underused and only just over half of all coronary patients reported attending a CRP. There is a difference between characteristics of patients advised to attend and in those who participated in a CRP. Although the control of smoking, obesity and cholesterol was significantly better in those who attended a CRP many patients had not achieved lifestyle and risk factor targets. Better strategies are required to ensure that patients with CHD receive adequate lifestyle and risk factor management. The recent EUROACTION randomised-controlled trial and the new MyAction programme for the NHS have shown that a nurse-led multi-disciplinary programme can achieve a high standard of preventive care for patients with CHD and their families.10,11 Cardiovascular prevention and rehabilitation must be integral to any modern cardiology service. There is an urgent need of comprehensive, multi-disciplinary rehabilitation programmes addressing all aspects of the lifestyle and risk factor management for all patients with coronary or other atherosclerotic disease.

The A-2-P survey was supported by Merck Sharp & Dohme (MSD) with an unrestricted educational grant to Imperial College London, and is part of a wider international survey called DYSIS (Dyslipidaemia International Survey). The sponsor had no role in the ASPIRE-2-PREVENT design, data collection, data analysis, data interpretation, and writing of this report. The authors had full access to all data and had final responsibility for the decision to submit the manuscript for publication.