The 63rd Annual Scientific Session of the American College of Cardiology (ACC) − held in Washington DC, USA from March 29th−31st 2014 − held several surprises, including a UK study showing heparin to be better than the much more expensive bivalirudin as an antithrombotic in primary PCI, and great disappointment from the first controlled trial of renal denervation for hypertension. 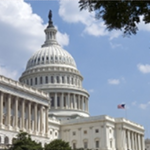 The major talking point of this year’s American College of Cardiology meeting was without doubt the aptly named HEAT-PPCI trial which generated more heat than has been seen at such conferences for quite some time.

The trial acronym stands for How Effective Are Antithrombotic Therapies in Primary PCI (percutaneous coronary intervention), and the study – conducted in the UK under the leadership of Dr Rod Stables (Liverpool Heart and Chest Hospital) – compared unfractionated heparin with bivalirudin (Angiomax®, the Medicines Company) in patients with ST-elevation myocardial infarction (STEMI).

But unlike several previous studies comparing these two agents, which have generally found an advantage for bivalirudin, the HEAT-PPCI trial broke with tradition by showing a significantly lower rate of major adverse cardiac events in the unfractionated heparin group with no difference in bleeding complications.

“Bivalirudin costs at least 400 times as much as heparin, yet heparin was the winner in this study,” Dr Stables told an ACC press conference.

This result did not go down well with the panel of discussants – several of whom were high profile US cardiologists who had been heavily involved in previous bivalirudin trials.

To add to the scenario, the HEAT-PPCI trial was presented by Dr Adeel Shahzad (Liverpool Heart and Chest Hospital), a junior member of the investigator team, who had to face aggressive and quite combative questioning from the panel. Indeed, this was the subject of much complaint from members of the audience after the session, with several suggesting the tone of the discussion was inappropriate for a scientific forum. Despite this, Dr Shahzad held his own and was able to counter the questions with well-prepared arguments.

He concluded that: “The use of heparin rather than bivalirudin was associated with a reduced rate of major cardiovascular events, fewer stent thromboses and reinfarctions, no bleeding complications, and the potential for substantial saving in drug costs.”

The HEAT-PPCI trial included 1,829 primary PCI patients all recruited from the Liverpool Heart and Chest Hospital over a 22-month period.  The heparin group received a bolus dose of 70 units/kg unfractionated heparin before the procedure, while bivalirudin was given as a bolus dose of 0.75 mg/kg, then a 1.75 mg/kg/hr infusion throughout the procedure. Both groups were allowed GP IIb/IIIa blocker bailout using abciximab.

Results are summarised in table 1. At four weeks, the primary efficacy end point – all-cause mortality, cerebrovascular accident, reinfarction, or unplanned target lesion revascularisation – had occurred in significantly more bivalirudin patients than those who received heparin. This was driven by an increase in reinfarction and target lesion revascularisation in the bivalirudin group, which also had a higher rate of stent thrombosis. There was no difference in bleeding between the two groups. Bailout GP IIb/IIIa-inhibitor use was similar in both groups, at 13.5% in the bivalirudin group and 15.5% in the heparin-treated patients.

The panel of discussants came up with many possible reasons why this trial failed to show a benefit of bivalirudin. These included the underdosing of bivalirudin, the definition of reinfarctions and bleeds, and the high use of transradial PCI. But Drs Shahzad and Stables argued that there were no problems with the dosing and activated clotting times, and that the results remained unchanged with different MI and bleeding definitions and also when femoral access was performed.

They believe the explanation for the better results with heparin in the current trial is that the two agents were tested head to head, with bailout GPIIb/IIIa use allowed similarly in both arms. In contrast some of the other major bivalirudin trials have tested the new agent against heparin plus routine GPIIb/IIIa-inhibitor use. Dr Stables conceded that bigger doses or more prolonged infusions of bivalirudin may approximate heparin equivalency, but he added that then the cost differential could approach 1,500-fold.

Another issue for debate in the HEAT-PPCI trial was that of the ‘delayed consent’ design. This involved all patients being randomised and treated without first consenting to be in the study. Consent was obtained during the recovery period and reconfirmed at 28 days.

This design was met with concern and disapproval of the discussant panel at the ACC late-breaking clinical session. Dr Shahzad pointed out that the trial received full ethics approval from three separate UK organisations. He added that because the two drugs being evaluated were already in routine use for primary PCI, delayed consent was deemed appropriate. Dr Stables further noted that 75% of patients were randomised within nine minutes of arrival at the hospital, and delaying consent enabled much faster door-to-balloon times. Noting that most patients having a major heart attack could not make reasonable decisions, he questioned whether it is actually possible to get any form of meaningful consent in this situation.

Another particularly unexpected set of results came from the SYMPLICITY HTN-3 trial, which showed no significant benefit of renal denervation on lowering blood pressure compared with a sham procedure in patients with resistant hypertension.

This contrasts with numerous previous uncontrolled studies, which have reported large effects on blood pressure of renal denervation, a procedure which has, as a result, increased markedly in popularity in recent years.

Presenting the results, Dr Deepak Bhatt (Brigham and Women’s Hospital, Boston, USA) said “We saw no added treatment benefit of renal denervation for patients with severe resistant hypertension who were closely monitored and optimally treated with medications”. He added that the results “highlight the importance of a properly done, rigorous, randomised trial that is both blinded and sham controlled”.

SYMPLICITY HTN-3 enrolled 535 patients with severe resistant hypertension. After six months, the mean change in systolic blood pressure was a reduction of 14.13 mmHg in the renal-denervation arm and 11.74 mmHg in the sham-controlled arm, a difference of 2.39 mmHg that was not statistically significant.

24-hour ambulatory systolic blood pressure was reduced by 6.75 mmHg in the renal-denervation arm and 4.79 mm Hg in the control arm, a difference of 1.96 mm Hg that was also not statistically significant.

There was no difference in the primary safety end point, a composite of all-cause death, end-stage renal disease, embolic events, or other renal-artery or vascular complications.

Speaking at an ACC press conference on the study, Dr Anthony DeMaria (University of California, San Diego, USA), who was not involved in the trial, noted that many studies have been published showing reductions in blood pressure of 30 to 40 mmHg, as well as improvements in left ventricular hypertrophy. He added that this has led to a “rush of enthusiasm” with more than 10,000 procedures having been done worldwide.

Renal derivation has been available in Europe since 2010 as a therapeutic option in patients with drug-resistant hypertension who cannot get to goal with a combination of lifestyle and pharmacologic therapy. It has not been approved in the US, as the Food and Drug Administration (FDA) required a controlled study.

Further evidence that the gout therapy, colchicine, appears to be effective in the treatment of pericarditis, has been reported from the CORP 2 (Colchicine Cuts Multiple Recurrences of Pericarditis) study.

The CORP 2 trial included 240 patients who had had multiple bouts of pericarditis. They were randomised to either colchicine or placebo on top of conventional therapy (aspirin, ibuprofen, or indomethacin). At six months, pericarditis had recurred in 21.6% of colchicine patients versus 42.5% of placebo patients (p=0.0009). Discontinuations and adverse effects were similar in the two groups.

Presenting the data, Dr Massimo Imazio (Maria Vittoria Hospital, Turin, Italy) suggested that: “Colchicine should be considered as a first-line treatment for either acute or recurrent pericarditis in the absence of contraindications”. He said the mechanism for the benefit of colchicine in pericarditis was unknown but could be mediated by an immunological effect.

He recommended that the drug was given in a weight-adjusted dose without a loading dose to avoid side-effects, which are “remarkably few” when dosed appropriately.

The novel agent, darapladib (GlaxoSmithKline), failed to lower the risk of major cardiovascular (CV) events in patients with stable coronary heart disease in the STABILITY trial.

The drug, a selective inhibitor of lipoprotein-associated phospholipase A2 (Lp-PLA2), has shown favourable effects on atherosclerotic lesions in animal studies. It is considered to be a potent anti-inflammatory agent by interfering with arachidonic acid metabolism.

The STABILITY (Stabilisation of Atherosclerotic Plaque by Initiation of DarapladIb Therapy) trial randomised 15,828 patients with coronary heart disease to either darapladib or placebo. Over a median follow-up of 3.7 years, the primary outcome of cardiovascular mortality, non-fatal myocardial infarction (MI), or non-fatal stroke was similar between the darapladib and placebo arms (table 1).

Panel discussants described the results as  “largely negative,” and they pointed out that 20% of patients discontinued treatment because of adverse effects which included diarrhoea and malodorous faeces, urine, and skin.

Darapladib is also being investigated in a second trial – SOLID-TIMI 52 – in acute coronary syndrome patients, results of which are expected soon.

Bariatric surgery was superior to intensive medical therapy for achieving glycaemic control in obese patients with uncontrolled type 2 diabetes, according to the three-year results of the STAMPEDE trial.

After three years of follow up, an HbA1c level of 6.0% or less was achieved in 5% of medical-therapy patients compared with 37.5% of gastric-bypass, and 24.5% of sleeve-gastrectomy patients. Surgical patients also had less use of glucose-lowering medications including insulin, with 90% of those in the surgical groups able to stop using insulin altogether.

Presenting the results, Dr Sangeeta Kashyap (Cleveland Clinic, US) said: “Bariatric surgery is a useful strategy for the management of type 2 diabetes, allowing many patients to reach and maintain therapeutic targets of glycaemic control that otherwise would not be achievable with intensive medical therapy alone”.

But she emphasised that lifelong support and lifestyle advice is required after surgery. During the trial all patients received regular lifestyle counseling. “Surgery is a tool that initiates the weight loss, but weight regain can occur even years later so lifestyle interventions are always the key.”

The LAPLACE-2, GAUSS-2 and DESCARTES studies all involved the PCSK9 inhibitor, evolocumab (in development by Amgen).

DESCARTES (Durable Effect of PCSK9 Antibody Compared with Placebo Study) enrolled 901 patients. Patients were first allocated to one of four arms for background therapy: dietary changes only; atorvastatin 10 mg; atorvastatin 80 mg; and atorvastatin 80 mg plus ezetimibe. After the 4-12-week run-in period, those with an LDL cholesterol >75 mg/dL were randomised to evolocumab 420 mg given by injection once every four weeks or placebo.

The LAPLACE-2 (Low-density Lipoprotein Cholesterol Assessment With PCSK9 Monoclonal Antibody Inhibition Combined With Statin Therapy – 2) and GAUSS-2 (Goal Achievement after Utilizing an anti-PCSK9 antibody in Statin Intolerant Subjects-2) studies were both 12 weeks in duration with patients receiving evolocumab once or twice monthly.  In LAPLACE-2 the reduction in LDL cholesterol ranged from 55% to 76%, and in GAUSS-2 reductions of 53% to 56% were reported compared with reductions of 37% to 39% among those treated with ezetimibe.

Presenting the GAUSS-2 study, Dr Erik Stroes (Academic Medical Center, Amsterdam, The Netherlands) stressed that PCSK9 inhibitors should not be viewed as a substitute for statins, but rather as an alternative for the 10-20% of patients who cannot tolerate statins.

A large-scale outcome study, FOURIER, is now underway testing evolocumab against statin therapy in 22,500 patients. But results will not be available until 2018.

Other studies with PCSK9 featured at the ACC meeting, showed similar large reductions in LDL with alirocumab (Regeneron) and bococizumab (Pfizer). Pfizer has also recently announced the start of two large-scale outcome trails with bococizumab – SPIRE-1 and SPIRE-2.