The National Institute for Health and Care Excellence (NICE) has published recommendations supporting the use of two new lipid-lowering agents – both PCSK9 inhibitors, which inhibit the body’s natural system for eliminating low-density lipoprotein cholesterol (LDL-C).

A Final Appraisal Determination (FAD) has been published for evolocumab (Repatha®, Amgen) recommending it be used alone or in combination with other cholesterol-lowering therapies, for several types of patients at particularly high risk of cardiovascular events with persistently high cholesterol despite maximal tolerated lipid-lowering therapy.  The NICE recommendation is based on a positive assessment of evolocumab’s clinical and cost effectiveness.

A FAD has also been published for alirocumab (Praluent®, Sanofi) recommending it as a treatment option for people who have raised levels of LDL-C, and who are at significantly high risk of a heart attack or stroke.

In response to the news of the two NICE FADs for alirocumab and evolocumab, Professor Peter Weissberg (Medical Director, British Heart Foundation) said: “The new PCSK9 inhibitors approved for use by NICE are a new and exciting way to reduce harmful cholesterol levels. However, because their long-term safety is still unknown, and they are yet to show reduced risk of heart attack, their use is currently restricted to patients with dangerously high cholesterol levels despite treatment with statins”.

“This new class of drugs is undergoing intensive clinical investigation. Guidelines are likely to change in the future as more information is revealed surrounding their safety and effectiveness,” he concluded. The FADs are available at www.nice.org.uk

Actelion Pharmaceuticals have announced that selexipag (Uptravi®), a selective IP prostacyclin receptor agonist, has been granted marketing authorisation for the long-term treatment of pulmonary arterial hypertension (PAH) in the European Union by the European Commission.

PAH is a chronic, life-threatening disorder affecting between 6,000–7,000 people in the UK. Selexipag has been licensed for the long-term treatment of PAH in adult patients with WHO functional class (FC) II-III, either as a combination therapy in patients insufficiently controlled with an endothelin receptor antagonist (ERA) and/or a phosphodiesterase type 5 (PDE-5) inhibitor, or as monotherapy in patients who are not candidates for these therapies.

Professor Sean Gaine (Consultant Respiratory Physician, Mater Misericordiae Hospital, Dublin, Ireland) commented: “For many years we have known that the prostacyclin pathway is a key target in PAH treatment, a pathway that has been underused largely due to the route of administration of the existing therapies.  An innovative, oral treatment, supported by long-term outcome results will allow us to offer convenient triple combination therapy regimens that target these three established treatment pathways. With this approach we not only aim to delay disease progression but we are looking for long-term benefits for our patients. Uptravi is a treatment option that could really change the way we treat PAH patients,” he concluded.

Patients have poor knowledge of warfarin, which may increase their risk of serious side effects, according to research recently presented at EuroHeartCare 2016 by Dr Kjersti Oterhals (nurse researcher, Haukeland University Hospital, Bergen, Norway).

The study included 404 patients with aortic stenosis who were taking warfarin. Nearly two-thirds (63%) took warfarin because they had a mechanical heart valve to treat aortic stenosis and 24% took the drug because they had atrial fibrillation. Patients were 68 years old on average and 70% were men. Patients received a postal questionnaire with 28 multiple-choice questions about warfarin. They answered 18 questions correctly on average but 22% gave correct answers on less than half of the questions. Questions with the least correct answers concerned food and drug interactions and when to call a doctor.

When asked which of the following foods would interfere with warfarin: celery, carrot, coleslaw or green beans, just 25% correctly said coleslaw and most patients answered green beans.

“Patients often think green vegetables have the most vitamin K but that’s not true,” said Dr Oterhals. “Brassica vegetables such as cabbage, broccoli and cauliflower are rich sources. Patients do not have to avoid these foods but they should eat an equal amount every week because the vitamin K will decrease their international normalised ratio (INR) and put them at increased risk of thrombosis or embolism. Patients who like to eat a lot of vitamin K-containing foods can take a higher warfarin dosage, but they need to be consistent.”

The Arrhythmia Alliance has announced that every Tesco shopper is now ‘HeartSafe’ with the placement of over 900 automated external defibrillators (AEDs) in stores across the UK, supported by the Defibs Save Lives campaign.

This follows the launch of the Arrhythmia Alliance manifesto, ‘Now Is The Time… for Action to Save Lives,’ which called for greater awareness and placement of public access AEDs in communities to increase the chances of survival from a sudden cardiac arrest (SCA).

On its own, cardiopulmonary resuscitation (CPR) can save up to 10% of SCA victims but when an AED is used as well, this can increase survival to over 50% in people with a shockable heart rhythm. Every minute without defibrillation decreases survival by 10%.

We are delighted to announce two new members to our board. Professor Andrew L Clark is Chair of Clinical Cardiology and Honorary Consultant Cardiologist, Castle Hill Hospital, Cottingham, Hull. He is Chair of the British Society for Heart Failure, and is a member of the working groups for Heart Failure and Cardiac Rehabilitation and Exercise Physiology in the European Society of Cardiology. Dr Robby Rakhit is Consultant Interventional Cardiologist and Honorary Senior Lecturer, Royal Free Hospital, London. His clinical Interests include complex PCI, primary PCI, intracoronary imaging and physiology, and HIV, diabetes and coronary disease.

The Medicines and Healthcare products Regulatory Agency (MHRA) has highlighted an issue with the QRISK®2 Calculator in SystmOne, supplied by the company TPP. For some patients it has produced incorrect results when assessing the potential risk of cardiovascular disease. For a proportion of patients the potential of heart disease could have been over or understated.

The MHRA is working with TPP to resolve the issue. For more information, contact Mike Dykes at the MHRA (mike.dykes@mhra.gsi.gov.uk).

Private healthcare provider BUPA has recently joined forces with the Society for Cardiothoracic Surgery (SCTS) to produce a hub of information for both medical professionals and the general public. The aim is to help consultants and cardiothoracic nurses to deliver a better service to their patients; and for this to be somewhere people can go to learn more about heart surgery.

You can view the hub here: http://www.bupa.co.uk/SCTS-heart-surgery

The health technology company Phillips has announced that it is leading a healthcare initiative with a consortium of European healthcare regions, companies, universities and hospitals to deliver the first large-scale care, coordination and telehealth programme in the European Union (EU) to support tens of thousands of people living with chronic conditions.

The three-year ACT Scale programme will collect and analyse the health outcome and economic impact data for large populations of chronic patients and elderly people. The aim is to develop, test and consolidate ‘best practice’ care coordination and telehealth programmes that can be replicated and successfully rolled out across the EU. The programme aims to reach more than 75,000 patients (including more than 4,000 patients in the UK), the Netherlands, Spain and Denmark by 2019.

A new telecare service called ‘Home Assist’ is being trialled by Boots UK in collaboration with Tunstall Healthcare. Currently 3.5 million people aged 65 years and over live alone in UK with more than half of these being over 75 years old.

The 24/7 remote monitoring service, offers three different service packages that can be customised according to the key needs of the user, including remote monitoring for falls, smoke detection and risk of hypothermia. All three services alert a member of the support team as soon as help is needed. By pressing a button on the pendant, the user can talk to the support team through the speaker on the base unit hub (the pendant can connect to the hub from a distance of up to 50 metres).

The ‘Home Assist’ service is installed by professional engineers without additional charge. The initial trial of the service started in February. More information can be found at http://www.homeassistuk.com

Yoga improves quality of life in patients with atrial fibrillation 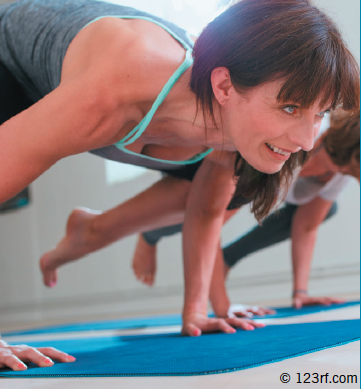 Yoga improves quality of life in patients with paroxysmal atrial fibrillation (AF), according to research published in the European Journal of Cardiovascular Nursing (doi: 10.1177/1474515116637734).

Heart rate and blood pressure also decreased in patients who did yoga.

“Many patients with paroxysmal AF can’t live their lives as they want to…because they are afraid of an AF episode occurring,” according to Maria Wahlström (nurse and PhD candidate, Sophiahemmet University and the Karolinska Institute, Stockholm, Sweden).

The current study included 80 patients with paroxysmal AF who were randomised to yoga or a control group that did not do yoga. Both groups received standard treatment with medication, cardioversion and catheter ablation as needed. Yoga was performed for one hour, once a week, for 12 weeks in the hospital with an experienced instructor. The yoga programme included light movements, deep breathing, and meditation.

Ms Wahlström said: “We found that patients who did yoga had a better quality of life, lower heart rate and lower blood pressure than patients who did not do yoga. It could be that the deep breathing balances the parasympathetic and sympathetic nervous system, leading to less variation in heart rate. The breathing and movement may have beneficial effects on blood pressure.”