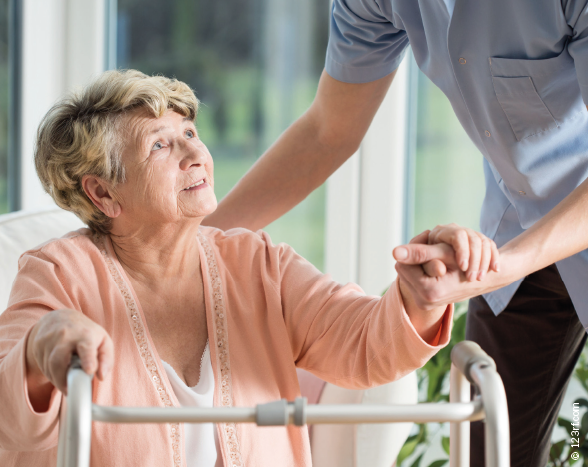 Heart failure, a constellation of signs and symptoms in the presence of abnormal cardiac function, continues to represent a significant health problem within the UK, and, indeed, the wider developed world. In 2011, one in nine death certificates in the United States recorded heart failure as a contributing cause, and it was ascribed to being the direct underlying cause in 20% of cases.1 The current prevalence estimate for heart failure in the developed world is approximately 2%, which is a significant proportion of adults in industrialised society.2 Van Reit and colleagues have demonstrated from a systematic analysis of 25 study populations that the prevalence of isolated left ventricular systolic dysfunction in those aged over 65 years is 5.5%,3 which is corroborated by data from the general population in whom 5–9% of those over the age of 65 years have heart failure.2

Studies, such as the Hillingdon Heart Failure cohort of circa 150,000 patients, demonstrate an incidence of 0.02/1,000 cases of heart failure per year in the 24–34 age group as compared with 11.6/1,000 per year in those aged over 85 years and a median age of presentation of 76 years.4 In the UK National Heart Failure Audit 2013–14, the mean age of patients admitted to hospital with a diagnosis of heart failure was 78 years.5

Although there are a myriad of causes for left ventricular systolic dysfunction, in approximately two thirds of patients with heart failure and reduced ejection fraction, the cause is directly attributable to coronary artery disease. This phenomenon might partly be explained by the fact that survival following myocardial infarction has improved significantly in the developed nations.6 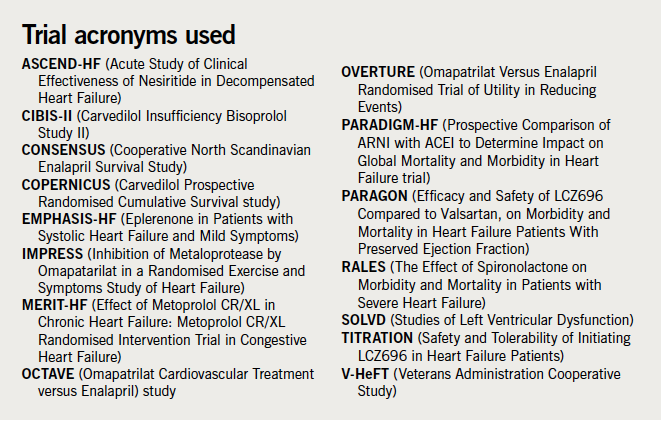 The past 20–30 years have accrued a slew of prospective cohort and randomised-controlled trials aiming to reduce mortality and morbidity from heart failure through the targeting of maladaptive neurohumoral mechanisms both through pharmacology and device-based therapies. Prior to 1990, and the modern era of evidence-based therapy, mortality for patients was in the order of 60–70% at five years,10 which, although improved, still remains poor, as patients with a diagnosis of heart failure continue to experience a one-year mortality of 30–40%.11

Despite the presence of guidelines for the management of heart failure, omission and underuse of appropriate evidence-based therapies continues to present a significant problem. National Institute for Cardiovascular Outcomes Research (NICOR) audit data for the UK estimate that the overall mortality for patients admitted with heart failure in 2013/2014 at one year was 27%, rising to 45.5% at five years.5 Importantly, 15% of patients discharged from hospital with a diagnosis of left ventricular systolic dysfunction were not prescribed either an angiotensin-converting enzyme (ACE) inhibitor/angiotensin-receptor blocker (ARB) or beta blocker and were more likely to die within one year (HR 1.46, p<0.05). Furthermore, only 41% of patients with a diagnosis of heart failure were prescribed a combination of ACE inhibitor, beta blocker and mineralocorticoid receptor antagonist (MRA) who, as a patient group, had a better mortality outcome when compared with those not on triple therapies. The clinical practice in the UK is reflected in European data, which show a significant minority of patients receive low and potentially subtherapeutic doses of ACE inhibitors and ARBs.12 This highlights the fact that not all patients receive evidence-based therapy.

It is important to note that even on gold-standard therapy, the prognosis for patients with heart failure remains poor. In PARADIGM-HF, the novel agent sacubitril/valsartan was compared with enalapril at a target dose of 20 mg/day. Patients in the trial had stable New York Heart Association (NYHA) II–IV symptoms with excellent background therapy in terms of evidence-based pharmacology; more than 90% of patients were on a beta blocker and over 50% were on a MRA. Even in this extremely well-treated cohort, event rates were high, with 19.8% of patients on ‘gold-standard’ therapy (i.e high-dose ACE inhibitor) experiencing death and 26.5% either cardiovascular death or first hospitalisation for heart failure during a median follow-up of 27 months.13

Thus, even in an era of evidence-based, disease-modifying therapy, the outlook for patients with heart failure and reduced left ventricular ejection fraction remains unacceptably poor. Not only are epidemiological and trial data a testimony to this effect, but the implementation of gold-standard care in routine clinical practice is also suboptimal, thereby mitigating the effect of these drugs on a population level. At the current impasse in the management of heart failure, the introduction of the neprilysin inhibitor/angiotensin-receptor antagonist sacubitril/valsartan comes at a propitious moment.

In clinical trials, sacubitril/ valsartan – initially known as the investigational agent LCZ696 – was used in 100 mg and 200 mg doses. These translate to the licensed doses of 49 mg sacubitril/51 mg valsartan and 97 mg sacubitril/103 mg of valsartan, respectively.