Atrial fibrillation (AF) is encountered with increasing frequency in clinical practice,1 and is associated strongly with adverse clinical outcomes, including stroke, cardiovascular events and death.2,3 Concomitant atherosclerotic disease may increase the risk of adverse outcomes in people with AF. For example, peripheral arterial disease was present in 11% of a large cohort of European patients with AF, and increased the risk of all-cause and cardiovascular death, compared with patients with AF but no peripheral arterial disease.4 In addition, AF is associated with adverse outcomes in a range of other subgroups of patients, including those with heart failure.5

Oral anticoagulation is an important component of the management of AF, and has been shown to improve clinical outcomes significantly in this population.6 In recent years, non-vitamin K antagonist oral anticoagulants (NOACs) have become available.7 We describe the latest findings from two randomised-controlled trials, ENGAGE-AF TIMI-48 (Effective Anticoagulation with Factor Xa Next Generation in Atrial Fibrillation – Thrombolysis In Myocardial Infarction 48)8 and ENSURE-AF (Edoxaban versus Warfarin in Subjects Undergoing Cardioversion of Atrial Fibrillation),9 that evaluated edoxaban, a NOAC acting via antagonism of Factor Xa, in comparison with warfarin. Our main focus will be on the effects of edoxaban in a wide range of patient subgroups, especially those with comorbid cardiovascular disease.

Table 1 summarises the design and patient populations of ENGAGE-AF TIMI-48.8 The trial recruited a population with 21,105 patients with documented AF and risk factors for stroke at randomisation (determined by elevation of CHADS2 score, which is a validated index of risk of stroke in patients with non-rheumatic AF10). Patients were randomly allocated to a higher dose of 60 mg edoxaban (with 50% dose reduction to 30 mg if one or more of creatinine clearance [CrCl] 30–50 ml/min, weight ≤60 kg, or receiving strong P-glycoprotein inhibitors), or lower dose edoxaban 30 mg (with 50% dose reduction to 15 mg for reasons above), or to warfarin (guided by monitoring of INR) for a median follow-up of 2.8 years. The lower dose edoxaban regimen was not ultimately submitted for regulatory approval. Subsequent discussion of edoxaban relates to the approved higher-dose regimen. Note: The current approved dose reduction criteria for edoxaban differ slightly from those used in the ENGAGE-AF TIMI-48 study. The Summary of Product Characteristics states that the edoxaban dose should be reduced from 60 mg to 30 mg if the patient has CrCl 15-50 ml/min, body weight ≤ 60 kg, or is taking the following P-gp inhibitors: ciclosporin, dronedarone, erythromycin, or ketoconazole.

Effects of edoxaban on clinical outcomes in ENGAGE-AF TIMI-48

Two main analyses were presented for ENGAGE-AF TIMI-48. A modified intention-to-treat (mITT) analysis was designed to assess non-inferiority of edoxaban versus warfarin (the criterion for non-inferiority was an upper 97.5% confidence interval [CI] for the hazard ratio of the primary efficacy end point of <1.38). The primary efficacy end point of ENGAGE-AF TIMI-48 (stroke or systemic embolic event [SSE]) occurred more often in the mITT analysis in patients randomised to warfarin versus edoxaban (hazard ratio [HR] 0.79, 97.5% CI 0.63 to 0.99). This comparison met formal criteria for non-inferiority of edoxaban versus warfarin (p<0.001).

An overview of these important subgroup analyses is shown below and in table 3. More than half of the study population had heart failure at baseline, associated with lower ejection fractions, more severe heart failure symptoms, and greater use of cardiovascular therapies.11 Increasing severity of heart failure predicted adverse outcomes, although heart failure of any severity did not alter the relative magnitude of effect or safety outcomes of edoxaban versus warfarin. These observations are important, as heart failure itself is a prothrombotic state, and associated with reduced time-to-therapeutic range for circulating warfarin concentrations.12

About one-fifth (21.4%) of patients had established coronary artery disease (CAD) at entry to the trial.13 Patients with CAD differed from those without CAD as would be expected (e.g. more likely to be male, more aspirin use, poorer renal function, more risk factors for stroke or bleeding). Edoxaban versus warfarin was associated with significantly reduced risk of myocardial infarction (MI), with a trend towards reduced risk of stroke or SSE. A suggestion of increased risk of SSE, MI, major adverse cardiovascular events and all-cause or cardiovascular death in patients with CAD receiving warfarin was observed in a multi-variate analysis. More frequent treatment interruptions in the warfarin arm, compared with edoxaban, may have contributed to these findings, as interruption of anticoagulation was shown elsewhere to increase the risk of adverse outcomes in this trial.14 The reduced risk of bleeding associated with edoxaban (see above) was preserved irrespective of CAD status.

Concomitant use of single antiplatelet therapy (SAPT) with study treatments was present in 4,912 patients and was associated with higher risk of bleeding, but no additional efficacy against thromboembolic disease.15 The relative efficacy of edoxaban was unaffected and the reduced bleeding outcomes with edoxaban seen in the main trial were preserved in the presence of additional SAPT.

Patients with prior ischaemic stroke or transient ischaemic attack were at increased risk of bleeding and recurrent thromboembolic events.16 The safety and efficacy outcomes for edoxaban use were similar to the whole cohort. Edoxaban reduced the risk of intracranial bleeding in these patients compared with warfarin.

Patients with persistent AF or permanent AF were more likely to experience adverse clinical outcomes compared with those with paroxysmal AF (see footnote to table 3 for definition of AF categories).17 However, there was no significant interaction between AF category and treatment effect.

Digoxin use was associated with increased mortality and other adverse outcomes irrespective of the presence or absence of heart failure, and this relationship was not modified by randomised treatment.18 Although the results were adjusted for clinical variables, the authors note that there is likely to be residual confounding from differences in baseline characteristics, although more so in the heart failure than the non-heart failure subgroups. This finding is interesting in the context of growing concerns regarding risks associated with digoxin use.19

About one patient in 12 received amiodarone at baseline in ENGAGE-AF TIMI-48.20 Amiodarone is a weak inhibitor of P-glycoprotein, with some potential to increase exposure to concomitantly administered edoxaban,21 although no reduction in the dose of edoxaban is required for patients taking these drugs together. Trough edoxaban levels were significantly higher in patients receiving versus not receiving amiodarone in either dose group. However, there was no interaction for any primary bleeding outcome, and no interaction for any efficacy outcome with edoxaban. 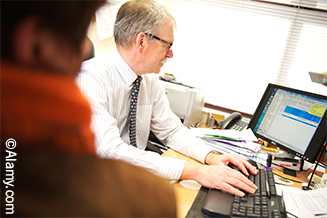 Other subgroup analyses from ENGAGE-AF TIMI-48

Age: Stratification of the ENGAGE-AF TIMI-48 population by age showed that in all groups, increasing age increased bleeding risk by more than thromboembolic risk.23 There was no significant interaction between age and study treatment for bleeding and efficacy outcomes, but the higher baseline risk of bleeding in older patients implied greater absolute reduction in bleeding events for edoxaban versus warfarin.23

Risk of falling: Patients at risk of falling, due partly to advanced age and comorbidities such as prior stroke or diabetes, had higher risk of bleeding compared with the overall trial population.24 Thus, although there was no treatment interaction between risk of falling and study outcomes, there was a larger absolute benefit for edoxaban versus warfarin for reduced risk of major bleeding.

Body mass index: Higher body mass index (BMI) in the ENGAGE-AF TIMI-48 population was associated with lower risk of stroke or SSE, or of death, but higher risk of bleeding.25 The effects of study treatments on stroke or SSE, major bleeding, and net clinical benefit were unchanged across BMI categories.

Renal function: The efficacy and safety profile was preserved in patients with reductions in CrCl. However, one subgroup analysis demonstrated a trend towards reduction in efficacy of edoxaban for patients with high CrCl (>95 ml/min).26 However, net clinical benefit for edoxaban was maintained, as rates of bleeding were lower versus warfarin across all CrCl categories.

Malignant disease: Efficacy outcomes were similar in the presence versus absence of malignant disease based on analysis of 1,153 patients who developed a cancer during the study period.27 The authors considered that edoxaban may provide a practical alternative to warfarin in this population, given the challenges with warfarin therapy in this group, including maintaining INR and managing frequent interruptions in therapy for invasive procedures.

Race: Lower trough edoxaban concentrations and anti-Factor Xa activity may have contributed to a lower risk of intracranial haemorrhage and greater improvement in some secondary/tertiary net benefit outcomes in Asian versus other patients; efficacy regarding stroke prevention was preserved.28 Similar findings were reported for East Asian patients.29,30 Efficacy benefits for edoxaban versus warfarin were preserved in patients from Latin America, with a possible greater reduction in intracranial haemorrhage with edoxaban in these patients compared with patients from other regions.31

Figure 1 summarises safety outcomes from the overall ENSURE-AF population.9 The number of events was low and the 95% CI for each comparison are wide. Nevertheless, there was no significant excess of any category of bleeding associated with edoxaban treatment.

Several subgroup analyses have been reported from ENSURE-AF:

Clinical implications of these studies

The ENGAGE-AF TIMI-48 trial demonstrated non-inferiority for its primary composite outcome of adverse cardiovascular and thromboembolic events with edoxaban compared with warfarin targeted to INR 2.0–3.0. In addition, randomisation to edoxaban was associated with reduced risk of bleeding events compared with warfarin. An extensive series of additional analyses from this trial have shown that the therapeutic profile of edoxaban is comparable irrespective of patients’ age, BMI, renal function, prior cerebrovascular disease history, or ethnicity, among others.

ENSURE-AF is currently the largest evaluation of anticoagulant therapy in patients with AF undergoing cardioversion.35-39 It demonstrated that treatment with once-daily edoxaban was not associated with excess cardiovascular, thromboembolic or bleeding events in the main cohort and subgroups evaluated (although event rates were low and the study was not powered to demonstrate non-inferiority or superiority).

The therapeutic profile of edoxaban is consistent with other NOACs in the management of AF.40,41 It has equivalent efficacy with a reduction in bleeding complications compared with warfarin. The extensive evidence from subgroup analysis supports the clinical use of edoxaban across patients with a wide range of cardiovascular disease, medications, age, frailty, weight and renal function.

Introduction
2. Insights in stroke prevention in patients with a prior history of stroke or transient ischaemic attack
3. Insights in the treatment and prophylaxis of venous thromboembolism
4. Insights from primary care: opportunities and challenges

37. Flaker G, Lopes RD, Al-Khatib SM et al. Efficacy and safety of apixaban in patients after cardioversion for atrial fibrillation: insights from the ARISTOTLE Trial (Apixaban for Reduction in Stroke and Other Thromboembolic Events in Atrial Fibrillation). J Am Coll Cardiol 2014;63:1082–7. https://doi.org/10.1016/j.jacc.2013.09.062