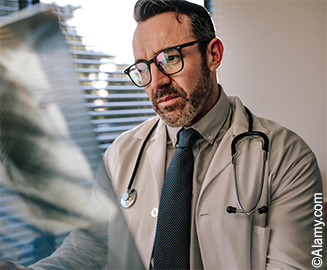 Venous thromboembolism (VTE) is a common source of morbidity and mortality: for example, the annual incidence of deep vein thrombosis (DVT) and pulmonary embolism (PE) in the UK have been estimated as 1/10,000 and 3–4/10,000 individuals, respectively, although the latter figure is considered to be an underestimate.1,2 The majority of cases of VTE occur during or following hospitalisation, and VTE has been described as the primary source of avoidable mortality in hospital;3 accordingly, more than 95% of such patients received a VTE risk assessment in 2016.4

Vitamin K antagonists (VKA), the standard of care for managing VTE for decades, are effective at reducing the risk of recurrence or stroke, but these drugs have a narrow therapeutic range, requiring frequent blood tests and adjustment of the dose.5 Warfarin, the most commonly used VKA, has pharmacodynamic and/or pharmacokinetic interactions with a wide range of medicines and other ingested substances that can increase the risk of recurrence of VTE, or of bleeding.6 The therapeutic class of non-VKA oral anticoagulants (NOACs) are as effective as warfarin for optimising outcomes, with a lower burden of treatment, and their therapeutic use in patients with VTE has increased in recent years.7 Edoxaban is a NOAC that acts by inhibition of clotting Factor Xa. This article summarises clinical outcomes from the Hokusai-VTE study,8 a randomised comparison of edoxaban versus warfarin, in patients with VTE.

The objective of the Hokusai-VTE study was to establish non-inferiority of the Factor Xa inhibitor, edoxaban, compared with the VKA, warfarin, which represented the standard of care at the time of the study.8 The trial population were adults (≥18 years) with acute, symptomatic DVT in the popliteal, femoral, or iliac veins or acute, symptomatic PE, with or without concomitant DVT. Exclusion criteria included prior receipt of more than one dose of a VKA, aspirin treatment at a dose of >100 mg or conditions likely to require use of warfarin or low-molecular weight heparin (LMWH). A total of 8,240 patients (4,921 with DVT and 3,319 with PE) were randomly allocated to treatment with once-daily edoxaban 60 mg or warfarin, with stratification for presence of DVT or PE and dose of edoxaban (see below).

Patients received initial treatment with enoxaparin or unfractionated heparin for at least five days. Warfarin was given concurrently with heparin, and edoxaban was given after discontinuation of heparin, each for at least three months and not more than 12 months, based on local clinical practice. The dose of edoxaban was reduced to 30 mg once daily, for patients with weight ≤60 kg, creatinine clearance 30–50 ml/min, or receipt of potent P-glycoprotein inhibitors. Treatment blinding was maintained using a double-dummy design, and performance of ‘sham’ international normalised ratio (INR) measurements in the edoxaban group, at the same (monthly) intervals as used for patients receiving warfarin.

The primary study outcome was the incidence of symptomatic recurrent VTE, defined as a DVT or fatal or non-fatal PE. Non-inferiority was achieved if the upper 95% confidence interval (CI) for the hazard ratio (HR) for the primary outcome for edoxaban versus warfarin did not exceed 1.5. Key secondary efficacy outcomes were this composite plus either all-cause death or cardiovascular death. The main safety outcome was the incidence of clinically relevant bleeding, defined as major or clinically relevant non-major (CRNM) bleeding. The primary end point and deaths related to PE were adjudicated; causality of other cardiovascular and bleeding events were defined on the basis of available objective evidence.

Outcomes in the Hokusai-VTE study

The rate of recurrent VTE on edoxaban achieved non-inferiority with warfarin during both the overall study period and the on-treatment period (p<0.001 for both, figure 1). There were no significant differences in outcomes between treatments for patients with DVT or PE at baseline. The main safety outcome, major or CRNM bleeding, was reduced significantly in the edoxaban group versus the warfarin group, driven mainly by a reduction in CRNM bleeding (figure 1). The HR for any bleeding was also reduced in favour of edoxaban.

Efficacy and safety outcomes were comparable between the overall population and patients who received edoxaban 30 mg (figure 1). The efficacy and safety of edoxaban versus warfarin was generally similar across a broad range of other pre-specified subgroups. There were no significant interactions between efficacy outcomes and demographic, disease or treatment characteristics. Subgroup analyses suggested a marginally greater reduction in the risk of the main safety outcome for edoxaban versus warfarin in patients <60 versus ≥60 years of age (p for interaction [pint] =0.0175), and in Asian patients versus other ethnicities (pint=0.0266), which are unlikely to be of clinical significance.

Other important post-hoc analyses from Hokusai-VTE

The incidence of major bleeding, a component of the main safety outcome was not reduced significantly by edoxaban versus warfarin/enoxaparin in the study, although there was a significant reduction in the risk of CRNM bleeds.8 An adjudicated analysis, conducted blinded to treatment, evaluated the nature of major bleeding events in the trial in terms of their clinical presentation (four categories ranged from non-emergency to causing death on or very soon after admission) and clinical course (a further four categories encompassing symptomatic treatment only, standard interventions such as transfusions, elaborate interventions for life-threatening events, and palliative care for events where the patient clearly could not be saved).10 The severest categories for clinical presentation of bleeds were assigned to 46% of major bleeds on edoxaban and 58% of major bleeds on warfarin (p=0.19). Corresponding incidences for the two most severe categories of clinical course were 23% for edoxaban and 29% for warfarin (p=0.46).

Dose and duration of treatment

The main trial analyses included data from patients eligible for the on-treatment modified intention-to-treat (mITT) or overall intention-to-treat (ITT) analyses, irrespective of the duration of their study treatment.8 A post-hoc analysis stratified the population according to duration of treatment broken down into three-monthly time windows.12 The risk of recurrent VTE did not differ significantly between treatments for any of these time windows, or for treatment from >3 months to 12 months (HR 0.97, 95% CI 0.7 to 1.4, in the ITT analysis). Effects on the main safety end point of clinically relevant bleeding also did not differ between treatments over this time period (HR 0.97, 95% CI 0.77 to 1.22). In contrast, there were fewer major bleeds on edoxaban versus warfarin during this extended period of treatment (HR 0.45, 95% CI 0.22 to 0.92).

A set of subgroup analyses published together evaluated the impact of age, comorbidity and polypharmacy on treatment outcomes in Hokusai-VTE (figure 2).13 The incidence of the primary efficacy outcome occurred in similar proportions of patients aged <65 years, 65 to <75 years and ≥75 years (3.0%, 4.1% and 2.5%, respectively, p for trend 0.1839), but increased with increasing age in the warfarin group (3.0%, 4.4%, and 5.0%, respectively, p for trend 0.0294). Consistent with these observations, there was a trend for lower HRs in favour of edoxaban as the age category increased (1.00, 0.97 and 0.52, respectively), although pint was not significant (pint=0.16). Rates for major bleeding or clinically relevant non-major bleeding increased with age category in both groups (7.5%, 9.0%, and 12.5%, respectively, for edoxaban, p for trend 0.0005; and 8.6%, 12.5%, and 15.1% respectively, for warfarin, p for trend <0.0001), again with no significant interaction between age category and outcomes (pint=0.50). Similar results for efficacy and safety outcomes were obtained when age 80 years was used as the cut-off value.

Similar results were obtained when patients were stratified according to increasing number of comorbidities (none, one or two, and more than two) and number of concomitant medications (two or less, three to five, and more than five). In each case, there was a significant trend for increasing incidence of recurrent VTE on warfarin but not edoxaban, and a significant trend for more major bleeding for both treatments, as these categories increased, without any significant treatment interactions. A net benefit outcome, incidence of VTE or major bleeding, increased in incidence with increasing values of age, comorbidity and polypharmacy similarly for both treatments.

Management of VTE in the outpatient setting

Discussion and clinical implications of the Hokusai-VTE study

The analysis of the nature of major bleeds on edoxaban demonstrated that these events were similar in presentation and clinical course to those occurring on a VKA, which should increase confidence in prescribing this agent.10 The main risk factors for bleeding events in Hokusai-VTE were female gender, concomitant antiplatelet therapy, anaemia (haemoglobin ≤10 g/dL), an existing diagnosis of hypertension, and current elevated systolic blood pressure (>160 mmHg).16 The observations of preserved efficacy and reduced major bleeding during extended treatment for edoxaban versus warfarin,12 and a preserved therapeutic profile in patients who require a dose reduction of edoxaban,11 are also reassuring. The observation that patients with milder presentation of initial VTE can be successfully managed at home has the potential to facilitate home-based treatment of these patients, in line with current management guidelines, facilitated by the more straightforward administration of a NOAC, compared with a VKA.15 Finally, increasing age, comorbidity and polypharmacy appeared to identify a vulnerable population at increased risk of clinically relevant bleeding (both treatment groups) and recurrent VTE (observed only in the warfarin group).13 Other studies have previously identified these patient characteristics as risk factors for VTE.17,18 Importantly, edoxaban was as effective, with a similar safety profile, as warfarin in all of these subgroups.13

The successful management of low-risk patients with VTE at home (as evidenced by comparable event rates with those managed in hospital) was an important finding from the study, and is consistent with guideline-based care. The management of PE is based on assessment of the risk of mortality, according to European guidance.25 High-risk patients present with shock or hypotension. Intermediate risk patients have a Class III–V pulmonary embolism severity index (PESI) score (or simplified PESI [sPESI] score ≥I), with evidence of right heart dysfunction and/or elevated cardiac biomarkers. Anticoagulation in hospital is recommended for patients at intermediate risk. Patients identified as being at low mortality risk (PESI Class I or II score) may be discharged early and treated with an anticoagulant at home. Current European clinical guidance recommends treatment at home for the majority of patients with DVT.26 However, recent evidence from Italy showed that about half of patients with DVT and about five-sixths of patients with PE were managed in hospital, and that a low-risk PESI score was not a significant predictor of where patients were managed.27

13. Vanassche T, Verhamme P, Wells P et al. Impact of age, comorbidity, and polypharmacy on the efficacy and safety of edoxaban for the treatment of venous thromboembolism: an analysis of the randomized, double-blind Hokusai-VTE trial. Thromb Res 2018;162:7–14. https://doi.org/10.1016/j.thromres.2017.12.005