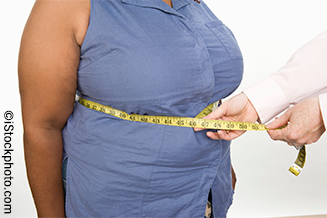 In 2019 approximately 463 million adults (20-79 years) were living with diabetes; by 2045 this will rise to 700 million.1 The proportion of people with type 2 diabetes is increasing in most countries. In 2019, 79% of adults with diabetes were living in low- and middle-income countries (figure 1).

In the UK the latest figures show that there are 3,919,505 people living with diabetes, 90% with type 2 diabetes (T2D) and perhaps as many as 1 million undiagnosed.2

Type 2 diabetes is a heterogenous disease with the contribution of genetic and environmental factors. Unlike monogenic diabetes (less than 1% of diabetes), there is a complex array of polygenic loci (>50 known) that contribute to the risk of developing type 2 diabetes. It is therefore not surprising that approximately 40% of patients have at least one parent with type 2 diabetes.

There is a large environmental contribution and type 2 diabetes is associated with obesity mainly as a consequence of dietary excess and sedentary lifestyle. A healthy diet, regular physical activity and maintaining a normal body weight are ways to prevent or delay the onset of type 2 diabetes. Indeed, the DiRECT study, an open label, cluster-randomised, controlled trial done in primary care practices in the UK with the intervention consisting of withdrawal of diabetes and antihypertensive drugs, total diet replacement (825–853 kcal per day formula diet for 12–20 weeks), stepped food reintroduction (2–8 weeks), and then structured support for weight-loss maintenance achieved sustained remissions at 24 months for more than a third of people with type 2 diabetes.3 Sustained remission was linked to the extent of sustained weight loss. However, despite a clear understanding of the link to diet and public health messages, the prevalence of type 2 diabetes continues to increase.

Although, historically, type 2 diabetes was considered to be an illness that comes on in older age, it is increasingly seen in younger patients usually in the context of morbid obesity.

Ethnicity has an influence with those with Asian, Pacific Islander and Afro-Caribbean ethnicity at higher risk interacting with excess calories and high energy diets of a developed and developing world. The risk of developing type 2 diabetes in some ethnic backgrounds can be seen with a body mass index (BMI) that would be considered to be normal.

You are more likely to develop type 2 diabetes if you:

Diagnostic criteria for diabetes including the use of HbA1c 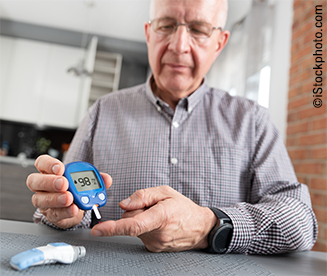 Unlike type 1 diabetes, type 2 diabetes often has a slow progression, perhaps with few symptoms, that may take years to manifest, all the while cardiovascular risk accruing. It is a biochemical diagnosis based on fasting blood glucose, random blood glucose (with symptoms), two-hour plasma glucose post-75 g-oral glucose challenge and, more recently, haemoglobin A1c (HbA1c) (see table 1). If HBA1c is normal, but there is strong clinical suspicion of type 2 diabetes, then fasting blood glucose and/or an oral glucose tolerance test is needed. HbA1c should not be used in diagnosing gestational diabetes where the diagnostic criteria are different.

There is a disease spectrum including those with glucose tolerance (IGT) and impaired fasting glucose (IFG) which reflect the natural history of type 2 diabetes and are associated with an increased risk of going on to have a diagnosis of the condition (figure 2). Those on the pre-diabetes spectrum are an interesting group as they share with those with established type 2 diabetes increased risk of cardiovascular disease.

Type 2 diabetes develops initially as insulin resistance initially in muscle in the context of obesity. Insulin has a catabolic function promoting storage of excess calories as fat. As obesity develops, beta cells make more insulin in response, but after time begin to fail leading to raised blood glucose. The interplay between insulin resistance and beta cell failure varies on the individual, with hyperglycaemia itself having a considerable impact on beta cell function although the precise mechanisms of the neuro-hormonal mechanisms between beta cells and insulin sensitive tissues (heart, skeletal muscle and adipose tissue) are not fully understood (figure 3).

Chronic hyperglycaemia contributes to the development of cardiovascular disease. In the Emerging Risk Factors Collaboration meta-analysis of data for 698,782 people (52,765 non-fatal or fatal vascular outcomes; 8.49 million person-years at risk) from 102 prospective studies:

Therefore, type 2 diabetes confers about a two-fold excess risk for a wide range of vascular diseases, independently from other conventional risk factors. In people without diabetes, fasting blood glucose concentration is modestly and non-linearly associated with risk of vascular disease. At an adult population-wide prevalence of 10%, diabetes was estimated to account for 11% (10–12%) of vascular deaths.

In the UK Prospective Diabetes Study (UKPDS)*, 3,867 newly diagnosed patients with type 2 diabetes, median age 54 years, were randomly assigned to intensive treatment with a sulfonylurea or insulin versus diet alone and followed up 10 years.8 In UKPDS:

Learning point
It is this study that has resulted in metformin being considered the first line oral glucose lowering agent in most guidelines.

The Action in Diabetes and Vascular Disease: Preterax and Diamicron Modified Release Controlled Evaluation (ADVANCE) trial randomised 11,140 patients with type 2 diabetes to undergo either standard glucose control or intensive glucose control, based on initial use of modified release gliclazide plus any additional treatment with target HbA1c 6.5% (48 mmol/mol) or less.10 Primary end points were composites of major macrovascular events (death from cardiovascular causes, nonfatal myocardial infarction, or nonfatal stroke) and major microvascular events (new or worsening nephropathy or retinopathy). Follow-up was for a median of five years. In ADVANCE:

The Action to Control Cardiovascular Risk in Diabetes (ACCORD)* study used the standard range of available therapies at the time including sulfonylureas, metformin, thiazolidinediones, insulin, dipeptidyl peptidase-4 (DPP-4) inhibitors and exenatide to intensify therapy.11 10,251 patients (mean age, 62.2 years) with a median HbA1c 8.1% were assigned to receive intensive therapy (targeting a HbA1c <6.0% (42 mmol/mol)) or standard therapy (targeting a level from 7.0 to 7.9% (53 – 63 mmol/mol)). Median follow up was for 3.5 years. In ACCORD:

In the Veteran Affairs Diabetes Trial (VADT), 791 military veterans (mean age 60.4 years) who had a suboptimal response to therapy for T2D, received either intensive (targeting an absolute reduction of 1.5% (7 mmol/mol) or standard glucose control.12 Other cardiovascular risk factors were treated uniformly in both groups. The primary outcome was the time from randomisation to the first occurrence of a major cardiovascular event. This was a composite of myocardial infarction, stroke, death from cardiovascular causes, congestive heart failure, surgery for vascular disease, inoperable coronary disease, and amputation for ischaemic gangrene. The median follow-up was for 5.6 years. In VADT:

There was a considerable amount of debate at the time as to what targets were appropriate for patients with type 2 diabetes and whether or not treating glucose in itself was likely to accrue benefit. Diabetes guidelines were generally advising first line use of metformin with glycaemic targets and time to achieve them influenced by ADVANCE, ACCORD and VADT, but embedded within a multi-factorial approach best illustrated by the STENO-2 study.13

The Steno-2 Study randomly assigned 160 patients with type 2 diabetes and persistent microalbuminuria to receive either intensive therapy or conventional therapy. The primary end point at 13.3 years of follow-up was the time to death from any cause. In Steno-2:

Problem of heart failure in people with type 2 diabetes

Type 2 diabetes is highly prevalent in those patients with heart failure and the prevalence is increasing. It is now more common for those with type 2 diabetes to present with heart failure as the initial presentation of cardiovascular disease rather than acute myocardial infarction. It is particularly common in the elderly, perhaps up to 30%, especially if obese. The combination of type 2 diabetes and heart failure with preserved ejection fraction (HFpEF) is associated with a higher risk of mortality. Part of this increase in mortality is that it is often unrecognised compounded by lack of evidence as to best treatment. Indeed as the number of hospitalisations for heart failure with reduced ejection fraction (HFrEF) falls, hospitalisation for HFpEF will become the bigger challenge.

In the Candesartan in Heart failure: Assessment of Reduction in Mortality and morbidity (CHARM) programme a post-hoc analysis was done to assess the impact of diabetes on outcomes.14 The CHARM programme randomised 7,599 patients with symptomatic heart failure and a broad range of ejection fractions. In CHARM:

Following concerns about an increased risk of cardiovascular morbidity and mortality with the PPARɣ agonist, rosiglitazone, resulting in it losing its marketing authorisation, since 2008 the Food and Drug Administration (FDA) in the US and the European Medicines Agency (EMA) have mandated that all treatments in development for type 2 diabetes should undergo cardiac safety testing.15,16 This has meant that all type 2 diabetes drugs in development have to have clinical study evidence to confirm cardiovascular safety. Given that the safety signal of concern was relating to atherosclerotic outcomes, the primary end point for these safety studies was to use a composite end point of major adverse cardiovascular events (MACE). This was usually a three-point MACE including death, non-fatal MI and non-fatal stroke, but occasionally MACE plus which also includes hospitalisation for unstable angina (figure 4).

These safety trials in people with type 2 diabetes have recruited participants with either established atherosclerotic cardiovascular disease or at increased risk of cardiovascular disease due to the presence of other risk factors, including chronic kidney disease, microalbuminuria or proteinuria. They have been designed to meet the FDA/EMA requirement of non-inferiority over a short period (two-years duration). Baseline heart failure and renal function was recorded by local investigators and, although at times poorly recorded, secondary end points including heart failure and renal outcomes have been included.

Trials have reported for DPP4 inhibitors, GLP-1 receptor agonists and SGLT2 inhibitors, and these are described in detail in modules 3 and 4. Some have been shown to be superior to standard treatment for the primary outcome, but clinical investigators have modified trial designs to explore secondary outcomes including heart failure and progression of renal disease. As of 2016, approximately 200,000 patients had been recruited into CVOTs.

The CVOTs have had a significant impact on clinical guidelines with selection of agent largely recommended on the basis of patient characteristics, including the presence of cardiovascular and renal disease, with the aim of improving prognosis with anti-diabetes drugs that have benefit beyond reducing HbA1c.

14. MacDonald MR, Petrie MC, Varyani F et al. on behalf of the CHARM investigators. Impact of diabetes on outcomes in patients with low and preserved ejection fraction heart failure: an analysis of the Candesartan in Heart failure: Assessment of Reduction in Mortality and morbidity (CHARM) programme. Eur Heart J 2008;29:1377–85. https://doi.org/10.1093/eurheartj/ehn153

“Wonderful update on treatment of PAH”