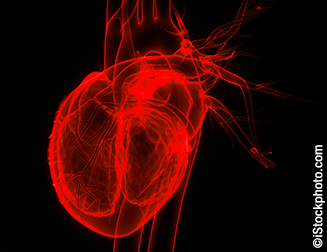 As described in module 1, since 2008, the Food and Drug Administration (FDA) in the US and the European Medicines Agency (EMA) in Europe have required new drugs for the treatment of diabetes to demonstrate cardiovascular safety, usually including a double-blind placebo-controlled cardiovascular outcome trial (CVOT).1,2 The focus on safety has been particularly on atherosclerotic outcomes, so the primary end point required for the FDA was either the composite end point of major cardiovascular events (MACE), a composite of cardiovascular death, nonfatal myocardial infarction, and nonfatal stroke, or MACE plus, with the addition of hospitalisation for unstable angina. Hospitalisation for heart failure (HFH) could be included as a secondary outcome but was not part of the primary composite end point. A small number of other investigator-initiated studies have been completed with older antidiabetic drugs using similar methodology and study design to the FDA mandated trials.

The inclusion criteria for the safety trials have been patients with type 2 diabetes and either established atherosclerotic cardiovascular disease or patients with type 2 diabetes at increased risk of cardiovascular disease (CVD) due to the presence of other risk factors, including chronic kidney disease, microalbuminuria or proteinuria. Baseline heart failure was recorded in these trials by the local clinical investigator who recruited the subject to the trial but generally the diagnosis of heart failure was not well characterised.

SAVOR-TIMI 53 involved 16,492 patients with type 2 diabetes and established atherosclerotic CVD or multiple risk factors for vascular disease who were followed for a median of 2.1 years (table 1). Baseline CVD included investigator-diagnosed heart failure in 2,105 patients (13%). The results of SAVOR-TIMI 53 were:

The three subsequent CVOTs with DPP-4 inhibitors are described in table 1. TECOS (Trial Evaluating Cardiovascular Outcomes with Sitagliptin) was an investigator-initiated trial comparing sitagliptin and placebo in 14,671 subjects with a median follow-up of three years using similar methodology to the FDA-mandated CVOTs.7 In TECOS:

In CARMELINA and CAROLINA:

Thus, CVOTS with DPP-4 inhibitors have satisfied the criteria for cardiovascular safety, with no increase in atherosclerotic events, but no cardiovascular benefits – there was no reduction in MACE, HFH, or renal composite events, and a possible increase in HFH with saxagliptin and alogliptin. On the plus side, no other safety issues became evident during these trials. 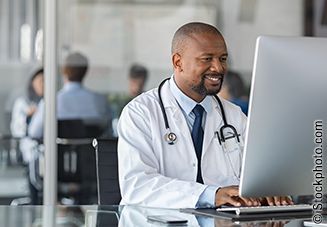 The first completed and published CVOT with a GLP-1 receptor agonist was ELIXA (Evaluation of Lixisenatide in Acute Coronary Syndrome) with lixisenatide.10 ELIXA assessed the safety of lixisenatide versus placebo in 6,068 patients with type 2 diabetes and a recent ACS with a median follow-up period of 25 months (table 2). Participants were diagnosed with ACS, defined as MI (ST elevation or non-ST elevation) or hospitalisation for unstable angina, in the 180 days preceding randomisation. ELIXA showed:

One year later, LEADER (Liraglutide Effect and Action in Diabetes: Evaluation of Cardiovascular Outcome Results) was the first of several CVOTs with GLP-1 receptor agonists to demonstrate significant reductions in MACE comparing GLP-1 receptor agonists and placebo injection.11 LEADER included 9,340 patients with established CVD or cardiovascular risk who were randomised to receive liraglutide (1.8 mg once daily or maximum tolerated dose) or placebo with median follow-up of 3.8 years. In LEADER:

Five subsequent trials with subcutaneous GLP-1 receptor agonists have shown varying results (table 2).13-17 SUSTAIN-6 (Trial to Evaluate Cardiovascular and Other Long-term Outcomes with Semaglutide in Subjects with Type 2 Diabetes) was the first completed CVOT with a once-weekly GLP-1 receptor agonist.13 3,297 patients with type 2 diabetes were randomised to receive once weekly semaglutide (0.5 mg or 1 mg) or placebo in a 1:1:1 ratio for 104 weeks. Patients had established CVD, chronic kidney disease, or both, or raised cardiovascular risk. SUSTAIN-6 was performed as a pre-licensing safety study so non-inferiority for MACE was the primary outcome and testing for superiority for the primary outcome was not prespecified or adjusted for multiplicity. In SUSTAIN-6:

The twice-daily formulation of exenatide was approved by the FDA before the new safety requirements were in place. EXSCEL (Exenatide Study of Cardiovascular Event Lowering Trial) was a large study, which randomised 14,752 patients to receive extended-release exenatide or placebo once weekly with a median of 3.2 years follow-up.14 EXSCEL was designed with elements of a ‘pragmatic’ trial and subjects were seen every six months by the investigators. A major deficiency of EXSCEL is a very high rate of discontinuation (45% in the placebo group, 43% in the exenatide group). Consequently, there was a lower than expected exposure to the intervention. In EXSCEL:

REWIND (Researching Cardiovascular Outcomes with a Weekly Incretin in Diabetes) was different from earlier CVOTs with GLP-1 receptor agonists as the majority of subjects were recruited because of increased cardiovascular risk (69%) and the minority (31%) had a history of CVD.16 In REWIND:

The most recent CVOT with a GLP-1 receptor agonist was the preapproval PIONEER (Peptide Innovation for Early Diabetes Treatment) 6 trial with the oral formulation of semaglutide.17 This included 3,183 subjects with established CVD, chronic kidney disease, or cardiovascular risk factors, with a median time in the trial of 16 months. In PIONEER 6:

The seven CVOTs described above have been included in a meta-analysis, which demonstrated significant reductions in MACE, cardiovascular death, MI and stroke.18 The benefits were most evident in patients with established atherosclerotic CVD. There were also reductions in all-cause mortality, and renal composites mainly due to reductions in urinary albumin excretion. A significant 9% reduction was seen in HFH in the meta-analysis, driven by the HFH events in the Harmony Outcomes trial, with little effects on HFH in the other trials.

Thus, several GLP-1 receptor agonists have demonstrated reductions in atherosclerotic cardiovascular events and in proteinuria, with minimal if any reductions in hospitalisation for heart failure.

DPP-4 inhibitors are currently widely used as a treatment for type 2 diabetes and in the UK have surpassed sulfonylureas as the drug class which is most commonly initiated after metformin. They have few side effects and are of low to moderate efficacy. However, the lack of any cardiovascular benefit means that these drugs should now be reserved for a small group of patients where avoidance of weight gain or avoidance of hypoglycaemia is the main clinical issue.

By contrast, GLP-1 receptor agonists are highly efficacious but are rarely used as a second-line drug and, at this point in time, are often relegated to third- or fourth-line despite the clear cardiovascular and renal benefits, which have been demonstrated in multiple CVOTs and meta-analysis, and their inclusion in most guidelines on the management of type 2 diabetes. The availability of the oral formulation of semaglutide may facilitate the earlier use of this class than the subcutaneous GLP-1 receptor agonists.

The pattern of cardiovascular benefits seen with GLP-1 receptor agonists is different to the benefits that have been seen with SGLT2 inhibitors (see module 4) with a slower separation in MACE, and minimal effect on HFH. In addition, the renal benefits are mostly in reductions in albuminuria, with minimal if any effect on eGFR. The updated consensus report from the American Diabetes Association (ADA) and the European Association for the Study of Diabetes (EASD) recommends the use of GLP-1 receptor agonists to reduce the risk of MACE in patients with type 2 diabetes and established atherosclerotic CVD (such as prior MI, unstable angina, coronary revascularisation) as the level of evidence for MACE benefit is greater than for SGLT2 inhibitors.20 Cardiologists should consider the initiation of a GLP-1 receptor agonist when these patients are consulted in outpatients, admitted to hospital, or attend for cardiac rehabilitation.

Within the GLP-1 receptor class, clear cardiovascular benefits have been demonstrated with liraglutide, subcutaneous semaglutide and dulaglutide, with less certain benefit from oral semaglutide and once-weekly exenatide, and no demonstrable benefit from lixisenatide. Several mechanisms of benefit have been suggested for GLP-1 receptor agonists (figure 1) and the effects of different GLP-1 receptor agonists on these factors may be different.21 Lixisenatide and exenatide are based on the exendin 4 peptide which differs considerably from native GLP-1 whereas liraglutide, semaglutide and dulaglutide are GLP-1 analogues, and this may be a possible explanation for the differing results.