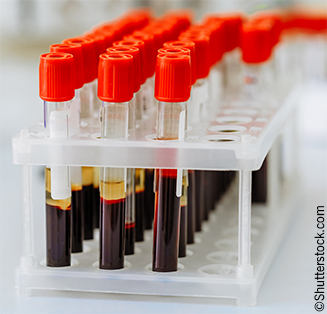 Iron deficiency has a major impact on cellular function, which is important in patients with heart failure with reduced ejection fraction because the prevalence is high. Interestingly, iron deficiency is not synonymous with anaemia – 50–73% of heart failure (HF) patients are iron deficient, yet 46% are not anaemic.1 The familiar response to treatment with iron, an increase in haemoglobin, does not always occur with iron treatment in patients with heart failure, yet replenishment does improve mitrochondrial function. It is notable that iron-containing proteins have a vital role in cellular energy metabolism. Remarkably, very few (1.5%) HF patients actually undergo assessment of iron status.1 Clearly, absolute iron deficiency mandates appropriate investigations to determine the underlying cause.

History of iron from oral to intravenous

Oral iron supplementation is immediately attractive to clinicians, it is easy to administer and cheap, although it causes gastrointestinal perturbation such as thick green tenacious stool, which often results in poor adherence. Could oral iron administration be efficacious in the setting of heart failure with reduced ejection fraction (HFrEF) where hepcidin, the main regulator of iron uptake and release, is increased, potentially limiting the uptake of oral iron (figure 1)?2

There are very few studies investigating oral iron therapy in patients with HF and iron deficiency. The efficacy of oral iron administration in HFrEF was explored in the IRONOUT study, which sought to determine whether administration improved maximal oxygen uptake capacity in patients with HFrEF and iron deficiency.3 The form of oral iron used in this study was iron polysaccharide, which is not a form of iron available in the UK. Participants were randomised to oral iron for 16 weeks or placebo. The study found no benefit from oral iron on exercise capacity in any subgroup.4,5

The purpose of iron supplementation is to replenish low iron stores. Analysis of the IRONOUT study was salutary, the effect of iron polysaccharide administered orally was disappointing. The transferrin saturations (TS) increased by only 3% and ferritin by 11 ng/ml after 16 weeks. However, the duration of the study was relatively short, additionally, iron polysaccharide, is not a commonly used preparation and is not universally available.

Intravenous (IV) iron in the form of ferric carboxymaltose was used in the CONFIRM-HF study: TS increased by 5.7%, ferritin by 200 ng/ml, yet haemoglobin by only 1 g/dL at one year. While the latter may appear disappointing, it should be remembered that iron is present in a wide range of cells beyond haemoglobin, and iron infusions are associated with improved mitochondrial function, including those in myocytes, in heart failure patients.6 Furthermore, exercise intolerance in patients with HFrEF and iron deficiency is likely to be independent of haemoglobin. A single infusion of iron can result in changes compatible with several weeks of exercise training.

Disappointing results with oral iron and early studies with IV iron reporting beneficial symptomatic effects led to further evaluation of IV iron. Intravenous iron therapy has evolved from the early inauspicious start. Intravenous iron is composed of two elements, the iron hydroxide core, which is surrounded by a protective carbohydrate shell (figure 2).7 The original IV iron’s carbohydate shell did not bind the iron well, resulting in the release of labile free iron, with associated toxicity, tarnishing the reputation of IV iron treatment.8 Subsequently, intramuscular iron was developed, but was unpopular with patients due to buttock staining, and the need for repeated painful injections.9

Parenteral treatment was developed with the introduction of high molecular weight (HMW) iron dextran, but these tarnished the safety reputation of IV iron due to the relatively high risk of anaphylaxis, and HMW iron dextran was removed in 2009.10 The development of recombinant erythropoetin spurred the development of modern iron formulations, such as low molecular weight iron dextran (e.g. Cosmofer®▼), which have relatively few side effects but do require dilution in a large volume, which potentially can be troublesome for heart failure patients. These have been used widely, and nowadays they may be substituted at pharmacy level due to cost for more modern irons, with relatively few side effects.11

Over time, improvements in the formulation of the carbohydrate shell slowed the release of free iron into the circulation, allowing larger doses of IV iron to be administered over shorter periods. For these modern IV iron formulations, each patient should be observed for adverse effects for at least 30 minutes following each administration. Facilities for cardio-respiratory resuscitation and equipment for handling acute anaphylactic/anaphylactoid reactions should be available. These modern irons have different pharmokinetic profiles (figure 3).12 Two common IV iron preparations in routine use are ferric carboxymaltose (Ferinject®▼, Vifor Pharma) and ferric derisomaltose (Monofer®▼, Pharmacosmos). (Editors’ note: ferric derisomaltose was formerly known as iron isomaltoside and the current name is used throught this article). Table 1 describes the differences between irons. Both have complex carbohydrate shells, without dextran and with a low immunogenic potential minimising risk of anaphylaxis. Ferric derisomaltose has a unique matrix structure limiting the release of free iron. Due to their unique formulations, particularly the pharmokinetic profile, different iron preparations cannot be regarded as bioequivalent, as their pharmocokinetic profiles are different. While high doses of both products may be administered over a short space of time, ferric derisomaltose allows for more iron (2 g rather than 1 g) to be given over 30 minutes, which is attractive in minimising patients attendance and maximising clinic efficiency.

Efficacy and tolerability of iron

HF is associated with substantial morbidity and mortality, and as iron deficiency is fairly ubiquitous, treatment with iron is an attractive strategy. Trials of IV iron in patients with heart failure with reduced ejection fraction have shown an appealing improvement in symptoms.

Early small studies13 reported a significant symptomatic benefit from IV iron in HFrEF, leading to larger studies of IV ferric carboxymaltose (CONFIRM-HF, EFFECT-HF, FAIR-HF – table 2) with a variety of symptomatic outcome measures.5,6,14 As one might expect, these exploratory studies recruited relatively small numbers of participants (maximum 459), followed-up over a relatively short period of time, between six and 12 months, demonstrated that administration of IV iron treatment was associated with reduced symptomatic decline. Promisingly, hospitalisation for worsening HF, a secondary end point in the CONFIRM-HF study, were significantly reduced.15 Since these publications, international guidelines have encouraged the use of other HF treatments, such as cardiac resynchronisation therapy, which has become widely available, and subsequently, mineralocorticoid receptor antagonists and angiotensin receptor-neprilysin inhibitors have become standard therapy for a subset of HFrEF patients.

Side effects of IV iron including hypophosphataemia

The safety profile of IV iron continues to influence clinicians’ decisions, particularly concern regarding serious allergic reactions. Widespread use of IV iron in dialysis patients using modern formulations have shown the incidence of serious adverse events is less than 1:200,000.16 The perception of danger from IV iron relates to two common adverse events: minor infusion reactions likely to be complement mediated and, in the past, a hypersensitivity reaction from pretreatment with diphernyhydramine. The former consists of mild myalgia or facial flushing, these abate without treatment, and plasma tryptase levels are normal, but concern arises due to the historical association of high dextran IV iron with anaphylaxis. Often infusions can re-commence after a minor reaction, usually administered at a slower rate.

It is postulated that theoretically free iron could potentially cause oxidative stress resulting in adverse cardiovascular events. Ferritin and transferrin sequestrate free iron, but it is conjectured that IV iron could saturate the proteins’ ability to bind iron, with poorly bound iron reacting with hydrogen peroxide (Fenton reaction) resulting in generation of hydoxyl radicals. Hydoxyl radicals are highly toxic, denaturing proteins, DNA and lipids – however, a study of dialysis patients did not find any greater risk of events compared with controls.17

Another concern is that IV iron could be associated with infections, yet prospective data suggest the opposite. Inferential reports link the two, but this allegation has been rejected by trials in both renal18 and HF patients.5

Ideally, efficient administration of IV iron will minimise patient attendance and staff time. Hence, the dose of IV iron administered will impact on frequency of re-dosing depending on how many sessions are required to replenish the iron deficit. Prospective clinical trials have allayed concern about administering high doses of IV iron compared with low doses, with a notable safety profile in a dialysis-dependent population, which found a diminished risk of cardiovascular events in patients treated with high-dose iron.25

Could IV iron effect hard outcomes? Post-hoc analysis of the CONFIRM-HF study supported the hypothesis that treatment with IV iron was associated with reduced hospitalisation. An individual patient data meta-analysis of 839 patients found IV iron treatment was associated with a significant reduction in the risk of HF hospitalisation and cardiovascular mortality (rate ratio 0.59, 95% confidence interval 0.4 to 0.88, p=0.009).15

Uncertainty remains about the long-term benefits of IV iron on cardiovascular outcomes, its safety and efficacy. Fortunately, ongoing clinical trials in symptomatic acute and chronic HFrEF patients with iron deficiency (table 3) powered to determine the effect on mortality and hospitalisation should provide an answer. The studies consist of three with ferric carboxymaltose and one with ferric derisomaltose allowing some comparison between the products.

In addition, we do not know whether total iron replenishment in one session should be favoured over more frequent smaller dose IV iron infusions. Lastly, should those patients re-develop iron deficiency, should they receive a top up dose and when should re-testing occur?

Iron deficiency appears to a propitious therapeutic target for patients with HFrEF, with auspicious symptomatic outcomes seen in initial studies. Longer-term clinical trials are exploring the effect on morbidity and mortality of IV iron treatment in iron deficient HFrEF patients.

United Kingdom treatment of iron deficiency in heart failure: are we missing opportunities?

Iron deficiency – the invisible comorbidity in HF: prioritising QoL as a target for treatment

Medical knowledge is constantly changing. As new information becomes available, changes in treatment, procedures, equipment and the use of drugs become necessary. The editors/authors/contributors and the publishers Medinews (Cardiology) Ltd have taken care to ensure that the information given in this text is accurate and up to date at the time of publication.

Readers are strongly advised to confirm that the information, especially with regard to drug usage, complies with the latest legislation and standards of practice. Medinews (Cardiology) Limited advises healthcare professionals to consult up-to-date Prescribing Information and the full Summary of Product Characteristics available from the manufacturers before prescribing any product. Medinews (Cardiology) Limited cannot accept responsibility for any errors in prescribing which may occur.

The opinions, data and statements that appear are those of the contributors. The publishers, editors, and members of the editorial board do not necessarily share the views expressed herein. Although every effort is made to ensure accuracy and avoid mistakes, no liability on the part of the publisher, editors, the editorial board or their agents or employees is accepted for the consequences of any inaccurate or misleading information.

© Medinews (Cardiology) Ltd 2021. All rights reserved. No part of this publication may be reproduced, stored in a retrieval system, or transmitted in any form or by any means, electronic, mechanical, photocopying, recording or otherwise, without the prior written permission of the publishers, Medinews (Cardiology) Ltd. It shall not, by way of trade or otherwise, be lent, re-sold, hired or otherwise circulated without the publisher’s prior consent.