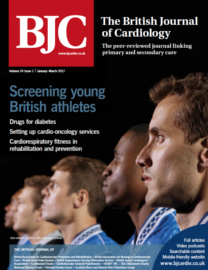 Optimising BP measurement and treatment before elective surgery: taking the pressure off

Hypertension remains a significant burden on mortality and morbidity, contributing to increasing costs to healthcare provision globally. There is detailed evidence-based guidance on the diagnosis and treatment of hypertension in the community, however, during the peri-operative period for elective surgery, consideration of an elevated blood pressure remains a conundrum. This is a consequence of paucity of evidence, particularly around specific blood pressure cut-offs deemed to be clinically safe. Postponement of planned surgical procedures due to elevated blood pressure is a common reason to cancel necessary surgery. A sprint audit of 11 West London Hospitals with national audit data indicated that the number of cancellations was 1–3%, equating to approximately 100 cancellations per day in the UK.1 This suggests that approximately 39,730 patients per year may have had a cancellation of a surgical procedure owing to a finding of pre-operative hypertension.2 The Association of Anaesthetists of Great Britain and Ireland (AAGBI) together with the British Hypertension Society (BHS) recognise the need for a nationally agreed policy statement on how to deal with raised blood pressure in the pre-operative period and have jointly published guidelines titled: “The measurement of adult blood pressure and management of hypertension before elective surgery” in the journal Anaesthesia.2

Cardiovascular screening of young athletes with electrocardiography in the UK: at what cost?

The promotion of exercise as a positive and powerful health intervention has never been more important, when consideration is given to the global epidemic of disease states related to a sedentary lifestyle. However, intensive exercise may be a trigger for sudden cardiac death in individuals harbouring quiescent cardiovascular diseases. Indeed, hereditary and congenital abnormalities of the heart are the most common cause of non-traumatic death during sport in young athletes.1

Improvements in cardiorespiratory fitness (CRF) are associated with better health outcomes. The Chester step test (CST) is used to assess the changes in CRF following a protocol-driven cardiovascular prevention and rehabilitation programme (CPRP) entitled MyAction. CRF expressed as predicted VO2max, can be influenced by physiological adaptations and/or retest familiarity-efficiency. Therefore, we employed an index ratio between oxygen uptake and heart rate (O2 pulse) to determine if the improvement in CRF is related to a true physiological adaptation.

In total, 169 patients, mean age 66.8 ± 7.3 years attended a 12-week MyAction CPRP. All were assessed using the CST on the initial and end-of-programme assessment. O2 pulse was estimated from the CST and was calculated by dividing VO2 into the exercise heart rate multiplied by 100.

In conclusion, O2 pulse provides transparency on the physiological adaptations following a CPRP and can be used to help patients recognise the benefits of exercise training. For example, the average patient increased his/her O2 pulse by 0.6 ml/beats and saved 4–7 heart-beats on the CST.

Impact of HF on HRQoL in patients and their caregivers in England: results from the ASSESS study

Heart failure (HF) is a chronic, symptomatic and progressive disease associated with reduced health-related quality of life (HRQoL) in both patients and their caregivers. This study assessed the HRQoL of HF patients (n=191; mean age 70 [range 21–95] years; New York Heart Association [NYHA] class II–IV) and their caregivers (n=72; mean age 69 [range 43–88] years) in England. Patients had poor HRQoL assessed by the EQ-5D-5L weighted index (mean ± standard deviation [SD] 0.60 ± 0.25 [normal 0.78 ± 0.26 for people aged 65–74 years]). The impact of HF on patients’ HRQoL varied markedly; importantly, the extent of comorbidity most influenced the reduction in patients’ HRQoL, as well as disease-related symptoms. The impact on HRQoL on caregivers of patients with HF was on average limited, with the EQ-5D-5L index for caregivers (0.75 ± 0.18) in-line with the normal values for their age range. However, as with the patients, the impact on HRQoL varied markedly, with some caregivers having a bad caregiving experience as measured by the Carer Experience Scale weighted index. This study provides important information on the impact on HRQoL and burden of HF for patients and their caregivers.

Reperfusion, conditioning and the ongoing search for the holy grail

Dipeptidyl peptidase-4 (DPP-4) inhibitors are one of two classes of antidiabetes drugs that mediate their glucose-lowering effect through the incretin pathway. They are administered orally and offer significant glucose-lowering with a neutral weight profile and a low risk of hypoglycaemia. Three large randomised-controlled trials have demonstrated cardiovascular safety, with no increase in major adverse cardiovascular events comparing DPP-4 inhibitors (saxagliptin, alogliptin and sitagliptin) with placebo. An increase in heart failure hospitalisation was noted with saxagliptin compared with placebo, and a similar increase was also noted in one subgroup receiving alogliptin compared with placebo. Further cardiovascular safety trials with DPP-4 inhibitors are ongoing, including a trial comparing the DPP-4 inhibitor linagliptin with the sulphonylurea glimepiride.

In this article, we explain the clinical requirement for cardio-oncology services and reflect on our experiences in setting these up at Barts Heart Centre and at University College London Hospital.

Book review: Echocardiography – a practical guide for reporting and interpretation

Enhanced understanding of organ fibrosis and novel therapeutic targets were the focus of many presentations at last year’s 11th Annual Scientific Meeting of...

A ‘paradigm shift’ in the treatment of heart failure created an atmosphere full of excitement at the 19th British Society for Heart Failure (BSH)...

News from the AHA Scientific Sessions 2016

There was good news about the safety of a COX2 inhibitor, reduced bleeding with an oral anticoagulant and atheroma regression with a PCSK9 inhibitor...