Heart failure is one of the most common conditions in industrialised society. Plasma N-terminal prohormone of brain natriuretic peptide (NT-ProBNP) levels are raised in heart failure and increase with severity and New York Heart Association functional class. A NT-ProBNP level guided community echocardiogram service has been in place at Southend University Hospital since 2005. A previous audit of the service in 2006 showed that a cut-off point of 300 pg/ml provided a negative predictive value of 97% for detecting significant left ventricular systolic dysfunction, defined as an estimated ejection fraction of less than 40%. We have now repeated the audit for the calendar year 2008 and have shown that an additional cut-off point of 450 pg/ml can be applied to the over 75 age group with a reassuring negative predictive value of 96%. 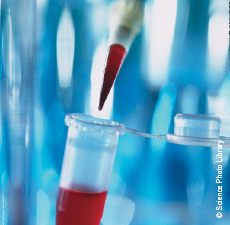 Heart failure is one of the most common conditions in industrialised society. Today, in the UK, around 900,000 people have heart failure with a further similar number who have yet to develop symptoms.1 Heart failure is predominantly a disease of the elderly, and the increasing age of the population, combined with improvements in the treatment of ischaemic heart disease (IHD), account for the increasing prevalence.

Heart failure has a poor prognosis: just under 40% of patients diagnosed with heart failure die within a year, depending on initial severity, although, thereafter, mortality is less than 10% per year. This suggests that a prompt diagnosis and treatment would be beneficial in reducing morbidity and mortality in those patients who do have heart failure.

Echocardiogram is recognised as the gold standard test for diagnosing heart failure. However, there are a number of issues around the diagnostic test that need to be taken into account:

Plasma N-terminal prohormone of brain natriuretic peptide (NT-ProBNP) levels are raised in heart failure and increase with severity and New York Heart Association (NYHA) functional class. It is already known that natriuretic peptide levels provide sensitive (and reasonably specific) tests for the diagnosis of heart failure and left ventricular systolic dysfunction. While echocardiogram is considered to be the gold standard, a brain natriuretic peptide (BNP) test can be performed as a precursor to echocardiogram, and BNP testing has been shown to be cost-effective in primary care for the diagnosis of heart failure.2,3 Heart failure is unlikely in the presence of a normal electrocardiogram (ECG) and negative BNP test. Using BNP testing as a ‘rule out’ test will mean fewer inappropriate referrals to secondary care. There are currently no national guidelines as to the cut-off level to be set for triggering referral for echocardiography, although Cowie et al.4 have recently published recommended cut-off points for use of natriuretic peptides as a ‘rule out’ test in the heart failure diagnostic pathway.

A NT-ProBNP level guided community echocardiogram service has been in place at Southend University Hospital since 2005. The test is requested by the local primary care practitioners if they suspect heart failure. A positive test (currently a NT-ProBNP level >300 pg/ml) is automatically forwarded to the cardiology department by the biochemistry laboratory and an out-patient transthoracic echocardiogram appointment is sent to the patient. Following the echocardiogram, the patients are seen in the out-patient clinic for assessment and treatment. General practitioners also have direct access to out-patient echocardiogram requests, as well as directly referring patients to the cardiology out-patient department, although, due to waiting times, the NT-ProBNP pathway allows for more rapid exclusion of significant left ventricular systolic dysfunction. A previous audit of the service in 2006 showed that a cut-off point of 300 pg/ml provided a negative predictive value of 97% for detecting left ventricular systolic dysfunction, defined as an estimated ejection fraction of less than 40%. The aim of this repeat audit was to assess whether an age-related cut-off could be introduced, as NT-ProBNP levels are known to rise with age.

A total of 2,241 plasma NT-ProBNP tests were processed by the biochemistry laboratory at Southend University Hospital from January 2008 to December 2008.
There were 806 (36%) tests with levels greater than 300 pg/ml following which 751 of these patients underwent transthoracic echocardiography via the automated appointment service (figure 1).

We also assessed for the presence of valvular heart disease which was of at least moderate severity, and the majority of these patients had a NT-Pro-BNP level greater than
450 pg/ml (figure 6).

Finally, we found that approximately 25% of all patients with a NT-ProBNP level greater than 450 pg/ml who did not have significant left ventricular systolic dysfunction on echocardiogram had atrial fibrillation, which was thought to be the sole causative factor for the elevation in the peptide level.

NT-ProBNP measurement can provide a simple and rapid exclusion of the diagnosis
of heart failure. Although it is a sensitive test for left ventricular dysfunction, it can be
raised in a variety of other clinical situations (e.g. arrhythmias and ischaemic heart disease) and also increases with age. A NT-ProBNP guided transthoracic echocardiography
service can provide a pathway to this service for primary care, but to be able to meet
the demands of an ageing population it is important to avoid unnecessary scans.
The aim of this audit was to assess whether the current NT-ProBNP cut-off level for automatic transthoracic echocardiography could be increased without affecting the diagnostic yield.

The current audit has shown that applying a NT-ProBNP cut-off level of 450 pg/ml in patients aged above 75 years is associated with a negative predictive value of 96% for excluding significant left ventricular systolic dysfunction. We have, therefore, suggested that a NT-ProBNP cut-off level of 450 pg/ml be adopted in patients aged above 75 years. However, in patients aged below 75 years we have maintained the previous cut-off of 300 pg/ml. If these cut-off points were applied to the current study population, 136 (18%) of the echocardiograms would not have been required and this may have meant quicker access to the service for those who need it most.

This audit also shows that the majority of patients with significant diastolic dysfunction and valvular heart disease have NT-ProBNP levels greater than 450 pg/ml, so these diagnoses are unlikely to be missed with the new cut-off. Furthermore, general practitioners can refer patients directly to the cardiology clinic for specialist assessment if they feel the patient may still have failure from whatever cause despite not having a significantly raised NT-ProBNP level.

Finally, we have also shown that 25% of patients with significantly raised NT-ProBNP levels actually had atrial fibrillation as the cause, and we would advocate routine examination of the peripheral pulse to exclude atrial fibrillation in patients suspected to have heart failure. This will prompt the patient being managed via a different pathway and may avoid delay in appropriate therapy being administered.

Acute Takotsubo cardiomyopathy as a complication of transoesophageal echocardiogram