The National Institute for Health and Care Excellence (NICE) is updating its guidance to improve the care of people who have survived a myocardial infarction (MI). The draft guideline, published recently for public consultation, contains a number of new recommendations and aims to improve the care received by patients in England and Wales.

The draft guideline, originally published in 2007, centres on stemming the progression of vascular disease as well as preventing further MI. It expands on previous recommendations for programmes to help people recover after an MI, including interventions which aim to ensure more people take up and complete cardiac rehabilitation programmes.

Major changes in the treatments given immediately after an MI, particularly the use of interventional procedures such as primary percutaneous coronary intervention rather than drugs, have also been considered in the updated guideline.

The draft guideline no longer recommends eating oily fish, or taking omega-3 fatty acid capsules or omega-3 fatty acid supplemented foods specifically for the prevention of further heart attacks. New evidence shows the risk of further cardiovascular events, such as MI or stroke, is very different today because of the new treatments now available, meaning that the preventative impact of an oily fish diet could be minimal. The draft guideline does, however, continue to recommend that people who have had a heart attack eat a Mediterranean-style diet.

Updated recommendations in the draft guideline also include those on the use of drugs after an MI. These reflect new findings on antithrombotic therapy, as well as the use of angiotensin-converting enzyme inhibitors and beta blockers.

New ESH/ESC guidelines for the management of hypertension 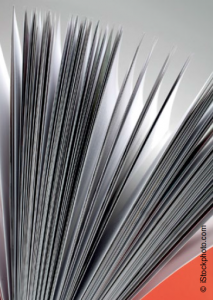 They recommend several significant changes to hypertension treatment including:

The new guidelines, which replace the 2007 edition, were launched at the ESH congress in Milan, Italy, with simultaneous online publication in the Journal of Hypertension, European Heart Journal (doi: 10.1093/eurheartj/eht151) and Blood Pressure. The full guidance can be found at http://www.escardio.org/guidelines-surveys/esc-guidelines/Pages/arterial-hypertension.aspx

An expanded clinical practice guideline for the management of patients with heart failure was released recently by the American College of Cardiology (ACC) and the American Heart Association (AHA). The guideline updates definitions and classifications for heart failure and puts increasing emphasis on patient-centric outcomes such as quality of life, shared decision-making, care coordination, transitions and palliative care.

The guideline is among the first ACC/AHA guidance documents to utilise a new designation for optimal treatment, termed guideline-directed medical therapy (GDMT), which enables clinicians to more easily determine the course of care deemed most important in the management of heart failure. The ACC/AHA hope this will be particularly helpful for primary care physicians.

The British Undergraduate Cardiovascular Association (BUCA), a new student-led organisation for medical students with an interest in cardiology and for those who wish to pursue a career in cardiology, has been launched by the Cardiology Section at Royal Society of Medicine (RSM) and the British Cardiovascular Society (BCS).

Founder and President Mahvesh Rana Javaid, currently a 3rd year medical student at Barts & The London School of Medicine and Dentistry, has announced that BUCA will soon be running the first International Undergraduate Cardiovascular Conference in London, October 2013.

“We will be hosting a whole series of top-class presentations, workshops, competitions and much more. We will be having medical students and doctors from all over the UK and across the world attending this conference, the next generation of cardiologists. We will also be launching the first ever British Undergraduate Cardiovascular Journal, fulfilling our audience’s interest in cardiology,” she said.

More information is available at http://www.bucardiology.org.uk

Drs Richard Hatchett, Jillian Riley and Theresa Wiseman, three nurse researchers with strong connections to cardiac nursing, are undertaking a large-scale audit of nurse-led clinics in the UK. They aim to identify factors that help and hinder the development of such clinics on a large scale, allowing those new to clinic development to progress with their service more smoothly.

They invite any nurses who run their own cardiac clinics to undertake a short survey, to help build this broad knowledge base and ultimately enhance service delivery. The data submitted will be anonymous and will form part of a publication to increase knowledge in this area. Survey available at: https://www.surveymonkey.com/s/LXV3FQS

The British Journal of Cardiology will be one of the official journals of this year’s UK Stroke Forum, which will be held from 3rd to 5th December, at the Harrogate International Centre.

UKSF Chair Professor Tom Robinson (pictured) said: “We are delighted to welcome the British Journal of Cardiology as one of the official journals of the UK Stroke Forum. We value its commitment to improving awareness of stroke and stroke prevention in both primary and secondary care and look forward to a successful partnership”.

“I firmly believe in the benefits of collaboration across disciplines and disease areas related to stroke research. The UK Stroke Forum is a coalition of over 30 stroke care organisations committed to improving stroke care in the UK. As Europe’s largest multidisciplinary stroke meeting, the UK Stroke Forum Conference attracts key decision makers, leading researchers and staff working on the frontline to debate key issues, be briefed
on major new trials results and, above all, to develop new collaborations to benefit stroke survivors,” he added.

Bovine pericardial heart valves show unprecedented long-term durability, according to data presented recently at the 66th Congress of the French Society for Thoracic and Cardiovascular Surgery.

The study, which tracked patients aged 60 or younger at the time of operation between July 1984 and December 2008, achieved follow-up of 3,299 valve years and determed that expected valve durability for this population was greater than 17 years.

Dr Thierry Bourguignon (University Hospital of Tours, France), who presented the findings, also presented 25-year data on patients receiving mitral valve replacement with the valve (Perimount, Edwards Lifesciences) at the American Association for Thoracic Surgery (AATS) Mitral Conclave in May. This study followed 404 consecutive patients with a mean age of 68 at the time of their mitral valve surgery, which took place between August 1984 and March 2011. Data showed that the valve had an expected durability of more than 16 years in the mitral position, for the entire cohort and dependent on the patient’s age.

Serelaxin may be more effective for relieving dyspnoea in heart failure with preserved ejection fraction (HFpEF) than reduced (HFrEF) during the first 24 hours, according to results from the RELAX-AHF (Relaxin in Acute Heart Failure) trial presented recently at the Heart Failure Congress 2013, LIsbon, Portugal.

Some 1,161 acute heart failure (AHF) patients from 96 sites were randomised to 48-hour infusion of serelaxin or placebo within 16 hours of presentation. The primary efficacy end point was the effect on dyspnoea in the short term (6, 12 and 24 hours) and at five days. Secondary efficacy end points were cardiovascular death or rehospitalisation for heart or renal failure, and days alive and out of hospital through day 60. All-cause death and cardiovascular death through day 180 were also evaluated.

Smoking increases the risk of cardiovascular disease (CVD) and stroke five-fold in people under the age of 50 and doubles risk in the over-60s, according to the European Society of Cardiology (ESC), which is calling for stronger measures to discourage children and adolescents from taking up smoking.

The ESC is calling for a number of measures to prevent young people from taking up smoking, including the regulation of electronic cigarettes as a tobacco and medical product. Brands with flavours such as vanilla or chocolate attract children and put them at increased risk of experimenting with cigarettes or other nicotine containing products, says the statement.

Stopping young people from taking up smoking is a key goal of the ESC joint guidelines on prevention of CVD. The ESC also recommends that people avoid exposure to passive smoking, and that all smokers should be given advice and help to quit.

Passive smoking at home or in the workplace increases the risk of CVD by 30%, while smoking bans lead to rapid and sizeable reductions in hospitalisations for acute myocardial infarction, the ESC says. People who stop smoking also rapidly reduce their risk of CVD, the statement points out. 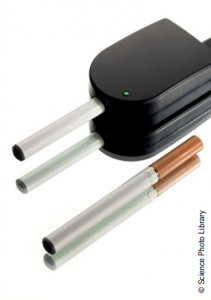 Stop smoking professionals have also called for regulation of e-cigarettes, according to a survey by The Advisor. They note that e-cigarettes are being increasingly used by clients. Three-quarters (198 out of 267) said they would recommend e-cigarettes if they were regulated.

The survey also showed that two-thirds of advisors (271 out of 331) felt tobacco harm reduction fitted within the remit of stop smoking activity, welcoming new guidance from the National Institute for Health and Care Excellence (NICE).

The NICE public health guidance on tobacco harm reduction (PH45) highlights other ways of reducing the harm from smoking, which involve continued use of nicotine. The guidance aims to help people, particularly those who are highly dependent on nicotine, who:

The full guidance is available at http://guidance.nice.org.uk/PH45

A new device – Hemosep – can help blood spilled during cardiac operations to be re-used and transfused back to the patient. This helps reduce the volume of donor blood required during operations and potential transfusion reactions.

The device works by using a haemoconcentration technology to concentrate blood salvaged at the end of an operation from the heart-lung machine. The processed blood is then re-transfused back to the patient. An article evaluating the device in the Annals of Thoracic Surgery (doi: 10.1016/j.athoracsur.2013.03.048) confirmed the device functioned as designed and without technical failures, saying it was “able to deliver a blood product that was in most respects very similar to the preoperative native blood in its essential composition”.