Cardiac surgery for adults became widely available around 50 years ago, due mainly to the introduction of relatively safe cardiopulmonary bypass. Initially, mortality rates were quite high, even for relatively young and fit patients, and, therefore, patients and carers focused on this outcome measure. Moreover, it was easy to define and record. Local and national registries developed into databases that allowed comparison of mortality rates and were then further refined with risk modelling.

As the odds of survival after cardiac surgery improved, sicker and older patients were offered cardiac surgery, including octogenarians and extending to nonagenarians.

Clearly, surviving cardiac surgery is very important – but is survival the top priority for the 92-year old after bypass surgery who becomes unable to live independently again and who’s quality of life is insufferable? Should quality of life be the main factor driving therapeutic decisions for the frail and elderly? 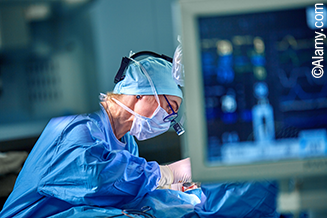 The issues involved in making the decision to undergo surgery are complex as the elderly and very elderly cohort of patients present with more diffuse cardiovascular disease, age-related comorbidities, weaker tissues and frailty, with a lower tolerance to intervention. The challenge is accurately predicting and sharing with those elderly patients the chances of improving or worsening their quality of life. With novel methods of assessing frailty, such as sarcopenia measurement,1 a more refined approach to patient selection is evolving.

Careful patient consent cannot be underestimated as the APPROACH (Alberta Provincial Project for Outcome Assessment in Coronary Heart Disease) investigators have found octogenarians spend longer on intensive care units (ICU) and in-hospital post-operatively, and are more likely to have ICU readmission.7 Median ICU and in-hospital stay is one day (range 0–33) and 10 (range 6–49) days, respectively.4 Compared with their younger counterparts, octogenarians have worse short- and long-term survival with crude one- and five-year mortality reported as 10.8% and 29.0%, respectively.7 Reassuringly, octogenarians undergoing heart operations do outlive their peers, with similar age-sex distribution (five-year survival 82.1% vs. 55.9%).8 Survival at five years for those undergoing isolated aortic valve replacement (AVR) is 64.8 ± 7.8% and CABG is 79.7 ± 7.4%.4 The predictors of late mortality are: poor systolic function;5 myocardial infarction;5 combined coronary/mitral surgery;5 cerebrovascular disease;6 and prolonged ventilation.6

In spite of the higher risk of post-operative complications and worse short- and long-term survival, it is considered that the overall risk of performing cardiac surgery on the elderly is acceptable to them. Elderly patients benefit from both improved functional status and quality of life.

The Short-form 36 Health Status questionnaire (SF-36) is a validated method of assessing quality of life in the elderly population.9 Fruitman et al., in a series of telephone interviews of octogenarians, using both SF-36 and Seattle Angina questionnaires, reported a dramatic improvement in New York Heart Association (NYHA) score from class IV (63.8%) to class I or II (92.2%) at a mean follow-up of 15.7 ± 6.9 months following cardiac surgery.6 The SF-36 scores were equal to or better than for those over 65 years for the general population and the Seattle Angina scores confirmed symptomatic relief.6 Of the survivors, 83.7% were living in their own home, 74.8% rated their health as good or excellent, and 82.5% would undergo the operation again in retrospect.6

This improvement is corroborated by Gjeilo et al. with serial SF-36 questionnaires at baseline, six months, one and five years following heart surgery in the over-75 years cohort.10 Quality of life was reported to improve from baseline to six months and remain stable five years later. Older patients were found to improve less than younger ones, from baseline to the follow-up, and have more profound reductions in scores from 12 months to five years on three subscales: physical functioning; role physical; and vitality.10

The recently published study by Coelho et al. found that most elderly patients improve both physically and mentally after surgery. The authors suggested predictive variables for less improvement on SF-36 surveys to be: poor pre-operative physical health; female sex; older age; and longer length of hospital stay. Negative predictive variables were poor pre-operative mental health and longer ICU stay.11 However, the purported benefits of operating on octogenarians does come at a significantly increased economic cost compared with younger patients.12

In the current era, with the available evidence, the medical community feels more assured in referring, assessing and offering heart operations to octogenarians. However, it is the rapidly growing subset of nonagenarians that are posing an expanding clinical problem and testing the limits of the complex and difficult decision-making process. Evidence for operating on nonagenarians is sparse and primarily limited to case reports of successful surgery and uneventful recovery, which may be influenced by publication biases.13,14

In the largest retrospective review (n=127) of nonagenarians (mean logistic EuroSCORE 21.3 ± 6.1) who underwent coronary and valvular surgical procedures, Speziale et al. reported the rate of postoperative complications to be high (42.5%) but found surgery could achieve functional improvement at the price of considerable operative (13.4%) and follow-up mortality rates.15 Non-elective priority and previous myocardial infarction were predictors of operative mortality. There was no difference in the rate and type of complications between patient strata on the basis of the type of surgery performed, and Kaplan-Meier survival estimates at five years were comparable between patient groups.15 Promisingly, the operative risk to nonagenarians presenting electively does not differ from that of risk-matched octogenarians, with good five-year survival and functional recovery.5

We, therefore, have some evidence about outcomes, but are there pre-operative assessments to help these elderly patients decide to consent for their proposed cardiac surgery?

In a prospective multi-centre cohort study, Alfialo et al. reported that cardiac surgery risk scores (Parsonnet score or Society of Thoracic Surgeons Predicted Risk of Mortality or Major Morbidity – STS-PROMM) performed poorly in those aged over 70 years undergoing CABG and/or valve surgery.16 It was suggested that this was, in part, because they did not take into account ‘frailty and disability’, considered to be critical determinants of health status with advanced age, the addition of which was purported to provide incremental value and improve model discrimination.16

Frailty is an important predictor of outcomes after cardiac surgery, but utility is limited by difficult assessment and quantification. Computed tomography psoas index (cross-sectional area of the psoas muscle at L4 vertebral level normalised to body surface area) to calculate sarcopenia has been shown to be a reproducible measure of frailty in the elderly that predicts risk-adjusted resource utilisation, morbidity, and long-term mortality.17 Patients with sarcopenia have been shown to have decreased long-term survival and decreased freedom from major cardiac and cerebrovascular events.18 Thus, the measurement of psoas muscle area can help facilitate more accurate scoring in elderly patients.

Additional tools to evaluate elderly patients adequately before elective cardiac surgery include the comprehensive assessment of frailty (CAF) and FORECAST (Frailty Predicts One Year After Cardiac Surgery). These have been shown to be associated with short- and mid-term mortality, independently of age.19

With a projected rise in the very elderly population, limited data, absence of consensus guidelines and already stretched resources it would be prudent for the heart team to take a pragmatic stance during the decision making on whether to offer surgery. An integrative approach combining frailty, disability, and risk scores is recommended to better characterise the very elderly patients referred and identify those at increased risk. Too often in these clinical discussions the focus is on mortality alone because there is evidence available compared with the lack of evidence for the expected quality of life post-surgery. The very elderly patient can find the risks and benefits hard to comprehend, and considerable time and patience will be needed by doctors, carers and relatives to debate these uncertainties. The chances of surviving the surgery are very important to them, but they also need reliable evidence about the quality of life they can expect and the odds that they may actually end up more frail and less independent.

Clinicians should be mindful of the limitations of the available data being relied upon when consenting patients. First, most reports represent single-centre retrospective analysis highlighting a paucity of, and greater need for, prospectively collected registry data. More data comparing outcomes of those elderly patients operated on versus those that were not operated is needed to gain a wider understanding of options. Second, published outcomes of surgery on the elderly are inherently linked to case selection, which in itself is skewed, as clinicians pick lower-risk ‘winners’. Finally, only one negative paper of operating on octogenarians appears to have been published, which demonstrated a significant 83% overall hospital mortality following surgical repair for type A aortic dissection,20 suggesting a strong publication bias may exist.

With the current risks associated with cardiac surgery in octogenarians and nonagenarians there would appear to be no place for prognostic surgical intervention if they are enjoying their quality of life. If their cardiac condition is limiting their lifestyle they will then have to decide on whether to gamble what they have in the hope of improvement, but in the knowledge that their surgery may be deleterious. These are often extremely hard decisions and there is a real need for more research in pre-operative assessment and post-operative quality of life following cardiac surgery in the elderly.

Quadricuspid aortic valve: a case report and review of the literature