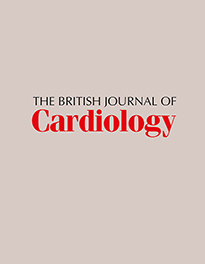 Fashioning a new approach to heart disease in women

Implementation of new evidence-based guidelines is one of the most daunting tasks facing healthcare professionals today, and in order to meet this challenge we need to be well informed and to inform our patients.

Although studies from two decades ago documented the association of low haemoglobin with chronic heart failure (CHF), the potential for an important pathophysiological link has largely been ignored until recently. In 2000 Silverberg and colleagues reported on a cohort of patients (n=142) attending a specialist nephro-cardiology clinic. 1 Anaemia (haemoglobin < 12 g/dL) was present in over half the patients and was associated with symptom severity.

NICE try but a long way to go in heart failure

The pharmacological treatment of patients with chronic heart failure has changed dramatically over the past 25 years. This change began with the demonstration of the beneficial effects of the combination of hydralazine and isosorbide dinitrate in the V-HeFT-I (Veterans Administration Co-operative Study) trial.

Beta blockers are under-used in heart failure, despite their evident benefits. Here an educational and clinical support link between secondary and primary care was set up to mentor a nurse practitioner in heart failure management. A nurse-led heart failure clinic was established in a Hampshire general practice that enabled beta blocker therapy to be started safely and up-titrated successfully, without hospital referral.

Echocardiography in the community

The treatment of peripartum cardiomyopathy

Peripartum cardiomyopathy (PPCM) is characterised by the development of left ventricular (LV) dilatation and dysfunction during the last month of pregnancy, or the first five months of the post-partum period, in the absence of any pre-existing cardiac disease. PPCM is a rare but serious complication of pregnancy, with a variable outcome. Symptoms such as breathlessness and peripheral oedema are common in normal pregnancy and it is easy to misdiagnose PPCM in its early stages. The aetiology of the condition is uncertain.
Treatment options are similar to those for other forms of dilated cardiomyopathy. However, there are important considerations when treating women with PPCM as they may be pregnant or breast feeding. Close communication is required between cardiologists, obstetricians and neonatologists, not only for the treatment of the PPCM patient but also for protection of the baby. Women who decide to continue with further pregnancies should be carefully monitored.

Lowering blood pressure for the secondary prevention of stroke

Hypertension is the most important modifiable risk factor for stroke. The risk of stroke increases directly in proportion to systolic and diastolic blood pressure, and lowering blood pressure can reduce the risk of a first stroke by up to 40%. Current evidence suggests that it is safe and effective to lower blood pressure with an ACE inhibitor and a thiazide diuretic in patients with established cerebrovascular disease. The reduction in subsequent stroke is present both in hypertensive and non-hypertensive patients and is most likely to be related directly to the blood pressure- lowering effect. Ongoing studies will help to determine whether other classes of drugs, such as the angiotensin receptor blockers, are also safe and effective in the secondary prevention of stroke, and whether blood pressure should be lowered in the first few days after a major stroke.

A consensus statement from representatives of the British Society of Echocardiography, the British Heart Failure Society, the Coronary Heart Disease Collaborative and the Primary Care Cardiovascular...

The prevalence of anaemia in heart failure (HF) is becoming better recognised, yet little is known about its natural history in a HF population. We...