The prevalence of atrial fibrillation (AF) in the UK alone is estimated to be 1% of the population (approximately 610,000) and rises with age from 1.5% in people in their 60s to more than 10% in those over 90 years old. It is also more common in males than females. Because prevalence increases with age, it is expected to increase over time as the proportion of people aged 65 and over is projected to increase from 16% of the UK population in 2006 to 22% by 2030.1 AF is the most common supraventricular arrhythmia; it is predicted that catheter ablation (CA) as a management strategy will be one of the most commonly performed electrophysiological procedures in the next decade.

Over recent years data have accumulated suggesting that sinus rhythm (SR) is associated with increased survival.2 Whether this association of SR with improved survival is actually a causal relationship is yet to be proven. CA has proven to be an effective curative treatment particularly when used for paroxysmal AF.3

The risks of catheter ablation 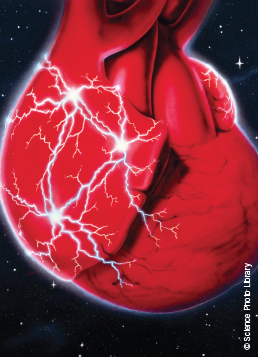 The aim of CA, essentially, is to manipulate catheters around the left atrium and cauterise the sources of AF without causing unnecessary damage, a skill that is technically challenging. This requires aggressive anticoagulation, and can be a time-consuming procedure.

Long-term arrhythmia control or cure rates are quoted in excess of 80%, with data from single large-volume centres reporting low complication rates. Whether experience and high volume are associated with a reduction in complication rates is not proven.

Cappato et al.4 recently reported an analysis of a retrospective case series looking at the incidence and cause of peri-procedural death occurring in patients undergoing CA of AF between 1995 and 2006. Out of 546 identified centres worldwide, 262 reported data on safety. A total of 32,569 patients underwent 45,115 procedures with 32 deaths reported (0.98 per 1,000 patients) – 13 of which were intra-operative deaths, another 12 patients died within a month of the index procedure and seven patients after excess of a month. Tamponade was the most common complication but was rarely associated with permanent disability or death.

The authors themselves list the limitations of the study:

Mortality was not decreased in relation to centre experience and volume (35% of centres included in the survey performed less than 20 procedures per year). It may be that this was attributable to the small number of deaths or under reporting.

These data highlight that, although rare, deaths are associated with AF ablation procedures and operators should be formally trained to complete all aspects of the procedure, including trans-septal puncture, and be capable of emergency pericardial aspiration. The need for surgical cover for these procedures remains controversial, although anecdotal evidence suggests that, rarely, patients’ lives are saved by early surgical intervention for cardiac perforation.

In data from our own centre at St Bartholomew’s Hospital in London, we report data of 285 patients undergoing wide area circumferential ablation (WACA) (530 procedures) in a prospective database of consecutive cases initiated in 2002 through 2007. No deaths directly resulting from the procedure were reported; the authors concluding that catheter ablation of AF is safe with no late adverse sequelae. In addition, they comment on its efficacy for relief of symptoms and that cure from AF in the majority, for paroxysmal and persistent AF was achieved, with late recurrence being uncommon.6 We have, however, as with the worldwide trend, experienced an exponential increase in the number of AF ablations performed, and, subsequent to the collection of data for this audit, reported three peri-procedural deaths. One of these was intra-operatively in an elderly female related to cardiac perforation, tamponade and retroperitoneal haematoma, the other in a patient sustaining a cerebellar infarct who, thereafter, developed a myocardial infarction secondary to late stent thrombosis on the evening post-ablation, and lastly a man with longstanding ischaemic heart disease who sustained a myocardial infarction six weeks after his procedure.

Though appearing intuitive and predictable that ablation to SR should be associated with a reduction in mortality, it is pertinent to remember that those who have theoretically the most to benefit, e.g. patients in persistent AF or with associated left ventricular dysfunction and heart failure, are the very patients at highest risk for an ablation procedure.

There is unquestionably both morbidity and mortality associated with AF ablation as there is with AF itself. Ongoing randomised trials will conclusively answer whether this is offset by mortality/morbidity benefits associated with attaining and maintaining SR. Catheter Ablation Versus Anti-arrhythmic Drug Therapy for Atrial Fibrillation (CABANA), a phase III pilot trial is designed to test the hypothesis that the treatment strategy of percutaneous left atrial CA for the purpose of the elimination of AF is superior to current state-of-the-art therapy with either rate-control or anti-arrhythmic drugs for reducing total mortality (primary end point), and decreasing the composite end point of total mortality, disabling stroke, serious bleeding and cardiac arrest (secondary end point) in patients with untreated or incompletely treated AF warranting therapy.

Therefore, based on the available evidence CA of AF cannot be considered prognostically beneficial and cannot be advocated for minimally or asymptomatic individuals.