People with diabetes over 40 years of age should be taking a statin to reduce their risk of stroke or coronary events, according to Dr John Betteridge (University College London).

Speaking at the European Association for the Study of Diabetes (EASD) 2010 Meeting, held in Stockholm in September, Dr Betteridge noted that the plaque burden is increased in diabetes and that low-density lipoprotein cholesterol in diabetics is more atherogenic. 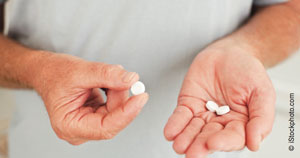 In reviewing the evidence for statins in people with diabetes, he pointed out that CARDS (Collaborative Atorvastatin Diabetes Study) has shown a 37% reduction in cardiovascular events and a halving of the stroke rate over four years. Further encouraging data in this population came from the Cholesterol Treatment Triallists’ Collaboration.

But concerns about side-effects lead to many patients stopping taking statins inappropriately, he explained. Many of the side effects, particularly aches and pains, are often not related to the drug. Patients need to understand the importance of continuing to take this medication, he stressed.