We continue our series in which Consultant Interventionist Dr Michael Norell takes a sideways look at life in the cath lab…and beyond. In this column, he considers conference accommodation. 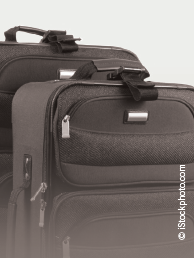 In Alfred Hitchcock’s 1959 classic North by Northwest, Cary Grant plays an advertising executive by the name of Roger Thornhill. He is mistaken by foreign agents for one George Kaplan, who turns out to be a non-existent individual, created and given a false identity by the ‘good guys’ in order to distract the attention of the ‘bad guys’ from the good guys’ double agent – a woman as it turns out – who is actually attempting to infiltrate the bad guys’ network. (Are you following this?)

The film is notable for some memorable scenes, such as our hero being strafed by a plane in the middle of an isolated and enormous cornfield, a car chase around a tortuous cliff top road with Thornhill/Grant well under the influence of bourbon that he has been forced to imbibe, and a climax on top of the Mount Rushmore memorial in South Dakota.

(On a navigational note, the title itself is not a compass point; the correct notation for a bearing just less than 360 degrees would be ‘North by West’. The film’s name comes from the general direction of travel together with the commercial airline used.)

Kaplan has acquired his existence on the basis of a succession of hotel reservations made in his name across the USA while he is allegedly following a nefarious band of ne’er do wells bent on political espionage and general international mayhem. And so to the cardiological point…

Some years ago, I was particularly keen to get to an American College of Cardiology (ACC) meeting in New Orleans. I had put out some ‘feelers’ in terms of possible industry sponsorship with initial success that only covered the flights (NB: there are no direct flights from the UK). A week before the conference, and after a large number of plaintive phone calls, two offers of hotel accommodation arrived simultaneously.

What could I do? After such nagging on my part I just didn’t have the heart to decline such – albeit tardy – generosity. Hence, I resolved to accept both reservations and set about planning how I was to make them convincing, as well as appreciated. Think about it; what would you need to do in order to give the impression that you are resident in two hotel rooms at once?

(Perhaps, if you haven’t already appreciated it, I should have mentioned that they were not in the same hotel. No; one was fairly near the conference centre and the other deep in the French Quarter about 15 minutes’ walk away.)

My first decision was to select a preference and use that as my ‘base of operations’. The slightly quirky, colonial styled and antiquated room (as they all are) in the older part of town, won hands down – not least because it had a huge Jacuzzi bathtub in the middle of the bedroom.

Having checked in and unpacked there, I took a taxi to the other venue with my suitcase, empty save for some clothes that I was not going to require – at least in the near future. I signed in at reception, and divested the sparse contents of my bag into a drawer or two, before strolling back to hotel number one.

To describe the next few days as ‘demanding’ might be taking what little I possess as journalistic licence to an art form. While the bulk of my domestic activities were centred on the French Quarter, I nevertheless felt obliged to pop into the other dwelling at least twice every 24 hours. On each occasion I would exchange pleasantries with the increasingly puzzled concierge and offer thanks to a succession of chamber maids who I might meet as they cleaned up my room.

For obvious reasons that particular task was hardly onerous, and indeed more than once members of their staff commented to me that it was “real nice to have such a tidy guy around”. Already my persona as George Kaplan was developing…

As I settled into my task, this dual existence seemed to very quickly become a routine. Making the bed look ‘slept in’ and remembering to toss the odd bit of rubbish into the waste bin, were both fairly easy, but given the natural certainties of ones ablutions it is the bathroom that requires the most attention.

Fortunately, a basic selection of complimentary toiletries was available which saved purchasing a duplicate set. I dutifully ensured that the soap and shampoo always looked utilised and deliberately ran water into the sink and bath to give credence to the concept of the ensuite being lived-in.

I even used the shower to spray water liberally onto the bathroom floor in order to add more authenticity and took to ruffling and dampening the odd towel, which I then left strewn across the bed, or occasionally in the bath as instructed… for recycling purposes.

No detail was overlooked. Of course, the minibar saw occasional – but necessary – involvement in this charade, but only sufficient to keep up the pretence, you understand. I was most proud of tearing off that annoying triangular fold at the end of one of the toilet rolls (there were two) and removing daily a sufficient length of tissue so that the roll’s steadily reducing volume testified to it being in ‘regular use’. (This nit-picky attention to minutiae might be described as ‘obsessional’, but given the specific area of focus I suspect that a more common anatomical term is more apposite.)

Anyway, the congress ended and I checked out of both rooms uneventfully. I cannot deny feeling a degree of relief; the whole experience had been a taxing one, not out of necessity but out of my warped sense of pride in meeting an intellectual challenge. Consuming two American breakfasts every day had also taken its toll as they were included in the room rates.

On a final note, Hitchcock claimed that in the cinematic production in question he had documented on celluloid the first ever ‘sex scene’. In the final sequence, Grant embraces the heroine in a railway carriage’s sleeping compartment; the camera then cuts to a distance shot of the train entering a tunnel.