Thiazolidinediones (glitazones) are a relatively new addition to the type 2 diabetes drug armoury, but they have caused considerable controversy since they were introduced into the routine management of patients with type 2 diabetes. Until recently there were two thiazolidinediones licensed for use in the treatment of type 2 diabetes: rosiglitazone and pioglitazone, but the European Medicines Agency (EMEA) on the 23rd September 2010 removed rosiglitazone’s marketing authorisation across Europe because of concerns about cardiovascular safety. There is no evidence to show a similar cardiovascular safety concern for pioglitazone, apart from increased fluid retention and reported heart failure. Pioglitazone may still have a therapeutic role in the management of selected patients. 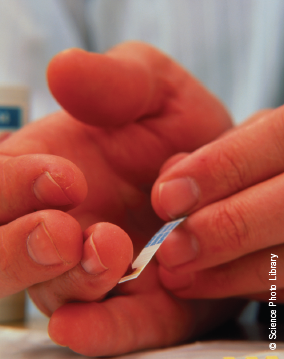 During the past 10 to 15 years, numerous drugs have been introduced for the treatment of patients with type 2 diabetes to prevent the complications of poor glycaemic control. Two such oral drugs, rosiglitazone and pioglitazone, belong to the class of drugs called thiazolidinediones (TZDs), also known as glitazones. Both were licensed for use as monotherapy or in combination with other hypoglycaemic drugs. Through their actions on peroxisome proliferator-activated receptor (PPARγ), they improve hyperglycaemia and alter dyslipidaemia. It was hoped this would translate into cardiovascular benefits for patients taking them. Recent evidence has shown that both TZDs have different cardiovascular safety profiles, with rosiglitazone being linked to harm and pioglitazone, at worst, being neutral, although both have been shown to cause weight gain and oedema and are associated with an increased risk of heart failure. The concerns about rosiglitazone’s cardiovascular safety led initially to the Medicines and Healthcare products Regulatory Agency (MHRA) issuing guidance limiting its use, but subsequently its marketing authorisation has been withdrawn, and, therefore, it is no longer available in the UK. Pioglitazone is still available for use in selected patients, but such patients should have their heart failure risk assessed before they are prescribed it.

Figure 1 outlines the pharmacological action of TZDs. They increase insulin sensitivity by acting as ligands for the nuclear hormone receptor PPARγ, and regulating its transcriptional activity. PPARγ is found predominantly in adipose tissue, but it is also found in pancreatic beta cells, muscle and liver. TZDs act on PPARγ in adipocytes promoting adipogenesis, predominantly in pre-adipocytes from subcutaneous deposits where the increased transcription of transporters and enzymes involved in fatty acid uptake and lipogenesis increases the deposition of lipid in these adipocytes. This reduces hyperglycaemia by reducing concentrations of non-esterified fatty acids and triglycerides. The consequent effects on the glucose–fatty acid (Randle) cycle is to reduce the availability of fatty acids as an energy source, thereby favouring the utilisation of glucose. Additionally, TZDs increase transcription of GLUT-4 glucose transporters that directly facilitate glucose uptake. TZDs may also improve adiponectin levels, reduce adipocyte tumour necrosis factor alpha (TNF-α) and resistin production, all of which have been implicated in the pathogenesis of insulin resistance. PPARγ is also expressed by macrophages, endothelial cells and vascular smooth muscle cells, where it regulates gene expression of key proteins involved in lipid metabolism, vascular inflammation and proliferation, all of which contribute to atherogenesis. Due to these pluripotential effects, there was hope TZDs could convey cardiovascular benefit as well as glycaemic control.1

Pioglitazone has a half-life of 3–7 hours and is excreted in bile. It can be initiated at either 15 mg or 30 mg daily. The dose may be increased in increments up to 45 mg once daily. Pioglitazone can be used as monotherapy in patients for whom metformin is inappropriate, as dual therapy in combination with metformin, sulphonylureas and dipeptidyl peptidase-4 (DPP-4; gliptins) inhibitors, as triple therapy with two of metformin, sulphonylureas and DPP-4 inhibitors, and also with glucagon-like peptide-1 (GLP-1) receptor agonists and insulin. Commonly experienced side effects are weight gain and fluid retention.2

The Prospective Pioglitazone Clinical Trial In Macrovascular Events (PROactive) study6 was a prospective randomised-controlled trial in 5,328 patients with type 2 diabetes who had evidence of macrovascular disease. Patients were assigned to oral pioglitazone (n=2,605) or matching placebo (n=2,633), to be taken in addition to their glucose-lowering drugs and other medications. The primary end point was the composite of all-cause mortality, non-fatal myocardial infarction (including silent myocardial infarction), stroke, acute coronary syndrome, endovascular or surgical intervention in the coronary or leg arteries, and amputation above the ankle. The results of this study showed that pioglitazone non-significantly reduced the risk of the composite primary end point while significantly reducing the main secondary end point. A subgroup analysis from the PROactive trial suggested a reduction in fatal and non-fatal myocardial infarction (MI) in the subgroup with previous MI (n=2,445, hazard ratio [HR] 0.72, 95% confidence interval [CI] 0.52–0.99, p=0.045; number needed to treat [NNT]=51, 95% CI 26–2,634).7 In patients with previous stroke (n=984), subgroup analysis showed that pioglitazone reduced fatal or non-fatal stroke (HR 0.53, 95% CI 0.34–0.85, p=0.0085; NNT=21, 95% CI 12–75), while there was no effect on stroke risk in patients with no history of prior stroke (HR 1.06, 95% CI 0.73–1.52, p=0.767).8

A further meta-analysis of 84 published and 10 unpublished trials of pioglitazone compared with placebo or other therapy, and excluding the PROactive trial, reported a reduction of all-cause mortality with pioglitazone (odds ratio [OR] 0.30, 95% CI 0.14–0.63, p<0.05),9 but no significant effect on non-fatal coronary events. A further meta-analysis with 16,390 patients found a reduction in the primary composite end point (death, MI or stroke) with pioglitazone compared with control (HR 0.82, 95% CI 0.72–0.94, p=0.05).10 While oedema, weight gain and heart failure were increased in patients in these trials, no increase in mortality from heart failure was observed. In summary, these studies and meta-analyses showed no long-term cardiovascular concerns regarding the use of pioglitazone with there being a suggestion of benefit in certain patient subgroups.

In the last few years several meta-analyses have raised concerns about the cardiovascular safety of rosiglitazone therapy in patients with type 2 diabetes mellitus.11-13 A Cochrane systematic review3 of some of these data reported insufficient evidence to draw conclusions on the effect of rosiglitazone on outcomes such as cardiovascular mortality or morbidity. The Rosiglitazone Evaluated for Cardiac Outcomes and Regulation of Glycaemia in Diabetes (RECORD) trial14 was a prospective open-label non-inferiority trial where 4,447 people with type 2 diabetes were randomised to rosiglitazone-based therapy versus combination therapy with metformin and sulphonylurea. Cardiovascular hospitalisation or death was experienced by 321 patients in the rosiglitazone group versus 323 in the control group (HR 0.99, 95% CI 0.85–1.16). The study was powered to exclude a 20% or greater excess risk of cardiovascular disease with rosiglitazone. The overall event rate in the study was lower than anticipated in the study protocol power calculation, meaning the trial had less statistical power than planned. Nonetheless, the authors reported that the CI for the primary end point HR excluded the predefined 20% excess risk; therefore, it is not known whether rosiglitazone could be associated with an excess risk smaller than 20%. In this study the HR for MI was elevated, but non-significantly, at 1.14 (95% CI 0.80–1.63), while the HR for stroke was 0.72 (95% CI 0.49–1.06). Subgroup analyses of the primary end point suggested a possible non-statistically significant increase in cardiovascular events with rosiglitazone in patients with previous ischaemic heart disease (HR 1.26, 95% CI 0.95–1.68, p=0.055).

This guidance has been superceded with the EMEA suspending the marketing authorisation across Europe. The EMEA initiated a further review of rosiglitazone following the availability of data from new studies.16,17 The accumulated data concluded that rosiglitazone was associated with an increased cardiovascular risk compared with both placebo and with pioglitazone. In view of the restrictions already in place on the use of rosiglitazone, it was felt that there were no additional measures that could mitigate the cardiovascular risk.

Differences in cardiovascular outcomes between pioglitazone and rosiglitazone: are lipids the explanation?

Fluid retention manifest as peripheral oedema occurs in 4% to 6% of patients treated with TZDs. When TZDs are used alongside insulin the incidence of oedema is increased to approximately 13%. The reasons for fluid retention and oedema are multi-factorial.19 There is an increase in plasma volume due to a reduction in renal excretion of sodium and an increase in sodium and free water retention. TZDs may also synergistically act with insulin to cause arterial vasodilatation, leading to sodium re-absorption with a subsequent increase in extracellular volume, thereby resulting in pedal oedema. Increased sympathetic nervous system activation, alterations of interstitial ion transport, alterations in endothelial permeability and PPARγ mediated expression of vascular permeability growth factor represent mechanisms for oedema with TZDs. The peripheral oedema and fluid retention resulting in an increased plasma volume appear to be the main culprits, either alone or superimposed on pre-existing heart disease, that results in the congestive heart failure (CHF) associated with TZD use. A meta-analysis of TZD studies found an increased risk of CHF with all TZDs when compared with placebo or other diabetes medications, with an overall relative risk (RR) of 1.72 (95% CI 1.21–2.42). In this meta-analysis the RR was higher for rosiglitazone (RR 2.18, 95% CI 1.44–3.32) than for pioglitazone (RR 1.32, 95% CI 1.04–1.68).20 Despite the increase in CHF with TZDs this meta-analysis and other studies have shown there is no difference in mortality due to heart failure between TZD and placebo or comparator.21 Nonetheless, pioglitazone should not be used in patients with known heart failure. In patients who are not known to have established heart disease but who have one or more risk factors for CHF (table 1), it is advisable to start with low doses and to increase the dose slowly if required, while being vigilant for any signs of excessive weight gain, peripheral oedema or CHF.22

Pioglitazone is the only remaining TZD licensed for use in the treatment of type 2 diabetes in the UK, following the marketing authorisation for rosiglitazone being withdrawn across Europe. It can offer effective and durable glycaemic control with fewer gastrointestinal side effects than metformin, and it is less likely to cause hypoglycaemia than sulphonylureas. It may have a use in selected patients, but care should be taken in assessing suitable patients as it is associated with weight gain and oedema and an increased risk of heart failure.

MF has received speaker’s honoraria and served on advisory panels for GlaxoSmithKline and Takeda. GM and DM: none declared.

United Kingdom treatment of iron deficiency in heart failure: are we missing opportunities?