We continue our series in which Consultant Interventionist Dr Michael Norell takes a sideways look at life in the cath lab…and beyond. In this column, he considers the introduction of checklists. 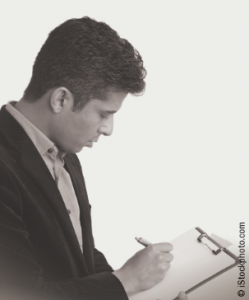 A couple of years ago I published elsewhere some thoughts about the use of a specific checklist that preceded catheter lab procedures. This so-called WHO checklist, named after that well recognised international body, was initially applied to surgical practice with the intention of reducing mistakes, mishaps, accidents and disasters. It has since been embraced by hospital Trusts in order to cover an increasing variety of activities in which patient safety may be at risk.

In any system, a negative outcome is not so much the result of one major element failing, but consequent more upon the coalescing of a number of minor factors. These apparently less important issues are the sorts of thing that might be passed over were they to occur in isolation. It is the effect that the combination of smaller events will have when, by coincidence or the random nature of their occurrence, they converge at the same time or in the same place.

Furthermore, as one might imagine in this electronic age, the trivial or apparently insignificant features that might be glossed over or ignored are those that often require human input; hence the value of a checklist, which ensures that these items are scrutinised and ticked off before any further action.

This is a fascinating area that extends far beyond medical practice; checks of all kinds exist in many environments in which the human element that governs the manner in which systems function, can fail. The aviation industry is a frequently quoted example.

Whilst we are queuing at passenger check-in or waiting to board at the departure gate (sometimes, at least personally, preferring to have red-hot needles poked into ones eyes), our pilot and his assistant are going through a long list of pre-flight items all of which have to be in place before the aircraft even starts its engines, let alone taxis to the runway and actually takes off. Furthermore, if an unexpected event occurs, such as a warning light coming on or an engine malfunctioning in some way, there is a pre-defined set of rehearsed procedures that are then enacted because they are designed to resolve the problem.

The idea is to avoid the possibility that a human being might come up with an impulsive solution which is illogical, be generated from “the top of his head” or be the aeronautical equivalent to the scenes in old black and white Western movies in which our hero would escape from a predicament with the phrase, “It’s an old Indian (sic) trick but it just might work”.

So, prior to each cardiac catheterisation or angioplasty (PCI) procedure, we go through a dedicated checklist that is just as much about the environment and the attending staff involved as it is about patient related factors. So…

Do all members of staff know each other and understand their roles? Are we expecting any particular problems or the need for specific equipment in this patient and, if so, have we got those addressed? Is the covering consultant identified and contactable? Is the patient’s identity, and the procedure to which he/she has consented, confirmed? Are we happy – or if not, at least do we know – about this patient’s haemoglobin, platelets, clotting, renal function, drug pre-treatment or allergies?

You get the idea? There are two fundamental components to the success of such an approach. Firstly it must be workable; in other words it can be incorporated into practice because the questions it asks are relevant and the answers accessible, and therefore it does not unduly extend the time of the procedure. Our own experience indicates that such a questionnaire takes no more than one minute to complete.

The second element is crucial and reminiscent of Stanley Kubrick’s classic, 1964 black comedy, ‘Dr. Strangelove’, which by the way famously starred Peter Sellers in three roles. Here, a so-called “Doomsday Device” (a computer-generated programme) was designed to execute an irreversible response to any atomic attack by unleashing an irretrievable, all-out nuclear reprisal devoid of any human input. However, this would only succeed as a deterrent if one’s potential foes were aware of it. Of course, they weren’t; the Russians had not informed the world that they had constructed such a system and the rest, as they say, was history… somewhat truncated by nuclear holocaust.

The point being that for the WHO checklist to work and be thereby infallible, the case cannot proceed unless each and every item is ticked off.

I cannot tell you whether our incidence of errors or mishaps has declined since starting this approach but it does seem intuitive and certainly makes us feel as though we are all working in a safer and more secure environment. The concept has also been extended to other catheter lab-based activity, such as elective cardioversion, electrophysiological procedures and device implantation. The multi-disciplinary team required for our transcatheter aortic valve implantation (TAVI) programme, with its slightly greater surgical and anaesthetic input, has meant that the WHO checklist was already in place here and well established.

More recently we have started to use another briefing sheet – before and after each lab list – which requires all the staff for that session to be present. This is not so much designed to address individual patient issues but more the wider environment of the lab area, the staff allocated to that list and any issues that might impact upon either.

It is rightly termed “brief” because it describes the plan in hand and the tasks ahead for the staff, and it does not take long.

So, the type of thing covered with this check would be along the lines of an expected fire alarm or generator test, or a visit from the chief executive, some local dignitaries or departmental inspectors. Is the list of patients planned for that lab as published? Is our lab the one that will be dealing with any hot or emergency cases?

My favourite is the last in the list – but possibly the most important, and I quote: “Are there any issues troubling team members?” Now at this point I can imagine that some readers will throw up their hands and exclaim, “You must be kidding!”, “I don’t believe it!” or some equivalent Anglo-Saxon term of astonishment. But pause for a moment.

How often have we had something on our mind that has got in the way of our usual processes of thought, distracting us from our otherwise routine functioning? A sleepless night, an unwell child, a sick pet, a car prang on the way to work, a pressing deadline or commitment that causes us to watch the clock more than usual or even what might be politely termed as “domestic unease”?

Such an enquiry is not meant to be intrusive, but simply to make all parties aware that their concentration has to be focussed upon the patient and the safe undertaking of the intended procedure. If there are extraneous factors that will – or might – alter that focus, then the team needs to be aware of it.

At the end of each lab session the same staff contribute to a debriefing: What went well? Were there any problems? What could have gone better? Are there any messages that need to be passed on to others about our session?

As they are adopted across the country checklists may vary slightly in order to reflect each unit’s minor practical differences and be tailored to the functioning of individual departments. However, given the similarity of procedures between hospitals and the common goal that we all share, I expect that in practice they will be identical.

One thing is for sure; they are here to stay. My advice is to contribute to them, embrace them and make them work for you. If they are well considered and thought through they will not take long and you, your staff and your patients will reap the benefits.