We present an investigation into the use of electrocardiograms (ECGs) in an emergency setting. 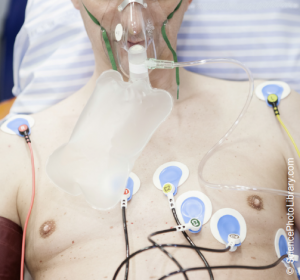 Electrocardiogram (ECG) is a common investigation carried out in the Emergency Department (ED) and provides important information for both diagnosis and prognosis. In the pre-primary coronary intervention era, ECG had been the key investigation for the prompt diagnosis and management of patients with acute myocardial infarction, particularly those with ST elevation.1-5 Since primary coronary angioplasty became widely available in the UK, patients with typical ST-elevation myocardial infarction are filtered directly to specialist centres by the ambulance service. Acute coronary syndrome (ACS) patients without typical ST elevation and non-ACS patients, in turn, are seen at the ED of their local district hospitals. To this end, ECG remains an important test in the ED and is considered as a simple, yet significant, means to differentiate disease origin and severity. It is, therefore, important to ensure that the first ECG recorded in patients admitted to the ED is fully utilised. In the current study, we aim to determine what proportion of ECGs, taken in an urban ED, were read and interpreted by ED physicians. In addition, we attempt to examine the indications that ECGs were taken for and their relation to ED patient management.

During a nine-day period between 26 September and 4 October 2012 inclusively, all ECGs performed in the ED of Homerton University Hospital (HUH) were collected along with basic patient information.

Indications for ECG recordings were determined. Evidence of ECG interpretation in the form of documentation by ED physicians was sought from both the recorded ECG sheets and the clinical notes. ECG findings were analysed and divided into broad categories with likely impacts on patient management: sinus rhythm with normal morphology, rhythm abnormalities, ST–T-wave changes, bundle branch block, and others.

Assessment of the interpreted and legible ECGs (234 in total) revealed normal sinus rhythm in 113 patients, abnormal rhythm or rate in 40, ST–T changes in 46, bundle branch block in 16, and others, including old Q-waves, axis deviation, and evidence of ventricular hypertrophy, in 19.

Of this cohort, 100 patients were discharged, 55 required further investigations at the ED, 18 were admitted to the observation unit for 12-hour troponin testing and 61 were referred for specialty assessments.

Patients with a normal ECG were more likely to be discharged than those with an abnormal ECG (table 1).

The interpretation of ECG is vital in managing patients with suspected ACS or other conditions with cardiac effects in the ED. All ECGs performed in the department should be reviewed and interpreted promptly. This study demonstrated evidence of interpretation in 93.5% ECGs recorded in the ED. But we did not evaluate the small number of unread ECGs, where significant abnormalities could not be excluded, albeit a low probability.

ECGs were shown to have a wide application beyond the screening role for ACS in our study, with a third being performed to assist in managing other conditions, including drug overdoses and the generally unwell. In addition, a normal ECG was associated with a higher probability for discharge than an abnormal ECG. This finding is encouraging in that the ECG information has been used appropriately in managing patients.

Our study was conducted in a single urban district general hospital (DGH) and the sampled population may not be representative in a national or regional context.

Based on a short period of observation in a DGH, we find that ECG interpretation and documentation are appropriately carried out. A normal ECG can be a helpful indicator for patient discharge from the ED, and possibly an indicator for good prognosis as well.

What next for troponin? When diagnostic precision muddies the water for the physician