Hypoglycaemia is defined as a lower than normal level of blood glucose, and in patients on glucose-lowering therapy, defined as glucose levels less than 4 mmol/L. In the UK, it is usually classified as ‘mild’, if the episode is self-treated, or ‘severe’, if the individual requires third-party assistance. However, the American Diabetes Association definition of hypoglycaemia is different.1 They classify hypoglycaemia into five categories. These are shown in table 1. 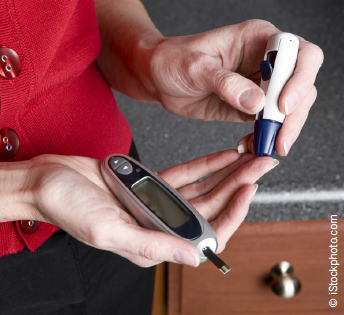 Symptoms with which patients present vary widely, and include autonomic symptoms, such as sweating, shaking, palpitations, and hunger, or neuroglycopenic symptoms due to cerebral glucose deprivation, such as drowsiness, confusion, odd behaviour and speech disturbances. One of the most commonly used measures of the severity of hypoglycaemia, the Edinburgh Hypoglycaemia Scale, is shown in table 2. Sometimes, patients do not have the classical autonomic or neuroglycopenic symptoms related to hypoglycaemia. To a diabetologist, this hypoglycaemic unawareness is worrying. This is because, while the patient loses their warning symptoms, neurocognitive function remains compromised and their decision-making ability is impaired. It is known that it is most frequently due to recurrent episodes of hypoglycaemia. Almost 19.5% of patients with type 1 diabetes can have an impaired awareness of hypoglycaemia.3 Hypoglycaemic unawareness is more common in the elderly, and in patients with a longer duration of diabetes, and is associated with an almost six-fold increase in the risk of severe hypoglycaemia.4

The balance with glycaemic control

The prevalence of diabetes mellitus is reaching epidemic proportions, with an estimated five million people being diagnosed with the condition by 2025 in the UK.8 Previous work has shown that a large proportion of patients with acute or chronic coronary artery disease have abnormal glucose regulation, with between 50% and 60% of those presenting with acute coronary syndrome (ACS) and hyperglycaemia being previously undiagnosed.9 The link between diabetes mellitus and cardiovascular disease is also well established. In relation to hospital admission, there is a greater than 75% increased risk of angina, a 55% increased risk of myocardial infarction, a 73% increased risk of heart failure and a 34% increased risk of stroke among people with both types of diabetes.10

The Diabetes Control and Complications Trial and the UK Prospective Diabetes Study, showed conclusively that good glycaemic control decreased long-term complications in patients with newly diagnosed type 2 and type 1 diabetes, respectively.11,12 These trials set the goal for clinicians to try and achieve normoglycaemia in patients with diabetes, with aggressive targets. However, in both studies, there was an increase in hypoglycaemia rates with a lowering of glycosylated haemoglobin (HbA1c). This was, of course, offset by the major reductions in the risk of developing micro- and macrovascular disease. More recent work looking at further, aggressive lowering of HbA1c in patients with long-standing type 2 diabetes have shown that intensive treatment is associated with much higher incidence of hypoglycaemia.13,14 Indeed, the finding of higher mortality in the intensive-therapy group in the ACCORD (Action to Control Cardiovascular Risk in Diabetes) trial led to a discontinuation of intensive therapy in this study.13 The largest single category of deaths in the ACCORD trial was termed ‘unexpected/presumed cardiovascular disease’. While this group had a statistically greater number of severe hypoglycaemic events (p=0.04), they also had a statistically significant decrease in non-fatal myocardial infarctions (p=0.004).13 The other study also showed similar results, with a definite increase in the number of sudden deaths, but this was not statistically significant.14 Thus, intensification of glycaemic control has been shown to be of benefit in people within the first 7–10 years of diagnosis, but after that, abrupt tightening is associated with increased harm.

Impact on the heart

Acute hypoglycaemia provokes a surge of counter regulatory hormones, in particular glucagon and adrenaline, and to a lesser extent growth hormone, vasopressin, noradrenaline and cortisol. This marked sympathetic response leads to haemodynamic changes with the priorities being the maintenance of cerebral perfusion, and splanchnic perfusion to maintain gluconeogenesis. This haemodynamic change causes an increase in cardiac stress – an increase in heart rate and systolic blood pressure, decrease in peripheral arterial resistance and widening pulse pressure. It also increases myocardial contractility and stroke volume. This increase in cardiac stress probably has little impact in someone with normal cardiovascular reserve. However, it can have significant impact on patients who have pre-existing ischaemic heart disease. Furthermore, hypoglycaemia also stimulates an increase in inflammatory cytokines, such as C-reactive protein, interleukin (IL)-1 and IL-6, tumour necrosis factor α and endothelin 1.15 This results in endothelial injury and changes in the coagulation cascade increasing the risk of cardiovascular events. Hypoglycaemia also stimulates platelet aggregation and platelet activation.16,17 Together, these changes could explain the anecdotal case reports of hypoglycaemia precipitating angina and ACS.

Experimental hypoglycaemia causes ST-wave changes, as well as lengthening of the QT interval and cardiac repolarisation.18 This leads to a decrease in T-wave amplitude and an increase in length of the T-wave, and is reflected by an increase in QTc interval, and could potentially trigger more dangerous tachyarrhythmias, such as ventricular tachycardia and atrial fibrillation, or even sinus bradycardia and asystole.

This effect is augmented in someone with pre-existing prolongation of the QTc interval, such as patients with autonomic neuropathy or genetic predisposition. In addition, many patients with end-organ damage, such as peripheral neuropathy, may be on drugs for their pain that are also known to prolong the QT interval. For example, patients with foot ulcers have been shown to have a prolonged QTc interval and that this is associated with premature mortality.19 While many drugs may cause this prolongation, it may also be a sign of underlying ischaemic heart disease. Acute changes in the QTc interval are thought to be consequent to the hypokalaemia caused by the abundant catecholamine release induced by the hypoglycaemic episode. In an experimental setting, these effects have been found to be attenuated by potassium replacement and beta blockers. A recent study looking at electrocardiogram (ECG) changes during hypoglycaemia in patients with type 2 diabetes, showed an increased incidence of arrhythmias, bradycardia, atrial and ventricular ectopics, especially during nocturnal hypoglycaemia.20

There are further layers of complexity. Several agents used to treat diabetes do not lower blood glucose – they stop glucose levels from rising. A recent study showed a high incidence of asymptomatic episodes of hypoglycaemia with blood glucose levels of <3.1 mmol/L in patients receiving treatment with insulin and/or sulfonylureas – agents that lower blood glucose. However, severe hypoglycaemia did not develop in any of the control subjects on metformin and/or dipeptidyl peptidase-4 (DPP4) inhibitors – drugs that stop glucose levels from rising. Patients in whom blood glucose levels dropped to <3.1 mmol/L had a higher number of ventricular arrhythmias.21 An analysis of over 250,000 patients showed that the risk of death of someone on a sulfonylurea was more than double that of someone on metformin.22

The ‘Dead in Bed’ syndrome generated a lot of interest in the 1980s and 1990s. Several theories were postulated to try to explain the mysterious and disturbing deaths of otherwise healthy young patients with type 1 diabetes.23 These young people had retired to bed under normal circumstances and were found dead in an undisturbed bed the next morning. Circumstantial evidence pointed to hypoglycaemia, or an event related to it, to be responsible.24 These authors also describe the new evidence to support that repeated hypoglycaemia stimulates orexin neurons in the hypothalamus, causing defective awakening and hypotonia of the upper airway muscles. They postulate that these abnormalities lead to an increase in sympathetic tone, variations in intrathoracic pressure, cardiac arrhythmias and depression of ventilation.24 It is thought that these factors lead to cardio-respiratory arrest and sudden death during sleep. Patients with diabetes have been found to be at least three to four times higher risk for a sudden death compared with a non-diabetic population.25

All of the authors are full-time employees of the UK National Health Service.

11. The Diabetes Control and Complications Trial Research Group. The effect of intensive treatment of diabetes on the development and progression of long-term complications in insulin-dependent diabetes mellitus. N Engl J Med 1993;329:977–86. http://dx.doi.org/10.1056/NEJM199309303291401

23. Heller SR. Abnormalities of the electrocardiogram during hypoglycaemia: the cause of the dead in bed syndrome? Int J Clin Pract 2002;129:27–32.