The association between obstructive sleep apnoea (OSA) and neurovascular disease was discussed by Dr David Hargroves (British Association of Stroke Physicians Education and Training Chair) and colleagues from East Kent during the training day at the conference. Dr Hargroves presented previously published data which shows that OSA is not uncommon: 24% of men and 9% of women in the general population may have OSA, 3−4% with clinically ‘obvious’ sequelae, and 60% of older and obese people may have OSA.1 Clinicians treating patients with neurological presentations should have a high index of suspicion, with clinical history taking being very important, as always. Patients with excessive daytime sleepiness with an Epworth sleepiness score of more than 12 but also evidence of nocturnal sympathetic over activity (sweating, thirst, dry mouth, nocturia etc.) without daytime somnolence should be investigated and have OSA excluded with a formal sleep study. 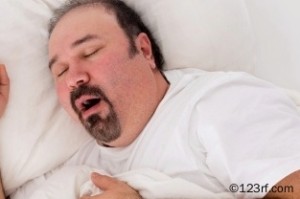 A mechanism by which OSA may be related to stroke was hypothesised as being the result of a reduction in cerebral blood flow due to negative intrathoracic pressure. This, in turn, induces cerebral ischaemia and reduces middle cerebral artery (MCA) velocity, increasing sympathetic tone, which in return, increases oxidative stress and contributes to endothelium dysfunction. Patients with OSA have an increased incidence of hypertension, coronary artery disease, and patent foramen ovale.

Patients with OSA are well known to have an increased incidence of cardiovascular disease. In an observational study of 1,022 patients referred to the Yale Sleep service, 68% were found to have an apnoea-hypopnoea index (AHI) of more than 5 (the OSA group), who were compared to those patients found to have an AHI of less than 5 (the control group).2

After three years of follow-up, data revealed that the risk of stroke, hypertension and oxygen desaturation in the OSA group was significantly higher. Those in the OSA cohort had a mean AHI of 35 compared to a mean AHI of 2 in the control group. Adjusted hazard ratio for the risk of stroke or death from any cause was again significantly higher (2.24) in the OSA group. Increased severity of OSA was directly proportional to the incidence of stroke or death from any cause. Untreated OSA has previously been reported as being the cause of the highest incidence of stroke.

The take home message given was that all patients with neurovascular disease should have OSA actively excluded with appropriate history taking and, if required, exclusion with overnight polysommography. The audience (60% stroke physicians/neurologists) had the opportunity to vote via electronic pads and demonstrated that following the talk, 70% would now actively seek to exclude OSA as a diagnosis in their neurovascular patients.

Blood pressure control and use of GTN

High blood pressure is associated with poor outcome after stroke. Whether blood pressure should be lowered early after stroke, and whether to continue or temporarily withdraw existing antihypertensive drugs, is not known. Professor Philip Bath’s group from the University of Nottingham presented a Cochrane literature review of the current available evidence.3  Dr Kailash Krishnan (Division of Clinical Neuroscience, University of Nottingham) said that he and his colleagues had identified 100 trials of which 66 were excluded; this was due to unavailability of blood pressure data in nine studies and confounding factors in another 57 trials. Some 26 trials with a total number of 17,011 patients were included in the review.

The review objective was to assess clinical effectiveness of altering blood pressure in acute stroke. The primary outcome was death or dependency and death or disability. The secondary outcome was blood pressure after randomisation, on treatment, and heart rate (HR), death (less than one month or more than one month), late disability or dependency, early neurological deterioration and length of stay. The review did not demonstrate that lowering blood pressure improves outcome.

Despite this one agent has shown some promise: nitric oxide (NO) is a candidate treatment for acute stroke due to its multimodal activity, including vasodilator, blood pressure lowering and neuroprotection. Glyceryl trinitrate (GTN), a NO donor, has been studied in multiple trials in patients with ultra-acute, hyperacute, acute and subacute stroke. Randomised controlled trials of GTN versus control were identified through electronic searches of databases. Five trials (four phase II studies, one phase III study) were identified, involving 4,197 patients with acute or subacute stroke (2,113 treated with GTN, and 2,084 not treated with GTN). Patients enrolled within six hours of the stroke numbered 312 (7%). The review found GTN significantly improved the functional outcome of patients when administered within six hours but not beyond.

In the ENOS (Efficacy of Nitric Oxide in Stroke) trial, the trialists assessed outcomes after stroke in patients given drugs to lower their blood pressure. It was a multicentre, partial-factorial trial, which randomly assigned patients admitted to hospital with an acute ischaemic or haemorrhagic stroke and raised systolic blood pressure (systolic 140–220 mmHg) to seven days of transdermal GTN (5 mg per day), started within 48 hours of stroke onset, or to no GTN (control group). A subset of patients who were taking antihypertensive drugs before their stroke were also randomly assigned to continue or stop taking these drugs.

Dr Krishnan pragmatically advised withholding a patient’s previously prescribed antihypertensive until the patient was able to swallow this or a suitable oral route existed (e.g. NG tube in situ).

Professor Peter Rothwell (University of Oxford) spoke on the urgency of improving prevention of stroke in an ageing and older population. He eloquently distinguished between life expectancy and life span. The latter is relatively fixed, at just over 100, but the former is amenable to aggressive intervention, particularly in older age. He went on to confirm that many older patients are still under investigated in the UK. Through the implementation of relatively simple and already known preventative measures, delaying stroke onset by five years would see a 50% reduction in stroke incidence by 2030. He cited evidence of the 70−90% reduction in stroke if aspirin is used immediately in suspected transient neurological deficit (TIA)/minor stroke. He was enthusiastic for a similar campaign to the FAST campaign for stroke to occur for patients with TIA.

Atrial fibrillation (AF) is one of the most common cardiac arrhythmias and its prevalence increases with age. As life expectancy worldwide increases so will the prevalence of AF and its adverse sequelae from associated ischaemic stroke. Dr David Hargroves (East Kent Hospitals) presented data from England Hospital Emergency Admissions data (HES) for the year 2013−14. AF was associated with stroke in at least 29% of patients either during or prior to their admission. This compares to previous estimates of 20−21%. The mortality rate, length of stay and readmission rate was significantly higher from AF versus non-AF associated stroke patients.

There is still a significant problem with a failure to appropriately treat patients at high risk of cardioembolic events with anticoagulation. The Sentinel Stroke National Audit Programme (January−March 2013) showed that in patients suffering a stroke with AF, 36% were treated with an oral anticoagulant and 38% were treated with an antiplatelet; 26% received neither.

This is despite evidence from both the BAFTA (Birmingham Atrial Fibrillation Treatment of the Aged) and AVERROES (Apixaban versus Aspirin to Prevent Stroke) studies, which compared the efficacy and safety of warfarin or apixaban, respectively, with aspirin in patients aged 75 or older, and found similar, non-statistically different risks from haemorrhagic risk with both.4,5

Recent updated guidance from the National Institute for Health and Care Excellence guidance (CG180)6 recommends a personalised package of care in managing AF and preventing stroke. It also advises use of SPARCtool (www.sparctool.com) for risk assessment and prescription of a suitable oral anticoagulant. NICE recommends offering first-line anticoagulation to all patients with CHA2DS2-VASc score of >2, and consideration in men with score of >1. It recommends use of novel oral anticoagulants (NOACs) or vitamin K antagonists. There is no place for single antiplatelet use as a mode of stroke prevention.

A recent meta-analysis7 of randomised trials compared the efficacy and safety of the following NOACs with warfarin:

The meta-analysis found NOACs to be superior in stroke prevention with a lower risk of cerebral haemorrhage (p<0.0001) but there was a statistically increased risk of gastrointestinal bleeding with the NOACs (p = 0.043). Trials have also shown that NOACs are non-inferior to warfarin for safety and efficacy.