Updated collaborative guidelines from the ERS and ESC on the diagnosis and management of pulmonary hypertension (PH) were presented at the ERS by Professor Marc Humbert (chairperson of the ERS taskforce). PH diseases continue to be classified into one of five groups and its haemodynamic definition remains unchanged, with a mean pulmonary artery pressure ≥ 25 mmHg at right heart catheterisation.

There is a high prevalence of left heart disease in the PH population. As the pulmonary arterial wedge pressure (PAWP) may be normal in patients on diuretics, the guidelines remind clinicians of the utility of other haemodynamic measurements. Both pulmonary vascular resistance (PVR) and the diastolic pulmonary gradient (DPG) can be helpful in determining whether there is a co-existing element of pre-capillary PH. The DPG, defined as diastolic pulmonary artery pressure minus PAWP, can help clarify the subtype of PH in left heart disease. A DPG ≥7, with or without a PVR ≥3 wood units, suggests the presence of pre-capillary PH.

In relation to diagnostic right heart catheterisation, the guidelines continue to advocate the use of acute vasodilator response testing, which can identify those patients with pulmonary arterial hypertension (PAH), who may respond well to calcium channel blocker therapy as a first-line treatment.

There are now several types of specific pulmonary vasodilator drugs available for the treatment of PAH and either a single or combination of drugs can be commenced at diagnosis. The guidelines describe a simple traffic light risk assessment model, which can guide escalating pulmonary vasodilator therapy at further patient reviews. The model stratifies patients in to low, intermediate and high-risk groups, based on the estimated one-year mortality, and it details certain treatment goals for patients. Other treatment considerations include warfarin as the only recommended anticoagulant in PAH due to the lack of any evidence on the newer, non-vitamin K anatagonist oral anticoagulants (NOACs). Beta blockers should also be avoided in the treatment of PAH.

The GRIPHON (Prostacyclin [PGI2 ] receptor agonist in pulmonary arterial hypertension) study was further analysed at the congress. GRIPHON has established that selexipag, an oral, selective prostacyclin receptor agonist, can reduce the risk of a primary composite end point of death or complication from PAH compared to placebo in PAH patients.

Current standard administration of parenteral prostacyclin therapy is either intravenously or subcutaneously and such access can be complicated by local side effects or even systemic infections. Professor Ardershir Ghofrani’s group (University Hospital, Giessen, Germany) presented their experience of 51 patients who received a new, fully implantable pump for delivery of intravenous treprostinil. Devices were implanted either under local or general anaesthetic and there were no major intraoperative complications of pump implantation. Two patients required treatment in intensive care for acute right ventricular and respiratory failure. Two further patients died of progressive right heart failure not relating to pump implantation. Further trials are required to establish the long-term efficacy and safety of this treatment modality.

The PAH-SYMPACT (Pulmonary arterial hypertension-symptoms and impact) questionnaire is a patient-reported outcome (PRO) instrument consisting of both symptom and impact items based on interviews of patients with PAH. Dr Kelly Chin (University of Texas Southwestern Medical Center, Dallas, USA) presented the evaluation of PAH-SYMPACT using data from a phase IIIb PAH study with macitentan (SYMPHONY). Data from 278 patients were included and the finalised PRO instrument consisted of 11 symptom and 11 impact items. Adherence in completing the questionnaire was 83% so PAH-SYMPACT could potentially be a useful clinical and research tool in PAH.

Professor Paul Corris (Freeman Hospital, Newcastle upon Tyne) presented the results of a pilot study, which looked at using a digital system to measure adherence and activity (in steps) in order to support self-management and optimise therapy in PH. Proteus Discover, a digital feedback system, consists of sensor-enabled medicines, a wearable sensor and a patient app. The study included 21 patients who were prescribed sildenafil over 12 weeks. Results showed the mean adherence was 94% and the daily step count was 1,890. When the previous day’s adherence was low (0-25%), there was a reduction in 381 steps the following day, compared to patients with a high adherence (>75%). The digital system confirmed high adherence in seven patients whose clinical state declined and therefore required escalation of treatment.

A review of key publications on thromboembolic disease and PH over the past year was given by Professor Marius Hoeper (Hannover Medical School, Hannover, Germany).

One study he reviewed, carried out by Becattini et al., investigated the ESC 2014 pulmonary embolism (PE) guideline risk assessment to predict mortality at 30 days in 960 consecutive patients presenting with acute confirmed PE. The mortality rate was 22% in high-risk and 0.5% in low-risk patients. The mortality rate in the intermediate-high and intermediate-low risk groups were 7.7% and 6%, respectively, highlighting a need for improvement for risk stratification in this group.

He also discussed the PADIS-PE (Six Months vs Extended Oral Anticoagulation After a First Episode of Pulmonary Embolism) study. The optimum duration of anticoagulation after a first, unprovoked PE is uncertain and the PADIS-PE study looked at patients who had received six months of warfarin therapy after an acute unprovoked PE. Patients were randomised to either a further 18 months of treatment or to placebo. Results showed that those receiving an extension of warfarin treatment had a reduced composite outcome of recurrent embolism and major bleeding compared to placebo, but the benefit was lost after eventually discontinuing anticoagulation. Professor Hoeper commented that he expects there will now be a shift towards indefinite anticoagulation after an unprovoked, acute PE.

Pulmonary endarterectomy (PEA) is the treatment of choice in chronic thromboembolic pulmonary hypertension (CTEPH) as it has the potential to cure the disease. Data on the long-term outcomes following PEA have been published, for the first time, by Dr John Cannon and colleagues from Papworth Hospital, Cambridge. They analysed 880 consecutive patients undergoing PEA for CTEPH and found that haemodynamics on the first day after surgery were not predictive of long-term outcome whereas haemodynamics measured at three, six and 12 months all enabled risk stratification in terms of recurrent PH and survival. Most patients with residual PH following PEA do not require any treatment given its mild severity, although some patients will eventually need medical therapy. 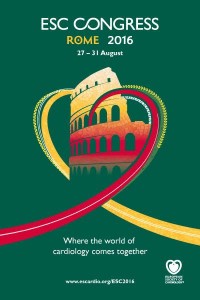 Women with PH have a high risk of morbidity and mortality during pregnancy and in 2007 the ESC initiated the European Registry on Pregnancy and Heart Disease (ROPAC). This on-going worldwide registry enrols consecutive patients with all forms of cardiovascular disease, presenting with pregnancy, with the aim of investigating pregnancy outcomes.

Data were presented from this registry by Dr Iris van Hagen (Erasmus University Medical Centre, Rotterdam, The Netherlands) from a cohort of 151 women with PH. Some 26% had PAH in three different subgroups: idiopathic (iPAH); associated with congenital heart disease (CHDPAH); or associated with other disease (oPAH). The remaining 74% (n=112) had PH due to left heart disease (LHDPH). Maternal mean age was 29.2 ± 5.6years and 37% were nulliparous.

Maternal death up to one week after delivery occurred in five patients (3.3%). Another two out of 78 patients with follow up available (2.6%) died within six months of delivery. Highest mortality was found in iPAH. Heart failure during pregnancy occurred in 27%. Caesarean section was performed in 63.4% (23.9% as emergency). Therapeutic abortion was performed in 4.0%.

Only 4% of the patients received a calcium channel blocker and 5.9% advanced PAH therapy during pregnancy.

As specialised care during pregnancy and delivery was available, however, the mortality reported in these patients with various sub-classifications of PH was lower than previously reported. But Dr van Hagen stressed that we should carefully distinguish between, mild, moderate and severe PH and carefully investigate the reasons for increased pressures since maternal and fetal mortality remains prohibitively high in women with iPAH.

She concluded by saying that early advice on contraception, pregnancy risk and fetal outcome remains paramount in this patient population and it should be delivered by “a dedicated specialist team with expertise in pulmonary hypertension“.

PAH associated with congenital heart disease is increasingly common. Many patients still have a poor prognosis following a correction to their structural heart defect. Data from randomised controlled studies in this patient population are limited. The global phase III GRIPHON study enrolled 1,156 PAH patients and the overall population included 110 patients with congenital cardiac shunts at least one year after correction.

Dr Maurice Beghett (University Hospital Geneva, Switzerland) presented analyses on the efficacy and safety of selexipag in PAH patients with repaired congenital cardiac shunts (PAHCHD). Of the 110 patients enrolled with PAHCHD (selexipag: n=60; placebo: n=50), 55 (50%) had corrected atrial septal defect, 38 (35%) had a corrected ventricular septal defect, 14 (13%) had corrected persistent ductus arteriosus and three patients did not have the type of defect specified. Mean age was 40.3 years, mean time from diagnosis was 3.6 years, 61% were in WHO functional class I/II and 68% were on background therapy at baseline.

Common prostacyclin-associated side effects observed with selexipag in PAHCHD patients (e.g. headache, diarrhoea, jaw pain) generally occurred at a similar incidence to that seen in PAH patients without congenital heart disease. No serious adverse events were reported more frequently (i.e. >2% difference between selexipag and placebo) in the selexipag group compared to placebo.

Dr Beghetti concluded that the beneficial treatment effect of selexipag, as well as the safety and tolerability profile, in this analysis of congenital heart disease patients with persistent or recurrent PAH following defect correction, were consistent with that of the overall GRIPHON population.

Pulmonary endarterectomy (PEA) may be the treatment of choice for CTEPH but operability must be assessed by a multidisciplinary CTEPH team. Also, specific medical treatment (MT) should be offered to non-operable patients, according to Dr Maria Jesus Lopez Gude (University Hospital 12 de Octubre, Cardiac Surgery Department, Madrid, Spain).

Dr Lopez Gude and co-authors presented details of a study, which compared the survival of patients undergoing PEA versus MT in a cohort of patients attending a Spanish referral centre, where 205 consecutive patients were referred from 1999 to 2014: 100 and 105 patients received MT and PEA, respectively. All patients were followed up for one year and assessed. Significant differences between patients under MT and under PEA were found in the age at diagnosis (61 ± 15 years vs. 52 ± 14 years); patient gender (65% women vs. 44% men); and evidence of previous venous or pulmonary embolism (75% vs. 88%), and in the number of patients receiving baseline medical treatment (33% vs. 49%).

Analysis of survival (defined as event-free survival, no death or lung transplantation) data showed that PEA patients had a significantly better survival than MT patients: 72% versus 44%, respectively. This survival advantage occured even during the ‘learning curve’ phase of the technique highlighting the recommendation that PEA surgery should be the first treatment of choice for CTEPH patients, according to Dr Lopes Gude.

…and balloon angioplasty for inoperable patients?

Findings from another study at the same centre by Dr M Velazquez et al., showed that balloon pulmonary angioplasty (BPA) is effective and safe in chronic CTEPH non-operable patients.

Having performed 80 BPA sessions in 23 distal type CTEPH non-operable patients (3.5 sessions per patient), these workers suggest that BPA can be considered an effective therapeutic approach in this patient group. From their experience, it improves haemodynamics, functional capacity and biomarkers, and allows prostanoid discontinuation in some patients, but it is also associated with major, possibly fatal complications, including reperfusion pulmonary oedema (7.5%).