News in brief from the world of cardiology. 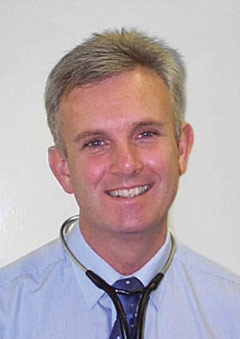 We are delighted to welcome Steve Parry to our editorial board. Steve is a Senior Lecturer at Newcastle University’s Institute for Ageing and Health and Consultant Physician in Acute Medicine and Geriatrics at Newcastle’s Royal Victoria Infirmary.

His clinical and research interests lie in syncope and falls, with particular expertise in the cardiovascular causes of the latter. He has published widely on these problems, is Chair of the British Geriatrics Society Cardiovascular Section, co-author of the European Society of Cardiology 2009 Syncope Guidelines and a member of the national Chapter 8 (CHD National Service Framework) Arrthythmias and Sudden Cardiac Death Implementation Board. Current research interests include the further development of adenosine testing in syncope diagnosis, improvements in the treatment of neurally mediated disorders and the pathophysiology of carotid sinus syndrome.

The North East Oxygen Network (NEON) wants to recruit centres in the North of England to help carry out a study to assess whether home oxygen therapy improves quality of life and breathlessness in patients with severe heart failure. The study is being led by Professor Andrew Clark from the University of Hull and funded by the Health Technology Assessment programme. Patients with ongoing symptoms of breathlessness despite medical therapy are wanted for the study. They will be randomised to receive either nocturnal therapy or long-term oxygen therapy, with a second randomisation to an active or sham device. Further information can be obtained from Andrew Clark – email: a.l.clark@hull.ac.uk

Ivabradine (Procoralan®) has been approved by the European Medicines Agency for use in combination with a beta blocker in stable angina patients who remain inadequately controlled despite an optimal dose of beta blockers, and whose heart rate is above 60 beats per minute.

This follows results from the ASSOCIATE trial, carried out in 889 patients with documented coronary artery disease and angina pectoris in 19 countries, including the UK at St Bartholomew’s Hospital, London under UK study co-ordinator Professor Adam Timmis. The addition of ivabradine 7.5 mg to 50 mg atenolol significantly improved all exercise tolerance test parameters in comparison with beta blockers alone.

This ‘lifevest’ has been named as one of the most innovative and life-changing top medical devices of 2009 by the Medical Device Network. Incorporating a wearable defibrillator, it is used for a wide range of patient conditions including patients at risk of sudden cardiac arrest, post myocardial infarction, before or after bypass surgery or stent replacement, as well as in cardiomyopathy, and those waiting for pacemakers or heart transplants or congestive heart failure. It has protected more than 21,000 patients at high risk of sudden cardiac arrest according to manufacturers, Dot Medical. 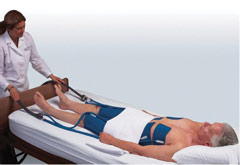 A non-invasive patient cooling system is now available that can quickly control, monitor and maintain core body temperature in a therapeutic range with the aim of minimising damage to the heart and brain. Increasing clinical research demonstrates that mild hypothermia fever reduction have potential protective effects for victims of cardiac arrest, stroke, brain injury, trauma, high fevers and other critical conditions. Further information on the ‘Arctic Sun’ system is available from info@dot-medical.com

Atrial fibrillation (AF) patients treated with catheter ablation using a Navistar® Thermocool® Catheter demonstrated significantly better outcomes at one year compared to those receiving drug therapy, according to data in the January 26th edition of the Journal of the American Medical Association. In addition, patients treated with catheter ablation reported markedly fewer symptoms and substantially improved quality of life.