Patients who start antihypertensive treatment with two drugs do better than those initially given just one, according to the ACCELERATE trial. 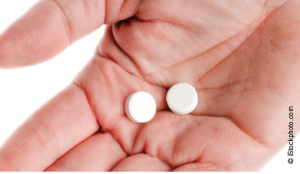 The trial, published online in The Lancet on January 12th 2011, also shows that patients who added in another drug at a later stage improved their response over monotherapy, but not to the same level as those who had begun with combination therapy.

The authors, led by Dr Morris J Brown (University of Cambridge), say they hope the results “will reassure physicians and guideline committees of the safety of even full-dose initial combination and lead to the preference of this option in view of early and sustained superiority”.

In an accompanying comment piece, Drs Ivana Lazich and George Bakris (University of Chicago Pritzker School of Medicine, US) recommend that combination therapy should now be the first choice to start treatment in patients whose blood pressure remains above 150/90 mmHg despite lifestyle changes, and that guidelines should be changed accordingly.

In ACCELERATE, patients with a systolic blood pressure (BP) between
150-180 mmHg were randomised to the direct renin inhibitor aliskiren
(150 mg), amlodipine (5 mg) or both agents. From 16 to 32 weeks, all patients received combination therapy with 300 mg aliskiren plus 10 mg amlodipine.

Results showed that those given the initial combination therapy had a 6.5 mmHg greater reduction in mean systolic BP than the monotherapy groups (p<0.0001). At 24 weeks, when all patients were on combination therapy, the difference was 1.4 mmHg. There was no excess of side-effects in the combination group.

Drs Lazich and Bakris conclude that: “ACCELERATE puts into proper context the importance of starting with combination antihypertensives to lower BP toward guideline goals for the general population. Monotherapy, even when maximally titrated and with add-on agents, generally does not provide the same level of control and risk reduction in people who are 20/10 mmHg above their goal,” they state.