Cardiac Rehabilitation (CR) provision in cardiac care remains the ‘unfinished business’ of the National Service Framework (NSF) for Coronary Heart Disease 2000. The Cardiovascular Networks always promised to be effective health communities across which sharing good practice, and ultimately designing ideal care pathways including CR, to be commissioned against key defined outcomes, could be made. The Myocardial Ischaemia National Audit Project (MINAP) initially overestimated referral to CR, as clarified by the first National Association for Cardiac Rehabilitation (NACR) audit of 2005/2006.1 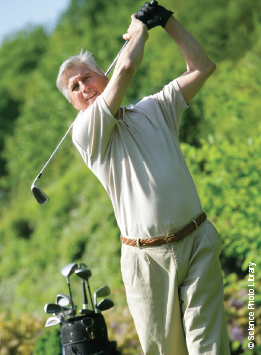 In fact, fewer than half of networks have ever benefited from Patient Choice Revascularisation Pathway monies, which were originally intended to support CR also.2

The START meeting in Birmingham in December 2009 was an opportunity to celebrate the innovative approach undertaken by the West Midlands’ Regional NSF Implementation Group for Cardiac Rehabilitation and Secondary Prevention, describing local CR pathway service standards against which West Midlands’ CR programmes could be audited to inform commissioning.

The subsequent proportional allocation of ‘Patient Choice’ rehabilitation funding across Birmingham and the Black Country was a shared model. The West Midlands’ Standards have been updated annually, incorporating Scottish Intercollegiate Guidelines Network (SIGN) 2002 in the second 2002/2003 edition, and were presented at the British Association for Cardiac Rehabilitation (BACR) in 2006. The launch of the National Campaign for CR in 2007 was supported by NACR audit findings that year, the National Institute for Health and Clinical Excellence (NICE) post-myocardial infarction (MI) guideline, and the new BACR core standards. British Heart Foundation (BHF)/New Opportunities’ Fund (NOF) funding had been the only ring-fenced money going into CR and heart failure following the NSF, and it did help a minority of networks. The National Priority CR project with NHS Improvement began in 2008: key work streams are addressing commissioning relationships, improving CR pathways following earlier revascularisation, aiming to reduce inequalities and to offer genuine choice of centre- or home-based (Heart Manual best proven) programme.

A survey of CR development across the English networks between 2007 and 2009 has assessed and encouraged serial change over the last three years.3 The absence of a Lead Cardiologist for every CR programme led to a NHS Improvement Development event in 2009, with 57% positive impact on network champions.3 The CR pathway following earlier revascularisation had been reviewed in 93% of networks by 2010, compared with only 10% in 2007, and 32% in 2008.3 An improved commissioning relationship is now present in 78% of networks, whereas a good relationship had only been reported in 34% in 2007, and 36% in 2008, before projects took hold.3 A majority of networks look forward to working with the new Commissioning Pack for CR. The improved provision of a real choice of centre- or home-based CR for the majority of patients is also reflected in the 2009 re-audit, initially presented to National Cardiac Conference 2010 before publication.2

There is commitment, but there remains a significant challenge to record NACR data uniformly across networks, and to achieve sufficient investment in CR services so that NSF and NICE goals for all MI, revascularisation, heart failure and angina patients may be realised.

We look forward to a future interface between NACR and other key national cardiac audits. Although much work remains to be done, the sustained support of appreciative patients will help ensure that national commitment is maintained.

Disclaimer: This supplement does not necessarily reflect the official position of the British Association for Cardiac Rehabilitation (BACR). It is intended as a means of promoting thought and discussion for future development as well as to inform healthcare professionals and service providers working in the field of cardiovascular disease prevention and rehabilitation. Any support and sponsorship received in the production of this supplement has been donated to the BACR without condition that in any way represents endorsement of the Sponsor’s products or services The opinions, data and statements that appear in any articles published in this journal are those of the contributors. The publisher, editors, and members of the editorial board do not necessarily share the views expressed herein. Although every effort is made to ensure accuracy and avoid mistakes, no liability on the part of the publisher, editors,  the editorial board or their agents or employees is accepted for the consequences of any inaccurate or misleading information. © 2011 British Journal of Cardiology and MediNews (Cardiology) Limited. All rights reserved. The reproduction, or storage and transmission by means electronic or mechanical will be considered a breach of copyright unless the prior written permission of the publisher has been sought. Printed in the UK by Caric Print Ltd, Bournemouth, Dorset in association with Stephens & George Magazines Ltd. Printed on acid-free paper.
THERE ARE CURRENTLY NO COMMENTS FOR THIS ARTICLE - LEAVE A COMMENT