Enoxaparin is recommended for treatment of patients with acute coronary syndromes (ACS). While plasma monitoring of enoxaparin is not usually required, it may be assessed by measuring plasma anti-Xa levels (therapeutic range 0.5–1.2 IU/ml). Low anti-Xa activity is independently associated with increased 30-day mortality. Although the typical ACS enoxaparin dose is 1 mg/kg twice daily, in clinical practice some treatment protocols dose cap to reduce bleeding risk (for example, some local units cap at 60 mg twice daily). 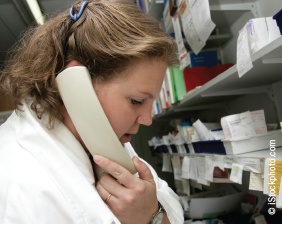 The low molecular weight heparin (LMWH) enoxaparin is recommended by the European Society of Cardiology as an antithrombotic agent for the treatment of acute coronary syndromes (ACS) (class I level A indication in the treatment of acute ST-elevation myocardial infarction [MI] along with thrombolytic therapy and class IIa level B recommendation in the treatment of ACS without ST elevation).1,2 A dosing strategy of 1 mg/kg twice daily is recommended as higher doses have been shown to result in increased bleeding without further clinical benefit.3 Weight-adjusted dose reduction is advised in patients >75 years and in those with creatinine clearance <30 ml/min.4 The superiority of enoxaparin over unfractionated heparin (UFH) has been demonstrated by several randomised-controlled trials.5 Enoxaparin is not subject to the same unpredictable protein binding as UFH, and its predictable pharmacodynamics and pharmacokinetics mean that monitoring of therapy is not usually required. However, the biological activity of LMWH can be monitored by measuring anti-Xa activity with the therapeutic range for ACS defined as 0.5 and
1.2 IU/ml.3,6,7 To reduce the perceived risk of haemorrhage, in Northern Ireland, some local treatment protocols have suggested dose capping enoxaparin at 60 mg twice daily regardless of patient weight. However, there is evidence to suggest that patients with low anti-Xa activity have worse outcomes.8 We, thus, evaluated the achieved anti-Xa activity of a 60 mg twice-daily dosing strategy.

We studied 20 consecutive patients admitted to the coronary care unit with a diagnosis of ACS. Age, height and weight, Thrombolysis in Myocardial Infarction (TIMI) score and baseline renal function were recorded. All patients were treated with enoxaparin 60 mg twice daily administered subcutaneously. As part of a clinical audit to assess the adequacy of anticoagulation using the local enoxaparin treatment protocol at that time, anti-Xa activity was measured four to six hours after the morning dose of enoxaparin, after patients had received at least two subcutaneous doses, according to the protocol described by Montalescot et al.8 Anti-Xa was measured on the Sysmex CA1500 analyser using a Berichrom heparin kit (Dade Behring Marburg GmbH). This is a chromogenic assay. The standard laboratory protocol was followed and enoxaparin was used for calibration. The therapeutic range of anti-Xa levels was defined as 0.5 to 1.2 IU/ml. Patient weight in therapeutic versus subtherapeutic groups was compared using independent students t-test.

Monitoring with anti-Xa activity is not usually required, although if using very large doses of enoxaparin, it may help to reassure physicians that the therapeutic range is not being exceeded.9 While enoxaparin 1 mg/kg twice daily has been shown to be an effective treatment for reducing cardiovascular events in patients with ACS, in one meta-analysis, the incidence of major haemorrhage with enoxaparin compared with UFH was 4.3%.5 Some local treatment protocols in Northern Ireland have advocated dose capping in an attempt to reduce bleeding complications. Two clinical scenarios do warrant dose reduction. As enoxaparin is renally excreted, in those with severe renal impairment (creatinine clearance
<30 ml/min) reduction in daily dose to 1 mg/kg once daily is advised.10 Dose reduction to 0.75 mg/kg twice daily is also recommended in patients >75 years receiving thrombolytic therapy for ST-elevation MI, as used in the Enoxaparin and Thrombolysis Reperfusion for Acute Myocardial Infarction Treatment – Thrombolysis in Myocardial Infarction study 25 (ExTRACT-TIMI 25) trial. Of note, both dose modifications still used weight adjustment (initial dose capping was advised in ExTRACT-TIMI 25 but only at the relatively high dose of 100 mg twice daily or 75 mg twice daily if >75 years). However, our study has shown that dose capping at 60 mg twice daily in a population of average weight, may result in a high proportion of patients achieving subtherapeutic anti-Xa levels potentially increasing risk of cardiovascular morbidity and mortality.

The authors would like to thank Dr Kathryn Boyd, Consultant Haematologist, Craigavon Area Hospital for her assistance with the anti-Xa assay.

KSL and VN: none declared. IBAM has recieved honoraria for lectures/advisory board participation from Sanofi-Aventis, GlaxoSmithKline and the Medicines Company.