A postal survey was sent to the patients who attended the nurse-led heart failure clinics more than once in the first two years of the service. There were two types of questions: multiple-choice questions and those allowing free text answers. We approached 228 patients. We received responses from 192 (84%). Of these patients, the majority (80–90%) responded positively to most of the questions. The vast majority of patients regarded the service as providing excellent care, that the staff were courteous and professional, and they were able to establish a good relationship. The negative remarks were related to facilities such as parking spaces in the hospital, and to the label of heart failure. The team endeavours to make improvements to the service. 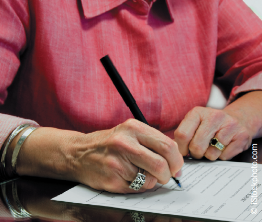 In 2007, The Healthcare Commission reviewed services for patients with heart failure in England.1 Their report rated the health communities in Sheffield as weak. This resulted from poor scores in the following areas: diagnosis, waiting times, evidence-based treatment, referral to a heart failure service, collection of audit data, and high mortality and emergency admission rates.

As a result, a service improvement group at Sheffield Teaching Hospitals NHS Foundation Trust (STHFT) was formed. The group proposed the formation of a new heart failure service with a vision to be fulfilled. Within the first year, we demonstrated significant improvement in the uptake of evidence-based therapy for heart failure patients. One of the pillars of the service is the heart failure clinic led by the heart failure nurse specialists. We sought in this report to evaluate the patients’ experience of the nurse-led clinic, in order to improve the service. Therefore, we adapted a questionnaire from the British Heart Foundation and gained approval from the STHFT Clinical Effectiveness Unit.

Brief description of the service

There were 20 questions, some of them were multiple-choice questions and others allowed the patients free text to answer. The questionnaire was sent to all patients who had attended the nurse-led heart failure clinic on more than one occasion, between December 2008 and November 2010. The questionnaire was sent with a covering letter to explain the purpose of the survey, assuring the patients of their anonymity, that their views will be used to improve the service, that their participation is voluntary and that there will not be an adverse impact on the care irrespective of any negative remarks. The patients were invited to send their replies in the provided stamped-addressed envelope. The questionnaire was approved by the appropriate governance body of our institution.

Not all the 192 responses were fully completed, as not all the questions were applicable to all patients. Of the responders, 141 patients (73%) were aged 65 years or over. The majority of responses received (77%) were from male patients. Most of the responders (91%) were of white British origin living in Sheffield where the service is located.

Questions 2 to 19 were multiple-choice questions and the results are summarised in table 1.

Only 50% of patients responded to Question 20, which asked “Is there anything you would like to change? If you have any further comments, or suggestions for the way we could improve the service, please write in the box provided”. Of the responders, 46% made no suggestions for improvement, while 33% of the responders gave positive feedback comments. A few patients made suggestions to improve the service, such as seeing the same nurse at every visit and improving communication with the GP, and four patients wanted better advice about their condition.

The heart failure service aims to reduce hospital admissions, to educate patients about their condition (symptoms, causes and medications), to empower patients to take control of their condition and, in the longer term, to improve patients’ survival. The questionnaire allows the patients to give feedback of their assessment of the service, thus helping us re-shape the service to meet their needs.

Patients’ experience is an increasingly important concept within the healthcare sector and is being included as an indicator of care quality, along with more traditional methods, such as mortality rates. All National Health Service (NHS) acute and speciality trusts are required to obtain feedback from patients about their experience of care as part of the 2009/10 NHS Operating Framework.2 This information is used by the Care Quality Commission (CQC) to assess how well trusts are performing. It is important for clinical staff to be responsive to their patients’ needs.

We were pleased with the positive findings of the survey with regards to the patients’ perception of the care and support they have received (90%), that the team members were courteous and professional (97%), that the patients were given sufficient time during visits (87%) and that they were given a contact number for the team (84%). The latter gave access to the team and helped them to cope with their illness (90%). A 2003 study by Zrinyi and Horvath investigating nurse–patient interactions following a cardiac event in Budapest3 produced similar findings. These investigators found an association between patient satisfaction and attentive nurse behaviour. They found that the patients’ ability to discuss health concerns with clinical staff had a significant influence on patients’ perceptions of healthy lifestyle behaviours.

The most common negative responses were related to the hospital experience in general and were not specific to the heart failure service. However, these are important factors to consider, as they do form part of the patient experience of care as a whole, and can make an otherwise good experience unpleasant.

Another common negative response was that the patients said they initially felt apprehensive about seeing a heart failure nurse specialist as opposed to a doctor. However, they were put at ease by the nurses, who alleviated their anxieties.

We have taken seriously the patients’ concerns, and have already implemented changes to the service, such as asking the patients if they preferred to come to the hospital or be seen nearer to home.

Other negative remarks will result in improved information and communications with the patients to remove any misunderstanding.

Not all patients could be seen at home as the community nurses’ workforce is limited in number. In addition, the clinic is more efficient as only three home visits could be performed by a nurse in one session, while during the same time a nurse could see six patients in a clinic. The hospital provides easy access to cardiac facilities. This needs to be explained to the patients and their carers. Finally, we need to inform the patients that their care will not be exclusively by the nurses, but by a multi-disciplinary team that devises their care plan. We are re-organising the heart service in Sheffield and are being joined by an excellent group of community heart failure specialist nurses. We intend to assess the impact of that development in a future survey.

The suggestions for improvement centred on the need for better information and advice about the condition, particularly for the newly diagnosed. A number of comments were related to finding the term ‘heart failure’ upsetting, which is perhaps linked to a lack of understanding about the condition. This is similar to the findings of a 2006 study by Oterhals et al.,4 who investigated the relationship between in-hospital information and patient satisfaction following an acute myocardial infarction, and found that the more information the patients received, the more satisfied they were with the hospital stay. It is vital the message is positive without losing clarity about the condition. Indeed, it is not good news to have heart failure. Claiming otherwise is not positive as it prevents the patient and carer from knowing the reality and from being prepared to deal with it with support and help from all the health professionals and carers in the hospital and the community.

A large number of patients reported that a support group would be beneficial, and some were willing to be involved in such a group. However, a study by Song et al. found that while cardiac support groups were beneficial for patients, there was no significant difference between the outcomes of the supported group and the control group. Song et al. proposed further research needs to be conducted in this area.5 This may suggest that the benefits gained are related to individual patients and their need for support, rather than being related to any clinical benefit. However, establishing such a group is a step that we endeavour to take, and we envisage that joining the support group or tapping into its expertise would be voluntary.

Some patients reported that they would like the opportunity to discuss prognosis during clinic visits and a small number stated that they would also like to discuss end-of-life planning. It is our usual practice to discuss prognosis within the hospitalisation period. This will be monitored closely through the multi-disciplinary team meetings and audits. In addition, we are cooperating with colleagues in the palliative care team to involve them in the care of heart failure patients at an earlier stage. However, the relationship between stage of heart failure and end of life is not a straightforward or a predictable one.

The investigators who collated and analysed the data are members of the heart failure team who are not directly involved in the delivery of care in the heart failure specialist nurse-led clinic, thus, the analysis was objective. We intend to repeat the survey in a year’s time in order to reflect any changes in the service and responses.

The survey proved that nurse-led heart failure clinics are well-received by the majority of heart failure patients, and that they provide these patients with education and support, in addition to delivering holistic evidence-based medical and nursing care.

The team are grateful to Miss Catherine West, who is a former member of the Heart Failure team at STHFT and contributed to the production of the questionnaire prior to it being sent out.