We carried out an online survey of nurses who deliver rapid access chest pain (RACP) clinics and consultant cardiologists to establish current practice and response to the guidelines. Our results demonstrate that assessing PTP is now accepted as a key part of management. The first-choice investigations, at present, for low PTP patients are cardiac CT (used by 44%) and exercise tolerance tests (ETT 43%) with further use of cardiac CT limited only by availability. There is a broad range of investigations used in the medium PTP group including use of all modalities of functional imaging, ETT and cardiac CT. Cardiologists continue to use functional tests including ETT in the high PTP group, but the majority use invasive coronary angiography (ICA) as a first-line test.

This survey shows that the NICE guidelines have been broadly accepted and there are ongoing efforts to implement them, subject to availability of tests and resources. There is some disagreement with the guidelines, with some cardiologists still preferring to use the ETT in all risk groups, and some preferring to use functional imaging tests in higher risk patients, in preference to ICA.

In conclusion, there is very good uptake of the NICE guidelines on management of patients with chest pain. The reasons the guidelines are not fully implemented revolves around availability of resources, as well as a preference for functional tests for the additional prognostic information. This point is supported by the European Society of Cardiology (ESC) guidelines, which have built on and added to the NICE guidelines. 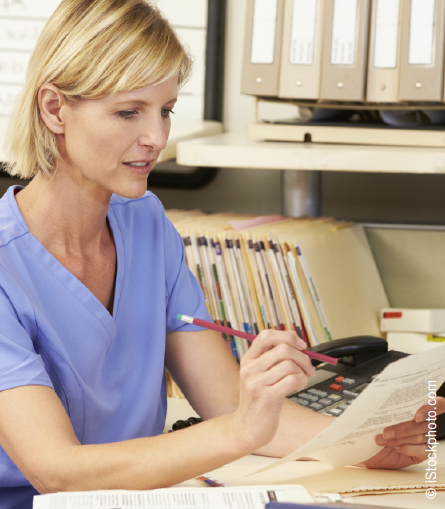 In 2010, the National Institute of Health and Care Excellence (NICE) published a new guideline for the investigation of patients with chest pain of recent onset. This guideline reflected the importance of assessing the pre-test probability (PTP) of finding coronary artery disease (CAD) in patients, prior to selecting further investigations. NICE advocated a modified Duke Clinical Score method to calculate pre-test probability of CAD. They recommended the use of cardiac computed tomography (CT) in the investigation of patients with low PTP of having CAD, alongside clearly defined roles for functional imaging tests, in patients with moderate PTP, and invasive coronary angiography (ICA) in patients with high PTP. For the first time, traditional exercise tolerance tests (ETTs) did not feature in the advocated battery of tests suggested.

The implementation of these guidelines would involve substantial restructuring of the services that are available to investigate patients with chest pain, a role usually carried out by specialist rapid access chest pain (RACP) clinics. In view of the logistical and organisational changes required by individual hospitals to implement the guidelines, we wanted to investigate how RACP services in the UK have responded to them. We undertook a survey of multiple RACP clinics from around the UK to establish their current practice and how they have integrated the new NICE guidance into their practice.

The questionnaire was designed to establish the practice of nurses running RACP clinics, and the views of cardiologists, in terms of their preferred route of investigation of their patients. We aimed to establish the views of consultants regarding their current practice, as well as their preferences if resources did not limit the investigations available. After an initial question set had been established, these were sent to a number of nursing and consultant colleagues for feedback. The questions were then adjusted in light of comments. The questionnaire was sent out using an online question bank that stores responses and data. We provided space for general comments on a number of aspects of the NICE guidelines.

We publicised the survey for nurses involved in the delivery of RACP services in the British Association for Nursing in Cardiovascular Care (BANCC) monthly newsletter. We also sent direct electronic mails to nurses delivering RACP services where we had access to their contact details.

We contacted 501 cardiologists directly through electronic mail. The contact details came from a published directory of UK-based practicing consultant cardiologists.

In total, 56 cardiology specialist nurses responded to our survey: 28 (50%) of respondents were based in London and the South East, and 51% were from district general hospitals (DGHs). Respondents were asked their perception of the proportion of patients referred for different investigations based on their PTP of having CAD. We classified infrequent use as use of the test in between 0% and 30% of patients, moderate use of the test if used in 30% to 70% of patients in that group, and frequent use as between 70% and 100% of patients in the group.

In total, 65% of the respondents assess the patient’s PTP of having CAD using the NICE suggested modified ‘Duke Clinical Score’ tool. The remainder use a less formal approach based on their own clinical judgement.

In total, 102 consultant cardiologists responded to the survey: 44% were based in teaching hospitals. Interventional cardiologists accounted for 57% of respondents, 27% were general cardiologists and 17% were imaging cardiologists. When making an assessment of patients PTP of having CAD, 66% of cardiologists use their clinical judgement. The remainder use the NICE advocated risk score.

Among consultant cardiologists, the first-choice investigations, at present, for low PTP patients are cardiac CT (used by 44%) and ETT (used by 43%). Second choice of investigation was stress echo (28%) and cardiac CT (24%). If there were no restrictions in availability of investigations, 59% of cardiologists would use cardiac CT as the first-line investigation. The remainder would choose ETT (22%), cardiac magnetic resonance imaging (MRI) (9%), stress echo (5%) or nuclear stress test (5%). The data were further analysed based on consultant specialty. Cardiac CT was more popular among imaging specialists (87%) compared with interventional cardiologists (57%) and general cardiologists (42%). The highest rate of preference for ETT was among interventional cardiologists, in whom 25% still consider it their first-choice investigation. Interestingly, among the low PTP group, 56% of cardiologists feel a zero calcium score is a sufficiently reassuring result and do not proceed to CT coronary angiography (CA). The remaining 44% proceed to a CTCA despite a zero calcium score.

Overall, 78% of consultants reported infrequently referring patients with very low PTP (<10%) of CAD for diagnostic testing. The most common reason stated was the reassurance of the patient and the referring doctor. In addition, tests were considered in subgroups where it was felt current risk stratification (that placed the patient in the very low risk group) would underestimate the incidence of CAD. Some respondents felt that the benefit of performing ETT in this situation include proving the safety of exercise to the patient. Furthermore, 66% of consultants reported infrequently referring patients at very high risk (>90%) of CAD for functional imaging tests prior to ICA. The reasons stated included avoiding ICA in those at increased risk from the procedure, to define the ischaemic territory and guide the revascularisation strategy, and for patients who decline ICA as a first-line test.

The NICE guidelines on chest pain of recent onset restrict themselves to the diagnosis of the presence of CAD.1 They explicitly avoid investigations to assess prognosis in CAD, which is dealt with in a separate guideline, on the management of stable angina.2 The NICE guidelines suggest a strategy with which to approach the diagnosis of CAD. The guidelines emphasise the importance of the PTP on the subsequent diagnostic investigations. This principle has been taken up and re-iterated in the 2012 American Heart Association/American College of Cardiology (AHA/ACC) guidelines3 and the 2013 ESC guidelines4 on patients with stable chest pain. The tool advocated to assess PTP by NICE is the modified Duke Clinical Score, published in 1993, which takes account of clinical history and the presence of recognised cardiovascular risk factors.5 NICE acknowledged that the PTP assessment offered by the Duke Clinical Score may overestimate the risk of CAD in a primary care population.1

As expected, our results demonstrate a range of different practices around the UK. There is broad agreement with NICE that cardiac CT is the investigation of choice in patients with low PTP (59%). However, a significant proportion of RACP clinics continue to use ETT despite its known low sensitivity (45–50%) in detecting CAD in patients with low PTP.4 The enthusiasts for ETT emphasise its value in reassurance and risk stratification, although the latter is less important in low-risk patients.

Functional imaging tests are used beyond the moderate PTP group NICE advocate it for. There was significant use of all modalities in the low PTP, as well as the high PTP, and the group whose PTP was above 90%. This was also reflected in the investigations of choice if there were no restrictions in availability. The reasons cited for these approaches included patient wish to avoid invasive studies, and also the additional risk stratification that a stress test provides once the diagnosis of CAD is established. It appears that stress echocardiography is marginally preferred among cardiologists as the stress test of choice. There is enthusiasm for cardiac MRI, however, unsurprisingly given its expense and availability, its actual use is more limited. There is also enthusiasm to use cardiac CT in the moderate risk group. This reflects its strength as a simple test with an excellent negative-predictive value (NPV) that now has data to support its use in patients with low and moderate PTP of CAD.6

There remains significant discordance between the choice of investigation if availability was not restricted and current practice. Cardiologists would make more use of cardiac CT and stress echocardiography, in particular, if availability was not limited. At present nuclear stress imaging takes on a greater role than it would if choice of stress test was not restricted by availability. With the increased focus on technologically advanced imaging techniques, it is unsurprising that availability of these investigations is trailing demand for them.

Many comments from the cardiologists reflected concern regarding the overestimation of PTP of CAD by the modified Duke Clinical Score system (CAD score) recommended by NICE. This overestimation by risk scores has been demonstrated in the CONFIRM registry (Coronary CT Angiography Evaluation for Clinical Outcomes: An International Multicenter Registry), a large cardiac CT registry. 7 The cardiologists suggested that there is a need for an up-to-date PTP risk score to address the overestimation of risk. There have been attempts to address this with new risk scores based on contemporary data,8 and it is likely that the risk score system will be refined in subsequent guidelines.

This survey suggests that the NICE guidelines have been broadly accepted and there are ongoing efforts to implement them, subject to availability of tests and resources. There is acceptance that the NICE guidelines were innovative in recommending the use of a PTP before choosing the investigation and in recommending the use of cardiac CT in patients with low PTP. There is, however, both ongoing affection for the ETT, as well as a feeling that NICE should have gone further in their recommendations for cardiac CT.

A multi-disciplinary care pathway improves symptoms, QoL and medication use in refractory angina

A triumph of British cardiovascular medicine: “… and the last can be first…”