New guidance on acute heart failure has been published by the National Institute for Health and Care Excellence (NICE).

The new clinical guideline (CG187) covers the diagnosis and management of acute heart failure in adults that are not addressed by the NICE guideline on chronic heart failure (CG108).

It recommends all hospitals admitting people with suspected acute heart failure should provide a specialist heart failure team based on a cardiology ward and provides outreach services.

Full guidance is available at http://www.nice.org.uk/guidance/cg187

NICE has updated its guidelines on overweight and obesity, with new recommendations on ‘follow up’ care for people who have undergone bariatric surgery, and the role of surgery for people recently diagnosed with type 2 diabetes.

NICE now recommends that if someone is diagnosed with type 2 diabetes and their body mass index is ≥35 kg/m2, they should be offered an early, rapid assessment for weight loss surgery. Emphasis is placed on follow-up after surgery, encouraging patients to improve their diets, and make lifestyle changes to help them lose weight.

The newly updated guidelines also consider the effectiveness and safety of very-low-calorie diets, advising that they should not be used routinely but only in certain circumstances. The updated guidance is available in full at http://www.nice.org.uk/guidance/cg189

“Use of these high-sensitivity tests enables the earlier detection of changes in troponin levels,” said Professor Carole Longson, NICE Health Technology Evaluation Centre Director. “This in turn can allow doctors to rule out a diagnosis of…non-ST-segment elevation myocardial infarction (NSTEMI) within as little as four hours from the patient being seen in the emergency department (ED).”

A further high-sensitivity cardiac troponin test – the AccuTnI+3® assay (Beckman Coulter) – is recommended for further research to gain information on its use for the early rule out of NSTEMI in people presenting to an ED with a suspected acute coronary syndrome.

The use of dual-chamber pacemakers is recommended for treating symptomatic bradycardia due to sick sinus syndrome without atrioventricular block, according to updated NICE guidance.

The part review of NICE technology appraisal guidance 88 (published in February 2005) has been incorporated into the NICE pathway on heart rhythm conditions along with other related guidance and products.

The Appraisal Committee concluded that dual-chamber pacemakers had been clearly demonstrated to statistically significantly reduce the need for re-operation compared with single-chamber atrial pacemakers.

The positive ACD is based on a review of the clinical effectiveness of 2.5 mg rivaroxaban twice daily in the ATLAS ACS 2–TIMI 51 trial, which showed advantages with rivaroxaban for the secondary prevention of ACS in patients with elevated cardiac biomarkers, without prior stroke or transient ischaemic attack.

How does pneumonia compromise heart health? 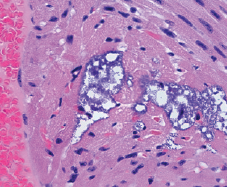 A new study has shown for the first time that Streptococcus pneumoniae bacteria can directly damage heart muscle, which could help explain the link between pneumonia and an elevated risk for adverse cardiac events.

Authors writing in PLOS Pathogens (doi: 10.1371/journal.ppat.1004383) conclude: “research is merited to determine the true frequency of cardiac microlesions in patients hospitalised with invasive pneumococcal disease, if modifications in antibiotic therapy improve long-term outcomes, and if prevention of cardiac damage is an indication for vaccination”.

Adherence to diet can be measured from blood

So far, controlled dietary intervention studies have mainly relied on participants’ often biased self-reported dietary intake, making it more difficult to assess the real health benefits, say the authors from Uppsala University, Sweden. They were able to identify the study participants with the greatest apparent compliance to a healthy Nordic diet by testing for a set of diet-related biomarkers in the blood.

Obese children already show physical and functional signs of future heart problems developing, according to a study of 61 obese children and 40 non-obese children aged nine to 16 published recently in the Journal of the American College of Cardiology (doi: 10.1016/j.jcmg.2014.08.006).

The long-term safety profile and efficacy of riociguat (Adempas®, Bayer Healthcare) in patients with inoperable chronic thromboembolic pulmonary hypertension (CTEPH) or persistent/recurrent CTEPH after surgical treatment, and in patients with pulmonary arterial hypertension (PAH), has been confirmed by data presented recently at the European Respiratory Society Congress.

Analysis of the CHEST-2 data cut-off showed that, at two years, mean exercise capacity of CTEPH patients as measured by the six-minute walking distance (6MWD) had increased by a mean of 50 m compared to CHEST-1 trial baseline. Moreover, World Health Organization functional class (WHO-FC) had improved or stabilised in 97% of CTEPH patients (39% improved and 58% stabilised).

Insulin degludec/liraglutide (IDegLira) shows an early, substantial improvement in glycaemic control and a beneficial weight profile in patients with type 2 diabetes, compared to insulin degludec, according to data from the phase 3a 52-Dual™ trials.

Presented at the 50th European Association for the Study of Diabetes (EASD) annual meeting recently, these benefits were demonstrated from as early as four weeks after treatment initiation in both insulin-naïve and insulin-treated patients. IDegLira was recently granted marketing authorisation by the European Commission.

Effect of CoQ10 on CHF morbidity and mortality

Long-term coenzyme Q10 (CoQ10) treatment of patients with chronic heart failure (CHF) is safe, improves symptoms, and reduces major adverse cardiovascular events, according to results from a two-year prospective trial published recently in the Journal of the American College of Cardiology (doi: 10.1016/j.jchf.2014.06.008).

The PCSK9 inhibitor evolocumab is highly effective at reducing low-density lipoprotein (LDL), with few side effects, in people with familial hypercholesterolaemia (FH), according to the results from two trials published recently.

The RUTHERFORD-2 trial (doi: 10.1016/S0140-6736(14)61399-4) recruited 331 patients aged 18 to 80 years old with heterozygous FH already on high-dose statins with or without ezetimibe from 39 sites worldwide. Participants were randomly assigned to receive one of two doses of evolocumab (140 mg every two weeks, or 420 mg monthly), or matching placebo for 12 weeks. Both dosage regimens of evolocumab produced rapid 60% reductions in LDL-cholesterol levels compared with placebo. Evolocumab was well tolerated with comparable rates of adverse events to placebo.

In the TESLA Part B trial (doi: 10.1016/S0140-6736(14)61374-X), 49 patients aged 12 years and older with homozygous FH from 10 countries in North America, Europe, the Middle East, and South Africa were randomly assigned to monthly injections of evolocumab 420 mg or matching placebo for 12 weeks on top of high-dose statins often in combination with ezetimibe. Compared with placebo, evolocumab reduced LDL-cholesterol by, on average, 31%, and by 41% in patients with at least one defective LDL receptor mutation. Evolocumab was well tolerated with no serious adverse events reported.

The Healthy Heart Support Group (HHSG) at Mid Staffordshire Hospitals NHS Foundation Trust has produced a patient information leaflet, co-developed by members of its cardiac rehabilitation team, and the eight-year-old daughter of a patient who suffered a myocardial infarction (MI).

“Eleanor’s booklet” has been made available as an educational tool during rehab sessions, and has been well received by patients of all ages, as well as family and friends. For further information, contact maria.glover@midstaffs.nhs.uk