In 2012, the British Association for Cardiovascular Prevention and Rehabilitation (BACPR) published guidance on the standards and core components of cardiac rehabilitation (CR). However, annual reports from the UK National Audit of Cardiac Rehabilitation (NACR) have shown that, while there are examples of excellent practice in the UK, many CR programmes do not meet the BACPR standards. It is difficult for service managers, patients and commissioners to assess how a particular CR programme meets minimum standards of service delivery. These findings led the BACPR and NACR to work together to develop a UK National Certification Programme for CR that would be mainly based on assessment of quality-assured patient-level NACR data. The development of the certification process was built on surveys and interviews with CR service providers, patients and commissioners. Minimum standards for certification were developed by an expert group. The resulting process for certification of meeting minimum standards of CR service was then successfully pilot-tested with 16 CR programmes, of which 13 programmes have since met minimum certification standards. CR programmes that submit data to the NACR can now apply for assessment under the BACPR/NACR National Certification Programme.

In 2012, the British Association for Cardiovascular Prevention and Rehabilitation (BACPR) published guidance for the service standards and core components (SCCs) for the delivery of cardiovascular rehabilitation (CR) in the UK (table 1).1,2 The SCCs were evidence based3-5 and set out seven core components (figure 1) that aimed to ensure delivery of a quality assured, high-standard CR programme.1

Publishing guidance on a set of national service standards is obviously important, however, measuring the level of adherence to guidance is even more important. This is best done through an independent audit on a national scale, which, until recently, was not really feasible. The British Heart Foundation (BHF) National Audit of Cardiac Rehabilitation (NACR) has now reached a point of quality reporting of CR programmes that is highlighting significant success, alongside significant shortfalls.

The majority of CR programmes in the UK (up to 90%) provide data to the NACR via either patient level data submitted to the online database (held within the Health and Social Care Information Centre), or via an annual survey of all CR programmes in the UK. The annual NACR reports detail the very large variability in service delivery across UK CR programmes, with many examples of suboptimal delivery, which has been the topic of much debate.6-8 For example, the National Institute for Health and Care Excellence (NICE) and BACPR recommend that CR should commence within 28 days of myocardial infarction (MI) and/or percutaneous coronary intervention (PCI),1,9 yet the UK median time for commencement of CR is 38 days, with large variability across the UK (from a swift seven days to a greatly delayed 69 days).10 Concerns have also been raised on other aspects of delivery of CR within the UK, which do not meet the standards recommended by BACPR, including omissions in undertaking pre- and post-CR assessment, and services delivering too small a ‘dose’ of CR by reducing length and frequency of programmes.10

The NACR reports highlight the gulf between the previously defined BACPR standards and actual service delivery, demonstrating that BACPR service standards are clearly aspirational for the majority of services in the UK.1,10 Additionally, it was difficult for CR commissioners, service managers, staff and patients to assess how a programme met minimum standards in order to ensure a reasonable quality of service. For example, BACPR recommends (standard 21) that CR should be delivered by a multi-disciplinary team drawn from any of 10 or more professions, but the minimum requirement to demonstrate this was not clear. These discussions led to the proposal to develop more realistic minimum criteria against which services could be benchmarked, and to use these criteria to develop and assess the feasibility of a certification scheme for CR. A certification scheme would: 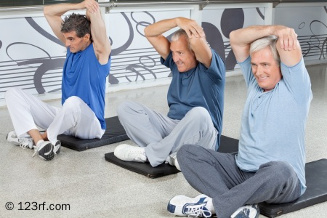 The study was undertaken in three stages. Stage 1 assessed the acceptability of a UK certification scheme. This involved:

1a. A survey of CR service staff

1b. Consultation with a national patient group

1c. Interviews with a small number of service commissioners.

Stage 1: assessment of acceptability of a certification of CR scheme

Following ethical approval via Coventry University ethics system, a survey was undertaken of BACPR members using both paper-based and online formats, covering topics such as:

Face-to-face or telephone interviews were conducted with three service commissioners, giving them a description of the aims and possible format of the scheme for their comment.

The overwhelming majority (90%) of respondents agreed/strongly agreed that a certification scheme would improve the standard of CR services across the UK, but there were some qualifying statements (e.g. “So long as relevant and not a paper exercise”). Over 65% of respondents agreed/strongly agreed that the NACR database should be the main source of data to assess adherence to minimum standards. There were concerns that programmes that did not submit audit data to NACR (e.g. currently the whole of Scotland) would not be eligible for certification. The annual NACR survey was preferred by those programmes not submitting patient level data to NACR, but there were concerns that the survey information was too basic to achieve the level of detail required for a certification scheme.

The potential certification scheme for CR was discussed via email and in meetings of CCP-UK prior to a face-to-face meeting between the project steering group and CCP-UK representatives. Queries and comments were raised by CCP-UK members, including a major concern that many programmes do not include patient and public participation in the development, design and evaluation of CR programmes beyond patient satisfaction. Points raised by CCP-UK were included in the design of certification documentation to ensure that these details were captured.

Three commissioners from different clinical commissioning groups in England were interviewed for their perspectives of a certification programme and the different options for data assessment. They raised queries regarding the honesty of the process if it relied on self-report (rather than on patient-level data taken from the NACR), and whether BACPR would be able to give an assurance regarding data quality (this is a strong aspect of using NACR as it is overseen by the Health and Social Care Information Centre). All three interviewees commented that they were interested in outcomes (such as drop-out rates) rather than the more subjective ‘patient satisfaction’. Two commissioners were supportive of the potential for the scheme to feed into the commissioning cycle, providing that the threshold for certification was clear. The third was neutral on the idea – wishing more detail regarding data quality before giving a response on this.

From these three approaches (staff, patient, commissioner) to assessing the acceptability or utility of a certification scheme, it can be seen that there was a great deal of support for the proposal.

An expert consensus group (n=14) was convened which comprised highly skilled CR clinicians and managers, academics working in the field, members of the NACR team and patient representation. The health professionals included cardiologists, nurses, exercise professionals and other allied health professionals. Three meetings were held face-to-face between October 2013 and November 2014, with email contact between meetings, to decide the minimum standards for certification, based on the BACPR SCCs.1

The expert group discussed which of the standards could be assessed using NACR data, whether it would be possible to assess programmes for certification if they did not submit patient-level data to the NACR database, and what data points would be used to signify whether a minimum standard was reached or not. The results of the discussions are given in table 3.

From these discussions it became imperative that NACR data should underpin the certification process, in order to provide quality assurance. A draft set of minimum standards was developed and agreed by the expert group, which were finalised after comment by BACPR council.

Stage 3: pilot of the certification scheme

CR teams were invited to provide comments on versions of the certification application and guidance documents. Members from 45 CR teams commented on early versions of the application documents. Additionally, the NACR team developed a programme-level report for assessment of meeting those minimum standards derived from NACR data. Guidance documents were developed to support the process, and a number of CR experts were recruited to the Certification Assessment Panel.

Once the certification scheme was developed, CR programmes that had participated in the development stage and submitted audit data to NACR were invited to become pilot sites for the whole certification process.

Participating teams who submitted data to NACR were invited to participate in a pilot of the complete process of certification, and 16 teams agreed. The majority of the teams had no difficulty in completing the application forms. The NACR data report and application form for each pilot programme was assessed by three members of the Assessment Panel who provided feedback on the submission. There were three potential outcomes of assessment: Pass (all standards met), Defer (failed on one standard but passed the remainder) or Fail (failed on more than one standard). In the case of Defer or Fail, the panel gave guidance on what was needed to achieve a pass. If it was possible to remedy the area(s) where they were failing within the following 12 months (with new NACR data, if required) they would be able to gain certification as part of that submission. If it would take longer than 12 months to amend, then they would need to undertake a new, full application for certification. Eight of the 16 programmes passed immediately, seven were deferred and one failed. Of those programmes marked as deferred, five have so far been able to improve the areas where they did not meet the minimum standards and so become BACPR/NACR certified programmes. Feedback from all of the different groups demonstrated that the certification process worked well. Certification is for three years, after which the programmes must apply for recertification.

As this paper demonstrates, the development of the BACPR/NACR UK National Certification Programme for CR (NCP_CR) has been undertaken with input from a full range of stakeholders to achieve a scheme that is fully quality assured. The NCP_CR is now available (at a small cost to cover administration fees) to all CR programmes that submit data to NACR. For more details see the BACPR website (http://www.bacpr.com/pages/page_box_contents.asp?PageID=911). To request the guidance document (which contains the most recent version of the minimum standards) please email: education@bacpr.com. Certification is for three years, after which the programmes must apply for recertification.

The authors would like to thank the many people who contributed to the development of the BACPR/NACR NCP_CR, including the cardiac rehabilitation professionals who completed the surveys, the commissioners who agreed to be interviewed and Cardiovascular Care Partnership UK who provided important feedback from a patient viewpoint. Particular thanks must go to the 16 programmes who agreed to participate in the pilot and to the experts who not only supported the development of the NCP_CR programme but who have continued to contribute to the certification programme by undertaking roles on the BACPR/NACR Certification Assessment Panels.

This project was supported by an unrestricted educational grant provided to BACPR by Janssen Healthcare Innovation, part of Janssen-Cilag UK. This sponsorship provided funding for CG-P to undertake the survey, patient group engagement and commissioner interviews.