In the same hotline session as CANTOS, the results of COMPASS (Cardiovascular Outcomes for People using Anticoagulation Strategies) also caught the attention. In a stable cardiovascular disease population (established coronary or peripheral arterial disease), over 27,000 patients were randomised to one of three groups: 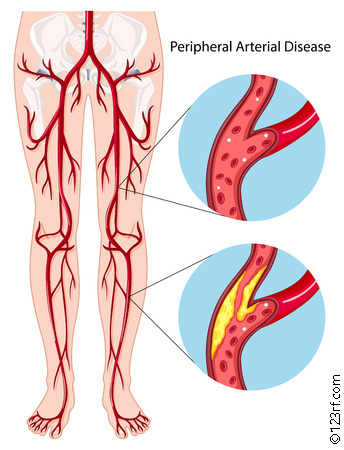 Over a mean follow-up of 23 months, there was a marked decrease in the primary composite end point of cardiovascular death, stroke, or myocardial infarction in the combination therapy group by 24% (hazard ration [HR] 0.76; 95% CI 0.66-0.86; p<0.001) over aspirin monotherapy, and improved survival by 18%. The trial terminated prematurely by the data monitoring committee due to due to overwhelming efficacy. Rivaroxaban monotherapy showed no efficacy benefit.

The anticipated trade-off was apparent with increased major bleeding in the combination therapy arm (HR 1.70, 95% CI 1.40–2.05; p<0.001), although fatal and intracranial bleeds were not significantly increased. Whether this reflects a lack of statistical power or an underlying mechanistic effect of rivaroxaban (e.g. mostly treatable gastrointestinal bleeds) is not entirely clear.

The trial results were published simultaneously in the New England Journal of Medicine (https://doi.org/10.1056/NEJMoa1709118) with an accompanying editorial (https://doi.org/10.1056/NEJMe1710241) from Professor Eugene Bruanwald, in which he describes the rivaroxaban-plus-aspirin regimen as “the clear winner” and suggests the trial “represents an important step forward in thrombocardiology, and it is likely to change practice guidelines.”

A second COMPASS study presented in the same session, – COMPASS-PAD – which investigated 7,470 patients with peripheral vascular disease in the COMPASS study, showed that the addition of low dose rivaroxaban to aspirin, compared with aspirin alone, reduced cardiovascular death, stroke or heart attack by 28%, and limb-threatening ischaemia, including amputation, by 46%. Considering both outcomes together, rivaroxaban and aspirin lowered major adverse cardiovascular or limb events by 31%.
Rivaroxaban alone versus aspirin did not reduce major adverse cardiovascular events, but did reduce major adverse limb events. However, taking cardiovascular and limb events together, rivaroxaban alone was not superior to aspirin.
The combination of rivaroxaban and aspirin increased the risk of major bleeding, but did not increase the risk of fatal or critical organ bleeding, and most major bleedings were reversible.

You can find all of our reports from the ESC 2017 here.

CANTOS: a focus on inflammation and atherosclerosis

DETO2X – oxygen therapy does not improve survival in MI