The advancement and quality improvement of treatments for cardiorenal patients was the focus of many presentations at the recent 12th Annual Scientific Meeting of the Cardiorenal Forum, held at the Royal College of Obstetricians and Gynaecologists, London, on 13th October 2017.  Attracting a multidisciplinary audience, this successful meeting facilitates a cross-fertilisation of knowledge through its interactive discussion sessions and excellent speakers. Drs Fazlullah Wardak and Rosie Kalsi report its highlights.

Do new diabetes drugs protect the heart and kidney? 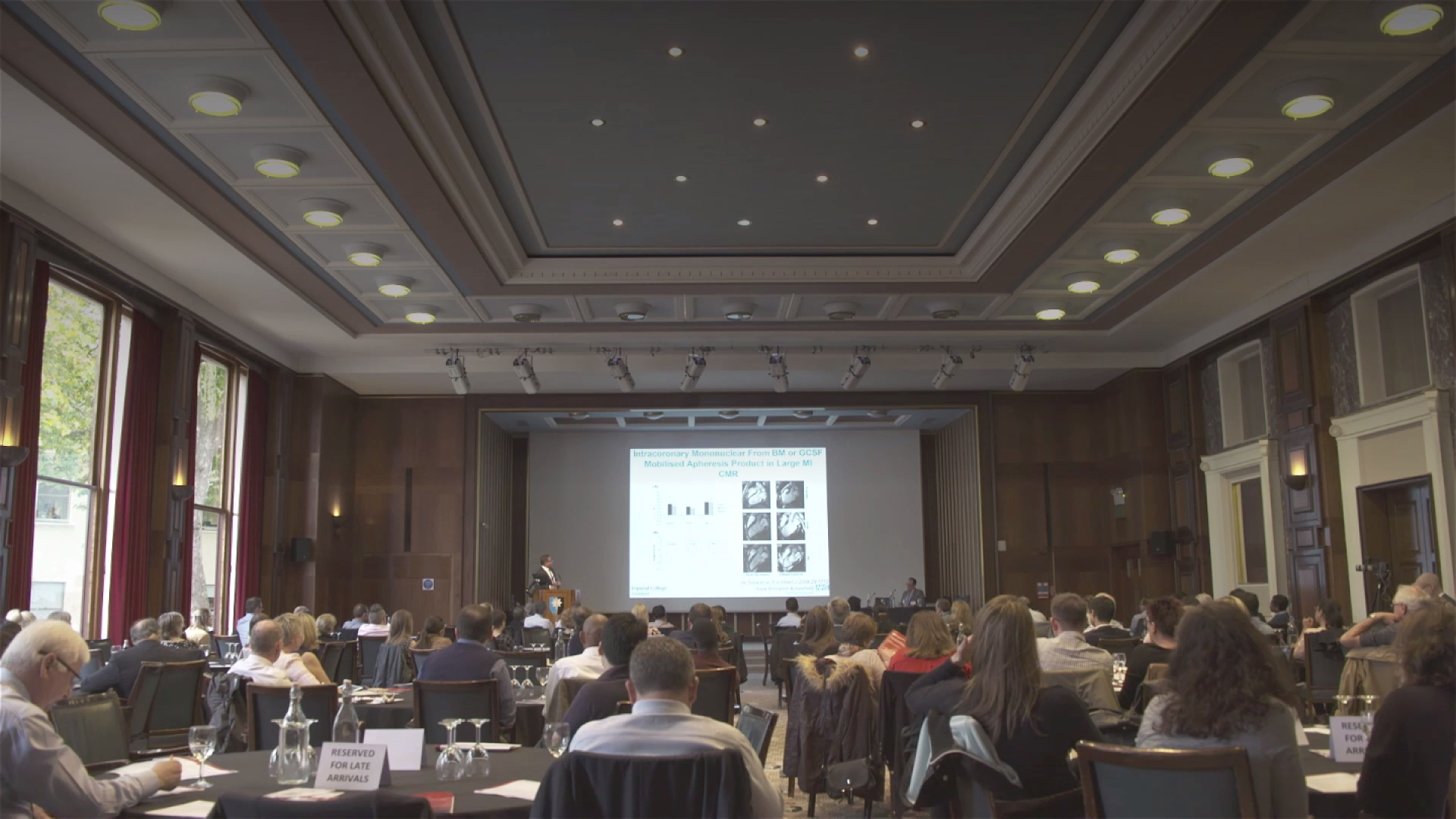 The day’s keynote session was given by Professor Johannes Mann (Friedrich Alexander University of Erlangen, Germany). Diabetes management has been transformed with the introduction of newer agents with the promise of cardiovascular and renal protection. The sodium glucose co-transporter-2 (SGLT-2) inhibitors are known to reduce the hyperfiltration, which occurs in early diabetic nephropathy. Glucagon-like peptide 1 (GLP-1) receptor agonists are incretin mimetics, which have several benefits for diabetes management. The mechanisms by which GLP-1 agonist therapy may reduce blood pressure remain unclear. Postulated theories include improvements in endothelial function leading to enhanced vasodilatory capacity and greater urinary sodium excretion.1

Since the 2013 Cochrane review, trials have looked at cardiorenal outcomes rather than Hb1Ac as a quality marker for diabetic control. With the use of GLP-1 mimetics and SGLT-2 inhibitors, there is a reduction of cardiovascular events and mortality. Additionally this reduction in mortality and events has been shown for those individuals with established microalbuminuria. Table 1 summarises these trial findings.

Current National Institute of Health and Care Excellence (NICE) guidance advocates use of metformin alongside lifestyle interventions, as first-line treatment for type 2 diabetes.3 Intensification of therapy to dual or triple therapy may include a SGLT-2 inhibitor in addition to metformin, once other agents have been considered. The use of GLP-1 mimetics is licensed for use in combination with oral antidiabetic drugs and/or basal insulin for treating type 2 diabetes in adults whose blood glucose is not adequately controlled on these treatments alone. The potential benefit of GLP-1 mimetics goes beyond glycaemic control, with associated weight loss potential. There is preclinical data suggesting prospective beta cell remodelling in those on GLP-1 mimetics along with improvements in lipid profiles, and endothelial or myocardial dysfunction.4 The translation of such improvements in cardiovascular risk markers remains to embedded into guidelines for clinical practice.

Reduction in glomerular filtration rate (GFR) is well known to be associated with increased cardiovascular disease but proof of causality is still lacking and the underlying mechanisms for this increased risk remain under investigation.5–7 One of the challenges of studying this is the potential confounding from the concomitant atherosclerotic risk factors, such as hypertension, diabetes and dysplipidaemia found in both populations with cardiovascular disease and chronic kidney disease.

Professor Charles Ferro (Queen Elizabeth Hospital, Birmingham, and Birmingham Cardiorenal Research Group) sought to study this question using an ideal cohort of patients with reduced GFR but who were free of the aforementioned coexistent risk factors – live kidney donors.8 Their work found that a reduction in isotopic GFR, as seen in the donor group 12 months post uninephrectomy, was independently associated with an increase in left ventricular mass assessed by magnetic resonance imaging. Looking at other important prognostic outcomes of cardiovascular disease, they noted a decrease in left ventricular myocardial deformation as measured by global circumferential strain and a reduction in aortic distensibility. Of note, there was no change in blood pressure between the two groups – something that has proved a confounder in previous studies.

Analysis of biochemical markers showed that compared to controls, detectable levels of highly sensitive troponin-T, microalbuminuria and raised high sensitivity C-reactive protein (CRP) were more commonly found in the donor group. There was also an increase in parathyroid hormone and uric acid levels after kidney donation, both of which have been associated with adverse cardiovascular outcomes. Further investigation is needed to see if they have a role to play in mediating this increased cardiovascular risk through effects on left ventricular geometry and arterial stiffening.

The study did have some limitations; the constraint against randomisations and also the paucity of ethnic diversity. Despite being underpowered for the risk of adverse outcomes, there are plans to perform five year follow up.

Despite these constraints, the findings demonstrate that the modest reduction in kidney function seen after kidney donation is associated with structural and functional cardiovascular abnormalities. As such, the authors believe that reduced GFR should be seen as an independent cardiovascular risk factor, although the mechanism of this may not be primarily atherosclerotic but instead mediated by myocardial hypertrophy and aortic stiffness, without a change in blood pressure. Kidney donation may confer elevated cardiovascular risk although this is still likely to be less than that of the general population. Professor Ferro was cautious to point out that the results should be looked upon as experimental data to help better understand the mechanisms of renal-cardiovascular risk, rather than outcome data for kidney donors per se.

Effects of exercise in cardiorenal disease

As GFR falls in patients with chronic kidney disease (CKD), so does their ability to walk a quarter of a mile, independent of other factors.9 This physical inactivity has been correlated to adverse clinical outcomes, such as increased mortality, and although guidelines suggest patients with CKD should exercise more, they are based more on consensus opinion rather than evidence. Whilst research has shown that exercise outside of a haemodialysis session may improve fitness and heart function, exercise during haemodialysis causes a number of potential effects on the heart. Dr James Burton (University of Leicester) discussed deleterious effects of intradialytic hypotension via repeated periods of hypoperfusion causing transient left ventricular dysfunction.10 In the presence of coronary artery disease, this leads to myocardial stunning – a mismatch between flow and function – and eventual cardiac dysfunction.11 Perhaps more worrying is not just the fact that this is associated with worse mortality and increased hospital admissions, but that it occurs in almost two-thirds of patients undergoing dialysis and is asymptomatic in a quarter of these.11

A recent small-scale, randomised, crossover trial showed that exercise during haemodialysis resulted in a rise in blood pressure followed by significant post-exercise hypotension. In this instance, intradialytic hypotension occurred in the absence of biochemical evidence of myocardial injury but the question this raises is whether this drop in blood pressure due to exercise results in myocardial ischaemia. The CYCLE-HD (Improving Cardiovascular Health in Patients with End Stage Renal Disease Using a Structured Programme of Exercise) study, which is recruiting haemodialysis patients, will hopefully go some way to help us understand this.12

The popular debate at this year’s meeting looked at the somewhat neglected condition of hyperkalaemia and whether it is more of a problem for nephrologists or cardiologists. Watch nephrologist Professor David Wheeler (University College Hospital, London) versus cardiologist Dr Colin Doig (Northumbria Healthcare NHS Foundation Trust) in friendly combat as they discuss: hyperkalaemia – who gets it, how frequent is it, what do I do, and does it matter?

With the prognosis of many patients with advanced cardiorenal disease being so poor, palliative care is an important yet often overlooked component in the management of these group of patients. Dr Catherine Wall (Tallaght Hospital Dublin, Ireland) shared her own clinical practice and experience to provide insight into the common problems faced in managing patients with advanced heart failure and end stage renal failure.

These patients attend Emergency Departments frequently, are subject to high levels of hospital admissions and suffer from poor quality of life. Pain, whether of musculoskeletal, neuropathic or nociceptive origin, represents a challenge in older patient groups with polypharmacy and altered renal drug clearance. The inadequate use of paracetamol, the inappropriate use of non-steroidal anti-inflammatory painkillers and the reluctance to use opioids for severe pain were some of the points highlighted by Dr Wall. Dyspnoea, another common symptom, can be worsened by diuretic resistance or concomitant anaemia.

With the National Heart Failure Audit in 2015–1613 showing less than 4% of hospitalised heart failure patients receiving palliative care input, despite having an inpatient mortality of 8.9%, Dr Wall reminded us of the need to move away from looking at palliative care at the very end of life, but rather using it a lot earlier in the disease progress as a means of symptom control and support for patients, families and their carers – including those that care for them in hospital.

2017 saw the 30th anniversary of CONSENSUS (Co-operative North Scandinavian Enalapril Survival Study) – the first study to show mortality benefit of angiotensin-converting enzyme inhibitors in heart failure.14 With incremental improvement in mortality reduction through the use of beta blockers and mineralocorticoid receptor antagonists, the presentation by Dr Paul Kalra (Portsmouth Hospitals NHS Trust) gave us a timely update on his work in one of the newer areas being looked at in heart failure – iron deficiency.

As past randomised, controlled trials have failed to demonstrate better outcomes through the use of erythropoietin stimulating agents in heart failure patients,15,16 the interest is now on iron deficiency as a therapeutic target. A number of studies have shown that iron deficiency is common in patients with heart failure and reduced left ventricular function, regardless of haemoglobin level, and it is associated with worse outcomes in terms of death and hospitalisations. Although several relatively small studies have shown intravenous iron therapy improves symptoms in heart failure patients in the short term, more work is needed to establish whether such therapy improves long-term outcomes, such as a mortality and hospital admissions. It is also important to establish that intravenous iron is safe and effective in the longer term (theoretical concerns regarding risk of more oxidative stress, mitochondrial damage and infections). There are currently four major outcome studies of intravenous iron in heart failure. The UK study IRONMAN (Intravenous Iron Treatment in Patients with Heart Failure and Iron Deficiency), funded by the British Heart Foundation and led by Dr Kalra, is currently recruiting across more than 60 UK sites.

Should we recommend cardiorenal patients engage with healthcare apps?

In the final presentation of the day, Dr Damian Fogarty (Belfast Health and Social Care Trust) argued that we should be encouraging our patients to engage more with mobile apps (applications). In a society where mobile phone use is now so ubiquitous, developers of mobile healthcare apps are seeing the opportunities to marry our love of technology with a desire to lead healthier lifestyles. And it isn’t just the young that are tweeting or checking their Facebook updates – the fastest uptake of social media use is in the over 75 age group, notably where cardiorenal disease is common. Some of these technologies already in use include pairing a mobile app to a handheld device that can pick up atrial fibrillation, or others that can record blood sugar measurements over a number of weeks to facilitate better adjustment of insulin dosage. As long as such technologies are appropriately regulated where needed, this field will continue to be an exciting and engaging tool for healthcare professionals, patients and the public alike.

Next year’s 13th Annual Scientific Meeting of the Cardiorenal Forum will take place on Friday 5th October 2018 at the Royal College of Obstetricians and Gynaecologists, Regent’s Park, London, NW1 4RG.