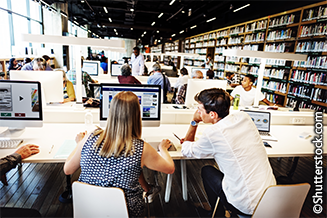 Individuals with diabetes are at increased risk of vascular outcomes, and their prognosis following an event remains worse compared with those having normal glucose metabolism.1 The relationship between glycaemia and vascular disease is complex as it is affected by multiple glucose parameters, including chronic hyperglycaemia, hypoglycaemia and, potentially, glycaemic variability.2 To add to the complexity, the type of hypoglycaemic agent used may also alter predisposition to vascular events.

Over a decade ago, one hypoglycaemic agent, rosiglitazone, was implicated in increasing the risk of vascular disease, which prompted the US Food and Drug Administration (FDA) to issue mandatory cardiovascular trials for new hypoglycaemic agents.3 While, initially, some felt this may be a ‘step too far’ for investigating potential off-target effects, it turned out to be the right decision, benefiting the diabetes community and unravelling new mechanisms for vascular protection/harm mediated by hypoglycaemic agents.

In this brief review, we discuss the evidence-base for the cardiovascular effects of hypoglycaemic agents, other than insulin, currently used in the management of patients with type 2 diabetes (T2D).

This piece is not intended to give a thorough overview of the literature, merely to highlight the most important cardiovascular trials with hypoglycaemic agents in patients with T2D. An excellent series has been run through this journal (Fisher et al.), which analyses in greater depth the major trial findings in each class.

Metformin is often used as the first-line agent in the treatment of T2D.4 The traditional view is that metformin reduces the risk of cardiovascular disease, primarily based on data from the landmark UK Prospective Diabetes Study (UKPDS). However, a closer look at the results reveals that this conclusion was based on a small subpopulation of 342 overweight patients compared with groups using insulin and older generation sulfonylurea agents.5 Also, UKPDS was conducted before the era of the widespread use of aggressive antihypertensive and lipid-lowering treatment, further questioning the vascular protective effects of metformin with modern treatment strategies.

A recent meta-analysis highlighted the scarcity of evidence with regards to the role of metformin in vascular protection, identifying only 13 studies (mainly observational studies) that met inclusion criteria, with four of these comparing metformin with placebo.6 There was no statistical difference in cardiovascular (CV) outcomes in those taking metformin, suggesting a neutral effect for this agent on vascular risk.

The reality is that an appropriate randomised-controlled cardiovascular trial has never been conducted with metformin, and such a trial is unlikely to take place in the future. On balance, current evidence suggests that metformin is either CV neutral or offers protection in some diabetes subgroups that are yet to be fully characterised. Therefore, metformin use should continue and offering this agent as first-line hypoglycaemic therapy is a sensible approach.

Sulfonylureas (SUs) are frequently employed as second-line therapy given their low cost, rapid correction of hyperglycaemia and prescriber familiarity with this class. Over the past few decades, the CV safety of SUs has been repeatedly questioned, particularly in view of the risk of hypoglycaemia, a potentially fatal side effect of this therapy.

The meta-analysis that implicated rosiglitazone in increasing vascular events had less than 30,000 individuals, some of whom did not even have diabetes. Data from this study resulted in a complete shift in our assessment of new hypoglycaemic agents and caused the withdrawal of rosiglitazone from European markets.3 In contrast, a much larger meta-analysis by Phung et al.7 totalling 33 trials and more than 1.3 million participants, suggested an increase in CV death and hospital admissions with SU use. Despite these worrying findings, the direct impact of this work on SU use has been minimal, if any. This suggests a disparity in the reaction of the scientific community to data involving old, well-established agents and newer hypoglycaemic therapies. The reasons for this bias are multi-factorial including the lower cost, the robust glucose reduction seen with SUs and the knowledge that a modern randomised-controlled trial (RCT) is unlikely to be conducted with older agents and, simply, the trust in agents that have been on the market for decades.

These oral agents have become an attractive class of medication for prescribers given the favourable side-effect profile and low risk of hypoglycaemia, although their glucose-lowering effects are more modest than most other agents.

A number of placebo-controlled, large RCTs have taken place in recent years with all showing a neutral effect for DPP-4 inhibitors on CV risk (SAVOR, TECOS and EXAMINE, investigating saxagliptin, sitagliptin and alogliptin, respectively).8-10 SAVOR and TECOS had a largely similar design and recruited 16,492 and 14,671 patients, respectively. EXAMINE, however, was a much smaller study involving 5,380 patients but targeted higher-risk individuals (those with a recent cardiac event). Saxagliptin showed a possible increased risk of hospitalisation for heart failure, which was not replicated by sitagliptin, although a numerical increase with alogliptin was evident. A study comparing linagliptin with a SU (CAROLINA) is currently under way and expected to report soon.11 This is an important trial and may reveal whether superior glucose reduction with one, outweighs less hypoglycaemia with the other.

On balance, these agents are probably CV neutral and, therefore, still have a role in the management of patients with diabetes.

This class had a great initial promise, given these agents target disease pathophysiology. Moreover, the PROACTIVE (PROspective pioglitAzone Clinical Trial In macroVascular Events) trial with pioglitazone was the first properly conducted RCT to demonstrate vascular protection by a hypoglycaemic agent,12 although, strictly speaking, the primary end point was not achieved (only the secondary end point showed a benefit for pioglitazone). However, the issues surrounding a suspicion of increased CV risk with rosiglitazone (now disproven), together with weight gain and increased risk of heart failure with these agents, generally dampened the enthusiasm towards this class. Rosiglitazone has been withdrawn from Europe, whereas the use of pioglitazone has been limited, particularly with the emergence of newer agents having a better side-effect profile.

The multi-centre EMPA-REG (Empagliflozin Cardiovascular Outcome Event Trial in Type 2 Diabetes Mellitus Patients – Removing Excess Glucose) study, involving 7,020 patients with established CV disease and a diagnosis of T2D, showed that empagliflozin reduces the composite end of point of CV death, non-fatal myocardial infarction (MI) and stroke when compared with placebo (hazard ratio [HR] 0.86, 95% confidence interval [CI] 0.74 to 0.99, p=0.04).13 When analysed separately, however, there was a non-significant increase in stroke occurrence, which remains unexplained and likely related to lack of power, given the small number of events. Empagliflozin also showed impressive reduction in hospital admission for heart failure and demonstrated a reassuring decrease in all-cause mortality (relative risk reduction 32%). The mechanisms for the beneficial effects of empagliflozin are not entirely clear and likely to be multi-factorial, including improved blood pressure control, reduction in weight/waist circumference and an increase in high-density lipoprotein (HDL), although more recent interest on favourable intravascular volume effects has come to light.14

Canagliflozin, in the CANVAS (Canagliflozin Cardiovascular Assessment Study) programme, involving 10,142 patients, showed similar effects, reducing the composite end point of CV death, non-fatal MI or stroke at a rate similar to that of empaglifozin in EMPA-REG (HR 0.86, 95%CI 0.75 to 0.97, p≤0.02).15 However, there were a number of differences worth mentioning. First, strictly speaking, CANVAS was not a single study but two joint studies, with one having undergone an interim analysis; in other words, some may argue that the study is not as ‘clean’ as EMPA-REG. Second, the population studied was somewhat ‘healthier’ than EMPA-REG, but this should be regarded as a positive, highlighting that SGLT-2 inhibitor effects operate over a wide range of patients. Third, unlike empagliflozin, those treated with canagliflozin showed a numerical reduction in stroke, arguing the data are more consistent. However, there was an unexpected finding that overshadowed the positive results of the trial, related to increased amputation rate in canagliflozin-treated patients. However, this was not a consistent finding as the higher-risk group of patients with peripheral vascular disease failed to demonstrate a significant increase in amputation rates with canagliflozin treatment. Therefore, the authors feel that further studies are required to confirm this adverse effect of canagliflozin and clarify the mechanistic pathways involved. Given the concerns of the scientific community, and as a safety precaution, canagliflozin now comes with a warning in relation to the potential increase in amputation rate.

The CV effects of the third SGLT-2 inhibiting agent, dapagliflozin, are currently undergoing analysis in the DECLARE (Dapagliflozin Effect on CardiovascuLAR Events) study that is expected to report later this year, which would further add to our knowledge on CV protection by these agents.

Taken together, this class of drugs reduces CV risk, appears to prevent the development of heart failure, and seems to have favourable effects on kidney function. The mechanisms for the beneficial effects of this class, as well as the possible increase of amputation rates with canagliflozin, will require further investigations.

The first cardiovascular non-inferiority trial with this class was ELIXA (Evaluation of Lixisenatide in Acute Coronary Syndrome), which investigated lixisenatide in 6,068 diabetes patients followed-up for approximately two years. The primary end point (PEP) was a composite of CV death, myocardial infarction, stroke, or hospitalisation for unstable angina. Lixisenatide showed no increase in PEP with a HR of 1.02 (95%CI 0.89 to 1.17).16 In contrast, liraglutide in the LEADER (Liraglutide Effect and Action in Diabetes: Evaluation of Cardiovascular Outcome Results) trial and semaglutide in the SUSTAIN-6 (Trial to Evaluate Cardiovascular and Other Long-term Outcomes with Semaglutide in Subjects with Type 2 Diabetes) trial both showed evidence for vascular benefit.

SUSTAIN-6 included 3,297 high vascular risk patients who were randomly assigned to receive either 0.5 mg or 1.0 mg semaglutide or placebo and followed-up for two years.18 There was a 26% significant reduction in PEP of CV death, non-fatal MI or stroke (HR 0.74, 95%CI 0.58 to 0.95), associated with a decrease in nephropathy, but an unexpected significant increase in retinopathy complications requiring intervention was observed (HR 1.76, 95%CI 1.11 to 2.78).

Keeping with a similar trend, once-weekly exenatide also showed non-inferiority in the EXSCEL (Exenatide Study of Cardiovascular Event Lowering) study involving 14,752 patients followed-up for 3.2 years, but superiority was missed by the smallest of margins (HR 0.91, 95%CI 0.83 to 1.00, p=0.06).19

Overall, these results indicate that GLP-1 agonists are either neutral or show CV protection. The question mark over a possible increase in retinopathy with these agents, or specific drugs within this class, warrants further trials and exploration of mechanistic pathways.

One of the most promising classes is the SGLT-2 inhibitors. Robust evidence has shown reduction in mortality and hospitalisation for heart failure with these agents, with currently greater benefit to safety ratio for empagliflozin. The mechanisms are incompletely understood and future studies are needed to explore mechanistic pathways, which would further help to optimise therapy in high-risk patients. Close collaboration between scientists, clinical cardiologists and diabetologists will help to characterise higher-risk diabetes patients and offer the best possible hypoglycaemic therapy to reduce the risk of vascular events, which remain the main cause of morbidity and mortality in this population.

Other articles in this supplement include: