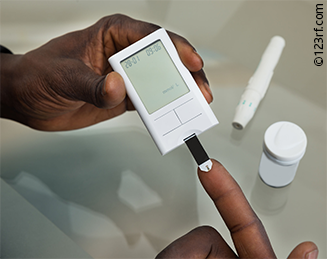 The risk of developing type 2 diabetes is amplified among the South Asian population in the UK, with estimates suggesting a two- to fourfold increase in risk. Why is this? Hanif and Susarala review putative reasons why South Asian people represent at least 15% of the population of people with diabetes in this country, and who also carry higher microvascular complication rates than their European counterparts.

Although the reasons for excess coronary heart disease (CHD) mortality risk in South Asians are not entirely clear, studies have found higher levels of conventional risk factors present at a younger age, which may be an explanation for occurrence of myocardial infarction at an earlier age. Similarly, the concept of the ‘metabolically obese’ phenotype among normal-weight South Asian individuals, which may explain the increased predisposition for diabetes, is also discussed. Simply put, South Asians carry more fat and less lean tissue than their weight-matched European counterparts and this means they more quickly gain ectopic fat with weight gain. Despite these statistics, the number of South Asian patients in randomised-controlled treatment trials has been very low; thus, it is difficult, currently, to postulate the advantages of any one antidiabetes drug over another.

Pearson and Ajjan review the use of both older and newer diabetes drugs. They suggest that there is little evidence for vascular protection with older, well-established hypoglycaemic agents (with the possible exception of metformin), and in the case of sulfonylureas, there is a suggestion for harm, albeit from meta-analysis of smaller trials. In contrast, newer hypoglycaemic agents have undergone rigorous cardiovascular studies that have provided an unprecedented wealth of trial data, and they argue that prioritising hypoglycaemic agents such as sodium-glucose co-transporter (SGLT)-2 inhibitors and glucagon-like peptide (GLP)-1 receptor agonists, with vascular or heart failure protective properties in those at higher CVD risks should be the way forward. Further trials will help improve our knowledge of these areas and give even better guidance on risks and benefits, and cost-effectiveness.

Finally, Strain, takes a broader-brush view on approaches to optimising cardiovascular risk in diabetes. This includes approaches to improving diet, blood pressure control and lipid modification, as well as use of other secondary prevention interventions such as antiplatelet agents, while exploring newer pathways with novel agents such as PCSK9 (proprotein convertase subtilisin/kexin type 9) inhibitors.

In summary, diabetes and the likelihood of premature cardiovascular events is a continuing challenge in the UK. While the epidemiology of the problem improves, given the rising number of people with diabetes and with CVD, and so the greater co-existence of the two conditions, the emergence of newer therapies to lessen risks is a welcome addition to the diabetes armoury. Finally, greater work in prevention of diabetes via lifestyle changes needs to continue and improve with better interventions at both public health and individual levels.

Articles in the supplement include: