The National Institute for Health and Clinical Excellence (NICE) has issued a draft guidance on the new anti-arrhythmic drug, dronedarone, saying it does not recommend its use to treat atrial fibrillation (AF), because “it is less effective and costs considerably more than existing treatments”. It is estimated that dronedarone costs around £2.25 per day compared with about £0.05 for amiodarone. 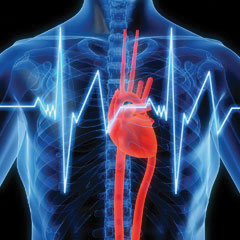 But UK cardiologists and arrhythmia patient/professional groups, led by the Atrial Fibrillation Association and Heart Rhythm UK, have been petitioning to have this draft recommendation overturned. A second NICE meeting on dronedarone was held at the end of February to consider all the comments that have been received, and a final guidance is expected in the next few weeks.

As part of the campaign to allow dronedarone to be available for NHS prescription, more than 100 doctors have signed an open letter to NICE setting out reasons why the drug is needed. A Parliamentary Stakeholder Investigation on the issue has been held and a Parliament Early Day Motion has also been drawn up and signed by several MPs.

The motion sets forth that “dronedarone is a first-in-class antiarrhythmic drug and the only antiarrhythmic medication known to improve long-term cardiac health in AF patients” and that “many people with AF who currently struggle to manage the condition would benefit from access to this treatment, and its use would yield considerable cost savings in the longer term through reduced hospital admissions and reduced incidence of stroke”.