News from the world of cardiology.

Highlights of the American Heart Association 2010 meeting held in November 2010, in Chicago, USA, included a breakthrough for the treatment of resistant hypertension, and another oral anticoagulant that could be used instead of warfarin in atrial fibrillation patients, without the need for monitoring.

Adding cardiac-resynchronisation therapy (CRT) to implantable cardioverter defibrillator (ICD) and medication, led to a reduction in deaths and heart failure hospitalistions among patients with mild-to-moderate symptoms of heart failure in the RAFT (Resynchronisation-Defibrillation for Ambulatory Heart Failure) trial.

Previous studies have shown that resynchronisation therapy combined with ICD treatment can reduce symptoms and hospitalisations among patients with severe heart failure, but the effect on patients with milder symptoms and on death rates were not clear.

In the RAFT trial, 1,798 patients with mild-to-moderate heart failure were randomised to either an ICD or an ICD equipped to provide CRT. Results (table 1) showed impressive reductions in mortality and heart failure hospitalisations.

Although complications were minimal among all participants, the wires connecting the device to the heart were more likely to become dislodged among ICD/CRT patients than among those with ICD alone (6.9 versus 2.2 % and a statistically significant difference).

The aldosterone antagonist, eplerenone, was associated with a 37% reduced risk in death/hospitalisation in patients with mild heart failure in EMPHASIS-HF (The Epleronone in Mild Patients Hospitalisation and Survival Study in Heart Failure).

In the trial, 2,737 patients with mild heart failure were randomised to receive eplerenone (25–50 mg) or placebo, as well as standard heart failure therapy. Among patients taking eplerenone, 249 deaths or hospitalisations occurred, compared to 356 in the placebo group – a statistically significant difference. Results are summarised in table 1.

Experts warned, however, that aldosterone antagonists should not be given to patients with renal dysfunction and others likely to develop hyperkalaemia, which is the main side-effect of these agents, and can be fatal. Dr Zannad said that as long as potassium levels are monitored closely and the drugs are not given to patients at risk of hyperkalaemia, they are safe.

The new factor Xa inhibitor, rivaroxaban, was at least comparable to warfarin in preventing stroke and non-CNS embolic events in atrial fibrillation (AF) patients, without increasing bleeding, in the large-scale ROCKET AF trial.

In the trial, 14,264 patients with AF unrelated to heart valve disease were randomised to either rivaroxaban or dose-adjusted warfarin. The primary aim of the study was to show non-inferiority of rivaroxaban to warfarin and this was achieved. However, superiority over warfarin was not clearly established, with the intention-to-treat and on-treatment analyses showing different results in this regard. While the intention to treat analysis did not show significance for superiority of rivaroxaban, the on-treatment analysis did (table 1).

“The main implication is that we have an alternative to warfarin,” said Dr Robert Califf (Duke University, Durham, USA), co-principal investigator of the study. “Equally important, there was no increase in bleeding, so we have a drug you can take once a day, without monitoring, that is at least as good as warfarin and carries no additional risk.”

Rivaroxaban is one of several new drugs now in clinical trials that seek to replace warfarin (see pages 15–16). If approved, it will compete with dabigatran, which has shown superiority over warfarin in preventing stroke/peripheral embolic events in the RE-LY trial in AF patients. However, rivaroxaban has the advantage of a once-daily dosing over dabigatran’s twice-daily regimen.

A procedure to deactivate nerves around the renal arteries substantially reduces blood pressure in patients whose hypertension is not adequately reduced by multiple medications, according to the Symplicity HTN-2 study.

The trial is the first randomised study of renal denervation which involves inserting a catheter-based probe into the renal artery emitting high-frequency energy to deactivate nerves near both kidneys that are linked to high blood pressure.

There were no serious device or procedure-related events, no cardiovascular complications and no kidney-related complications.

“The procedure safely and successfully silences the nerves for six months, and perhaps permanently,” said principal investigator, Dr Murray Esler (Baker IDI Heart and Diabetes Institute, Melbourne, Australia). Noting that resistant hypertension is common, occurring in perhaps 15-20% of patients, he added that the procedure is likely to have “very wide application”.

“If the cardiovascular effects are borne out by future research, it would be a very promising approach to reducing cardiovascular events in patients with or prone to atherosclerosis,” he added. The full efficacy and safety of anacetrapib will be evaluated in a larger phase III trial.

Including screening for high-sensitivity C-reactive protein (CRP) does not improve conventional heart disease risk assessment in patients with traditional risk factors, according to a new analysis of ASCOT (Anglo-Scandinavian Cardiac Outcomes Trial).

The new analysis involved 4,853 patients in the UK and Ireland who were part of the lipid-lowering arm of the previous ASCOT trial, which evaluated atorvastatin versus placebo in patients with hypertension and other cardiovascular risk factors but normal or only modestly elevated low-density lipoprotein levels.

Presenting the results, Dr Peter Sever (Imperial College London) said: “Our key findings are that if you measure CRP at baseline in a population of middle-aged and elderly people with high blood pressure, and with a few additional risk factors for cardiovascular disease, it does independently predict cardiovascular events over the course of our trial. But when you add CRP values to a conventional risk model used by doctors, such as the Framingham Risk Score, CRP really has a very small additive effect.”

Dr Sever said the lack of added value of CRP measurement in the patients “was surprising” in light of the JUPITER trial, which found that statin therapy reduced first cardiovascular events in people who primarily had normal cholesterol levels and no other risk factors except elevated CRP.

“The message coming out of the JUPITER study was that we should be screening people for CRP irrespective of their other risk factors,” he added. “That’s very expensive and almost certainly not a cost-effective intervention, particularly given these findings that measurement of CRP doesn’t add anything in a much more widely representative population.”

But JUPITER principal investigator Dr Paul Ridker (Brigham and Women’s Hospital, Boston, USA) countered that the JUPITER trial showed CRP to be a valuable marker of those who will benefit from statin treatment who otherwise would never be treated. He noted that patients in JUPITER did not qualify for statin therapy before the trial as they had a low-density lipoprotein level below current standards, and Framingham scores averaging 10 or below. “What they had in common was an elevated CRP, and they clearly benefited from statin therapy,” he said.

Another new analysis suggested that coronary artery calcium (CAC) may be a better signal than CRP of patients with normal cholesterol levels who may benefit from statins.

This analysis examined the association between high hs-CRP levels (>2 mg/dL), coronary calcium, and cardiovascular events in the MESA trial, which was aimed at identifying asymptomatic persons at highest risk of clinical events. The reseachers, led by Dr Michael Blaha (Johns Hopkins Medical Institute, Baltimore, USA) selected out 2,083 patients from the MESA trial who met the criteria for JUPITER, with raised levels of CRP and a mean 10-year risk Framingham risk score of 10%.

They found the patients most likely to have a coronary event were those with a high CAC score (>100). In a second analysis, comparing CRP to CAC for risk prediction, it was found that CRP did not predict events after adjustment for other risk factors whereas CAC had a strong relationship with clinical events, regardless of CRP status.

GRAVITAS: double dose clopidogrel no use for stent patients with high platelet reactivity on normal dose 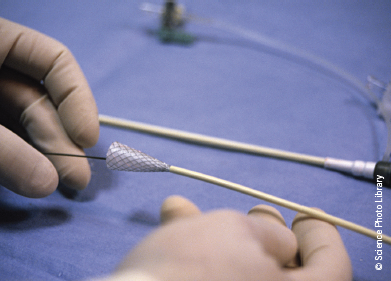 Patients who had received a stent and still had high platelet reactivity after the regular 75 mg daily dose of clopidogrel did not receive any additional benefit from doubling the dose to 150 mg in the GRAVITAS trial.

Clopidogrel, the main antiplatelet agent used after stenting, is associated with a reduced risk of cardiovascular events, but some patients still have high residual platelet reactivity on clopidogrel, meaning their blood is still prone to clotting, and they are at higher risk of major cardiovascular events after stenting, Dr Matthew Price (Scripps Health, La Jolla, California, USA) explained.

The GRAVITAS trial randomised 2,214 such patients to receive either clopidogrel 150 mg daily or 75 mg daily. The composite end point (cardiovascular death/myocardial infarction/stent thrombosis) at six months was identical in both groups at 2.3%. Bleeding was also similar in the two groups.