The importance of heart rate reduction in chronic stable heart failure (HF) has been highlighted in the recently published Systolic Heart Failure Treatment with If Inhibitor Ivabradine Trial (SHIFT). Patients with an elevated resting heart rate (HR) benefited from additional HR control despite optimal doses of beta blockers. The aim of this study was to define the prescribing patterns of beta blockers and the scope for additional HR control in a ‘real life’ HF population.

We conducted a retrospective analysis of two HF clinics, where patients were referred for protocol-guided, up-titration of HF medications. At each assessment we documented: HR, blood pressure, and HF medications including potential side effects. The primary objective was to identify the proportion of patients who had suboptimal HR control (HR ≥70 bpm) despite optimal conventional HF therapy.

In conclusion, suboptimal HR control is evident in approximately one in three HF patients in sinus rhythm despite aggressive optimisation of beta blocker therapy. This cohort may benefit from additional HR control. 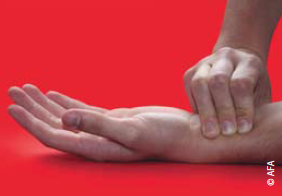 Beta-adrenoceptor blocking drugs (beta blockers) are an established prognostic therapy for chronic heart failure (HF).1-4 Of the many proposed mechanisms mediating these favourable effects, that of heart rate (HR) control is gaining interest.

HR control, therefore, appears to be both a modifiable risk factor and a disease modifying variable in patients with impaired left ventricular (LV) function and HF. Current strategies to control the sinus rate in HF patients include beta blockers, however, up-titration of these drugs can be difficult with patients reporting side effects and/or hypotension.

We, therefore, conducted a retrospective analysis of our HF database to define the prescribing patterns of beta blockers and to identify the proportion of HF patients who may be suitable for additional HR control after optimisation of conventional medical therapy.

Between April 2007 and September 2010, data were collected from 172 patients referred to two nurse facilitated, specialist HF clinics. Patients were referred to these services for initiation and/or optimisation of medical therapy from secondary care physicians and cardiologists after establishing a diagnosis of HF.

The data collected at each visit included: New York Heart Association (NHYA) class; cardiac medications; resting HR: radial pulse rate over one minute; blood pressure (BP); weight and electrocardiogram (ECG; if HR <50 bpm). Optimisation visits were scheduled bimonthly with slow up-titration of medical therapy based on National Institute for Health and Clinical Excellence (NICE) guidelines,6 with careful monitoring of side effects, HR, BP and biochemistry. We aimed to establish all patients on both angiotensin-converting enzyme (ACE) inhibitors and beta blockers.

Optimisation of medications was frequently assessed at a multi-disciplinary team (MDT) meeting. Titration continued until either the patient was taking the maximum recommended dose of a medication or reported side effects. The titration end points were a systolic BP <100 mmHg with symptomatic hypotension, resting HR <50 bpm or side effects including exacerbations of airways disease, psoriasis or intractable lethargy. Side effects attributed to the beta blocker were addressed by either reducing the dose of beta blocker or discontinuing other antihypertensive medications.7 Up-titration was terminated only after MDT agreement that a patient was prescribed the optimal dose of HF medication

Continuous variables were expressed as mean ± standard deviation (SD) and paired data were analysed by a two-tailed Student’s t-test, p<0.05 was considered significant.

HR control remains suboptimal (HR ≥70 bpm) in 41.9% of patients after optimisation of conventional medical therapy despite 84.3% of patients receiving beta blockers and half of this cohort taking at least 50% of the maximum recommended dose. The side effect profile and hypotensive effects of beta blockers limit their up-titration and scope to effectively control HR. However, we were able to establish 27/47 (57.4%) of patients on beta blockers who had previously discontinued this therapy.

The primary site of inhibition of the Iƒ ionic current is the sinus node. Therefore, the 18 subjects in atrial fibrillation with ejection fraction ≤35% and HR ≥70 bpm would not benefit from an Iƒ inhibitor despite suboptimal HR control. This reflects the high burden of atrial fibrillation (41.3%) in our HF population.

This study highlights the prescribing habits and haemodynamic profiles of patients attending an established HF clinic. The limitations of this study include the retrospective data acquisition and the sample size. However, the data do reflect ‘real life’ practice as compared with data from randomised-controlled trials.

The majority of patients with chronic stable HF are able to tolerate beta blockers, but HR control is suboptimal in under half of cases. Close scrutiny of patients in established HF clinics will identify patients that may attain further clinical outcome benefits from newer HF agents, even in the face of aggressive uptitration of current drug regimens.