Vitamin K antagonists (VKAs) reduce the risk of stroke in patients with atrial fibrillation (AF). For more than five decades, they were the only available treatment. Novel oral anticoagulants (NOACs) have recently been approved for the prevention of non-valvular AF-related stroke. Dose-adjusted VKA therapy and NOACs are highly effective in AF patients. However, dabigatran, rivaroxaban and apixaban are more convenient, while at least equally effective and with a comparable safety profile (regarding bleeding complications) for stroke prevention compared with VKAs.1-3 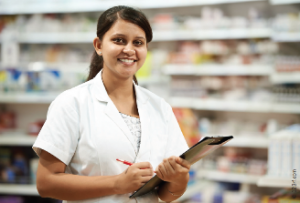 Recent guidelines prefer treatment with NOACs over VKAs for most patients with non-valvular AF (NVAF) at thromboembolic risk, based on their net clinical benefit. Where an oral anticoagulant (OAC) is recommended for a patient with AF, but VKAs cannot be used, due to side effects or difficulties in keeping within therapeutic anticoagulation (INR 2–3), a NOAC should be chosen.4 Whether a clear benefit also exists with NOACs in AF patients who previously did well with warfarin is still debated. Availability of NOACs and improved stroke and bleeding risk assessment should increase the number of AF patients who receive adequate thromboprophylaxis.

French perspective of the introduction of the NOACs

The European Committee for Medicinal Products for Human Use adopted a positive opinion for dabigatran and rivaroxaban in 2011. There was an additional consequent delay before marketing authorisation of these NOACs was granted in France. Reimbursement status was granted by the transparency commission of the National Authority for Health after a complete re-evaluation of therapeutic benefit. Several issues were discussed in depth: concern with regard to short experience, lack of monitoring and uncertainty with regard to dosing/adherence, the lack of antidote as yet, contraindications (e.g. valvular AF, low creatinine clearance), and expense to the healthcare system.

Dabigatran and rivaroxaban, the first of the NOACs, were registered on the French refundable list with a 65% national reimbursement rate. Finally, the Economic Committee on Health Care Products established the price after discussion with the companies. The process neither led to a strong limitation of the drug labelling nor excluded certain patients from reimbursement. No spectacular new information appeared in the process, but several months were needed before clinicians were ‘legally able’ to prescribe dabigatran and rivaroxaban in France, in July and September 2012, respectively.

Before prescribing a NOAC, a risk/benefit analysis has to be made on the basis of approved indications and on the preference of the patient after discussion of the options.

All of the aforementioned NOACs are effective, have an acceptable tolerability profile and offer convenience.1-3 The conclusion of indirect meta-analyses about their relative efficacy and safety should be interpreted with caution but may impact clinicians. Ideally, clinical efficacy and safety should be compared head-to-head. Until then, physicians are relying on pharmacological properties and outcome data. The choice between NOACs is difficult and based on a variety of factors, some of which are evidence based, while many are not.

For patients with moderate renal impairment, one may consider the agents least dependent on renal function. In patients with acute coronary syndrome, rivaroxaban also has a positive effect there.5 Dabigatran 150 mg b.i.d. markedly reduced ischaemic stroke and may be proposed after ischaemic stroke on VKA.2 In case of dyspepsia, an agent with no reported gastrointestinal effects should be considered. Patient preference may lead to a once-daily formulation with rivaroxaban.

NOACs are non-inferior to or better than warfarin in terms of reducing stroke, intracranial haemorrhage and mortality.1-3 They may be recommended for the majority of patients with NVAF, based on their net clinical benefit over VKAs. Discontinuation of therapy is apparently lower in patients who initiate NOAC treatment than in patients who begin warfarin treatment.6 This possibly makes the treatment with the NOACs a cost-effective alternative to warfarin. Choice among NOACs may be influenced by drug characteristics and outcome trial results.

Finally, clinical development of the NOACs is not yet complete and important studies with rivaroxaban (e.g. X-VERT, X-TRA, PIONEER-AF, VENTURE-AF and XANTUS) will increase the breadth of experience in various cardiovascular conditions.