Identification of those at low risk of developing heart failure (HF) after acute coronary syndrome (ACS) would aid clinical management, but it is unclear whether N-terminal pro-brain natriuretic peptide (NT-proBNP) adds to the predictive accuracy of troponin. There were 229 subjects recruited into a prospective cohort study. Subjects were assessed for acute heart failure (AHF) prior to discharge and for readmission within 30 days of their ACS event (cohorts A+B). Cohort A (n=116) were further assessed for readmission within 12 months. Troponin I (TnI) and NT-proBNP levels were measured at ACS onset and at 6–12 hours. Readmissions were identified using electronic records. In total, 23.6% of subjects developed AHF during the index admission: 10.0% were readmitted within 30 days of admission; 17.2% within three months; 26.7% within six months and 36.2% within 12 months. At presentation, NT-proBNP, but not TnI, was significantly elevated among subjects who developed AHF compared with non-AHF subjects. Compared with non-readmitted subjects, readmission within 30 days was associated with significantly lower baseline NT-proBNP, and readmission after 30 days with higher baseline NT-proBNP. For all periods, TnI level was lower among readmitted compared with non-readmitted subjects. In conclusion, NT-proBNP has a potential role for rule out of those at low risk of AHF development and readmission. 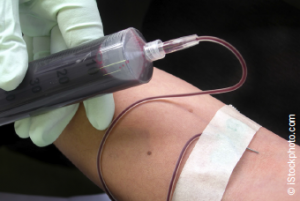 For patients with acute coronary syndrome (ACS) who survive to reach hospital, the majority of mortality and morbidity over the following five years occurs after discharge.1 Of all complications, development of acute heart failure (AHF) and left ventricular systolic dysfunction (LVSD) are key determinants of adverse outcome. Approximately half of patients with ACS are readmitted to hospital, constituting a profound burden on healthcare resources.1 In several healthcare systems there are financial penalties when ACS patients are readmitted within 30 days.2 Prediction of the development of AHF and hospital readmission following ACS would aid clinical management, but widely used biomarkers have limited accuracy. Troponin is the only biomarker routinely measured in ACS management despite evidence that more reliable predictors of ACS complications exist.3-6

Brain natriuretic peptide (BNP) and N-terminal proBNP (NT-proBNP) have been proposed as alternatives to troponin for predicting heart failure (HF) in ACS patients.7-10 They are produced by cleavage of their common precursor, proBNP, after its release from cardiac ventricles.11 Measurement of NT-proBNP within the first few days after ACS provides valuable prognostic information, independent of left ventricular ejection fraction. De Lemos et al.9 demonstrated that baseline BNP level was higher among subjects who experienced new or worsening HF within 30 days or 10 months of their ACS event compared with subjects who did not. Of note, few studies have evaluated the predictive value of baseline NT-proBNP level in early HF, specifically that developing during index admission.

To determine whether biomarkers (troponin I [TnI] and NT-proBNP) are useful in identifying risk of developing AHF and hospital readmission following ACS.

NT-proBNP is superior to TnI for predicting development of AHF and hospital readmission after ACS.

The study population comprised
229 subjects. Patients presenting to the Royal Infirmary of Edinburgh with possible ACS were consented and prospectively recruited in two phases during November to December 2011 (cohort A, n=116), and February to March 2013 (cohort B, n=113). The use of two cohorts is a product of the compilation of two student-led projects, and takes advantage of examining the outcomes in two independent, temporally separated patient cohorts.

Patients who received a non-ACS diagnosis at discharge were excluded. Patients with a pre-existing diagnosis of HF were excluded so that any clinical evidence of AHF could be attributed to the concurrent ACS.

Subjects were assessed for evidence of new-onset AHF using clinical examination findings, chest radiography (CXR) and echocardiography. Significant signs of AHF for each modality are bulleted in table 1, which was developed from ESC AHF diagnosis guidelines.14 Presence of at least one significant sign in at least two assessment modalities constituted a diagnosis; symptoms were not sufficient.

Medical records of the 25 subjects in cohort A who did not develop AHF during index admission despite an admission NT-proBNP level of >2 × 97.5th percentile were accessed at 22 months to determine subsequent AHF development.

In current practice, venous blood samples are taken on admission for immediate analysis of TnI in patients presenting with possible ACS using the ARCHITECT® STAT chemiluminescent microparticle immunoassay. For non-STEMI patients a further sample is collected at 6–12 hours to reassess TnI level. Aliquots were collected from these samples and assayed for NT-proBNP levels using the Elecsys proBNP II assay. Levels were considered against evidence-based age- and sex-specific reference ranges.

Investigators and treatment-providing clinicians were blinded to NT-proBNP results at the time of assessment.

The study population comprised 229 subjects. Baseline characteristics of cohorts A and B did not differ significantly, except that cohort A had a higher prevalence of IHD (data not shown).

Development of AHF during index admission for ACS

This study’s criteria for a diagnosis of AHF during index admission were met by 23.6% of subjects (n=54). Cohort A, where 20.7% (n=24) developed AHF, was considered in greater detail. The baseline characteristics of Cohort A are summarised in table 2.

Subjects with HF were significantly older than non-HF subjects, less likely to be male and more likely to have pre-existing renal insufficiency.

By contrast, the PPVs for both markers were low (table 3). Twenty-five non-AHF subjects had an admission NT-proBNP concentration exceeding twice the upper reference range limit (figure 3). The clinical outcome of these 25 patients at 22 months is represented in figure 4.

Readmission to hospital within 12 months

The data from both cohorts for 30-day readmission rates are considered together. Altogether 10.0% (n=23) of subjects were readmitted within 30 days of the index ACS event. Among cohort A, 17.2% (n=20) were readmitted within three months, 26.7% (n=31) within six months and 36.2% (n=42) within 12 months of ACS. The majority of these were emergency readmissions, predominantly to medical firms (general medicine or cardiology). Complaints included recurrent chest pain or shortness of breath. These are detailed further in appendix 1.

Readmission of patients who developed AHF during the index admission

AHF was observed in increasing frequency for patients readmitted in each subsequent time period, but this trend did not reach statistical significance.

The role of biomarkers for predicting AHF during index admission

Elevated TnI at the index ACS event does not predict subsequent development of AHF. This justifies evaluation of alternative biomarkers for predicting AHF. NT-proBNP levels, both on admission and at 6–12 hours after symptoms onset, were significantly higher in patients who developed AHF during the index admission compared with those who did not. This is in keeping with findings by De Lemos et al. who demonstrated higher baseline BNP level among subjects with new or worsening HF within 30 days of ACS.9

Both NT-proBNP and TnI had a high NPV for development of AHF during the index admission. Our data support a role for either of the serum markers in identifying those patients at low risk of developing AHF.

NT-proBNP concentrations were lower for patients readmitted within 30 days than for those who were not. For every other period the inverse was true. Given that LVSD is reflected by elevated NT-proBNP, only late readmissions may be reasonably attributed to LVSD and HF. Indeed, the higher prevalence of underlying IHD among the late readmission group would reasonably increase these patients’ susceptibility to LVSD following ACS. By contrast, early readmissions were more likely to have suffered UA (as opposed to STEMI), hence, extensive infarction and the LVSD associated with it is less likely in this group.15,16 The underlying cause for early readmissions is probably multi-factorial and has been described by Keith et al.15 For our cohort, potential reasons include initial burden of infarction, patient factors and complications of ACS treatment. Higher incidence of readmission following complications of ACS treatment has been reported previously.16

For all periods, TnI levels were significantly lower among readmissions. The PPV and NPV of TnI for readmission were low for all periods. The NPV of NT-proBNP for readmission was reduced by the addition of TnI. This is an interesting new finding given the focus of recent research into high-sensitivity troponin assays.

The NPV of NT-proBNP for readmission within 30 days exceeded 90% and may play a role in excluding readmission for lower-risk patients. However, a positive assay does not correlate with an increased risk. The value of NT-proBNP for a risk-stratification tool in NSTEMI has been advocated by Eggers et al.,17 who found it independently predictive of clinical outcome up to six months, and superior to TnI and C-reactive protein. Indeed, the ESC has labeled NT-proBNP the most useful ‘rule-out test’ for HF.18

Our finding that a greater NT-proBNP value among readmissions beyond 30 days did not reach statistical significance may reflect our small sample size. A larger multi-centre study with a longer follow-up period presents a next step.

Our study highlights the unreliability of using single markers (even troponin) to predict outcomes for ACS patients. This has been documented in the international GRACE (Global Registry of Acute Coronary Events) study.19 Our results support using NT-proBNP as part of overall risk assessment; the NPV of NT-proBNP for adverse outcome is high and superior to TnI. However, given the poor PPV of NT-proBNP for predicting AHF and readmission, research into alternative markers of adverse outcome for this patient population is indicated.

20. Lang RM, Bierig M, Devreux RB et al. Recommendations for chamber quantification: a report from the American Society of Echocardiography’s Guidelines and Standards Committee and the Chamber Quantification Writing Group, developed in conjunction with the European Association of Echocardiography, a branch of the European Society of Cardiology. J Am Soc Echocardiogr 2005;18:1440–63. http://dx.doi.org/10.1016/j.echo.2005.10.005