While the primary aims of cardiac surgical procedures are to improve survival and ameliorate symptoms, chronic post-surgical pain (CPSP) is a prevalent problem requiring focused attention. Recent years have seen a global emphasis on the development and implementation of self-management (SM) interventions to combat the negative consequences of multiple chronic conditions, including chronic pain. This short report makes recommendations for optimising SM following cardiac surgery to improve pain and related functional outcomes and reduce the risk and impact of CPSP. 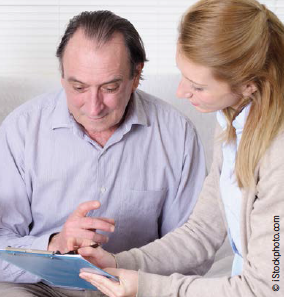 With the growing burden of cardiovascular disease, the number of people undergoing cardiac surgery, globally, is expected to continue to rise.1 In 2010, 31,613 cardiac surgeries were performed in England and Wales,2 and prevalence data are similar in other Commonwealth countries, including Canada.2,3 While the primary aims of cardiac surgical procedures (including coronary artery bypass grafting [CABG] and valve replacement) are to improve survival, ameliorate symptoms (such as angina) and improve health-related quality of life (HRQL), mounting evidence suggests that the development of chronic post-surgical pain (CPSP) and related poor functional recovery following these procedures are major clinical problems for substantial numbers of patients.

Cardiac surgeries involve many pain-sensitive structures as they require a median sternotomy, retraction of the ribs, and invasion of muscles and visceral tissues.4 Such procedures may result in CPSP pain that can last for variable periods of time, the origin of which may be inflammatory in nature, or neuropathic, due to nerve injury.

The recent Canadian CARDpain (Chronic Postoperative Pain After Coronary Artery Bypass Graft Surgery) study (n=1,010)5 and WREST-E (Women’s Recovery from Sternotomy-Extension) study (n=222)6 have reported similar CPSP prevalence rates of approximately 40% at three months and 17% at 12 months following cardiac surgery. One-year prevalence rates of CPSP as high as 39% and 45% have also been reported in prospective studies of patients following CABG in Turkey7 and the Netherlands.8

CPSP is associated with the development of anxiety and depressive disorders,9 sleep disturbances and fatigue,10 as well as poor self-rated health across multiple domains of HRQL.11,12 Data from the CARDpain study demonstrated significant bodily pain and pain-related interference scores (family and home responsibilities, recreation, employment) for up to one year following surgery for over 50% of patients enrolled.5 The available evidence is clear: not only is CPSP common among cardiac surgery patients, but it also impairs HRQL, considerably.

While a few hospitals in the UK offer a range of specialised pain services (e.g. expertise in anaesthesia and pain medication, cognitive behaviour therapy, counselling, hypnotherapy) to manage this problem, such comprehensive clinical follow-up is not commonplace. Both within the UK and internationally, where district hospitals and outpatient services are not integrated with the infrastructure of specialist tertiary centres (where cardiac surgeries take place), resources to manage CPSP on an outpatient basis can be more limited.

Recent years have seen a global emphasis on the development and implementation of selfmanagement (SM) interventions to combat the negative consequences of multiple chronic conditions, including chronic pain. The goal of SM support is to prevent or slow symptom-related disability and restore functioning and life roles to optimal levels.12 In angina populations, SM programmes have demonstrated improvements in physical and psychological functioning, as well as HRQL.13–15

Compared with a decade ago, we know a lot more about facilitators and barriers to maximising key SM outcomes including pain, disability, and emotional well being. Capitalising on these knowledge gains could pave the way forward in terms of reducing the impact of CPSP following cardiac surgery. Perhaps the most crucial factor (central to recent healthcare reforms in the UK) is promoting more active engagement of health professionals (HPs) in the SM process. A recent systematic review of chronic pain SM programmes, in particular, found that patients identify consistently the need for ongoing, tailored advice, as well as encouragement from HPs in order to realise their SM goals.16 Surgical nurses and cardiac liaison nurses are ideally placed to be trained to facilitate health system-linked SM programmes aimed at preventing CPSP, grounded in their knowledge of the surgical procedures, as well as factors known to play a role in the transition from acute to chronic pain (if not wellmanaged) including acute post-operative pain management, rehabilitation, and emotional well-being.17

Facilitating SM linkages between the home and tertiary care setting is becoming more economically feasible as electronic media become more commonplace in the home. There are services already in place that deliver cardiac rehabilitation via web-link (e.g. https://www.activateyourheart.org.uk/) and which have demonstrated that patients welcome such readily accessible support.18 With representation across the UK and Canada, our team is now endeavouring to design a replicable, health system-linked model that integrates post-operative SM in the home with tertiary care services. Our aim is to achieve the optimal SM design for, not only improving pain and related functional outcomes following cardiac surgery, but also for reducing the risk and impact of CPSP.

Is six weeks too long for the first outpatient review after cardiac surgery? FORCAST6