Venous thromboembolism (VTE) is a common cardiovascular disorder associated with considerable morbidity and mortality. The standard treatment for VTE comprises parenteral heparin overlapping with, and followed by, a vitamin K antagonist, which, although effective, has several limitations. Currently, many patients commence treatment for VTE in hospital and are discharged after 5–10 days to ongoing care in the community. With the introduction of non-vitamin K oral anticoagulants (NOACs), there is now the possibility for the complete management of patients with uncomplicated VTE to be undertaken by primary care, reducing the burden on hospitals and improving the patient experience. The NOAC rivaroxaban, a direct factor Xa inhibitor, has been widely approved for the treatment of VTE. This article offers guidance to general practitioners on the practical use of rivaroxaban for the treatment of patients with VTE, along with a discussion of its potential benefits compared with standard therapy. 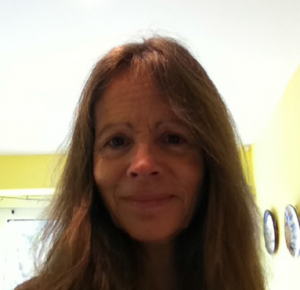 Venous thromboembolism (VTE), comprising deep vein thrombosis (DVT) and pulmonary embolism (PE), causes considerable morbidity and mortality.1 VTE is associated with 370,000 deaths per year in the European Union (EU), an estimated 12% of annual deaths.1 The average incidence of VTE in Europe is approximately 160–180 per 100,000 person-years.1

Three large phase III trials with rivaroxaban, a direct factor Xa inhibitor approved for the treatment and prevention of VTE, have provided a strong safety and efficacy evidence base (table 1). The EINSTEIN-DVT study compared rivaroxaban (15 mg twice daily for 21 days, followed by 20 mg once daily) with the low molecular weight heparin (LMWH) enoxaparin in combination with, and followed by, a vitamin K antagonist (VKA) for up to 12 months for the treatment of DVT in patients without PE.2 The EINSTEIN-PE study compared rivaroxaban with enoxaparin/VKA for the treatment of PE in patients with or without DVT.3 EINSTEIN-EXT involved patients from EINSTEIN-DVT and EINSTEIN-PE who had already received 6–12 months of anticoagulation and were randomised to receive rivaroxaban (20 mg once daily) or placebo for a further six or 12 months.4 The primary efficacy end point for all three studies was symptomatic recurrent VTE (composite of DVT and non-fatal or fatal PE).2,3 In EINSTEIN-DVT and EINSTEIN-PE, rivaroxaban was non-inferior to enoxaparin/VKA, with a similar incidence of clinically relevant non-major bleeding.2,3 EINSTEIN-PE showed that rivaroxaban conferred a significant 51% relative-risk reduction in major bleeding (table 1), including reductions in intracranial haemorrhage and retroperitoneal bleeding.3 In EINSTEIN-EXT, rivaroxaban demonstrated superior efficacy compared with placebo, with no significant difference in the incidence of major bleeding.4

The NOACs, dabigatran and apixaban, are also approved for VTE treatment, based on the data from phase III studies, and a phase III trial of edoxaban, approved in Japan and the US, has demonstrated positive outcomes.5 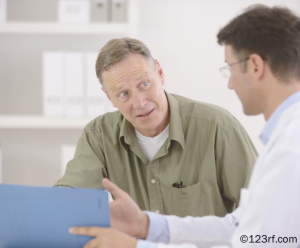 The standard dual-drug regimen of LMWH/VKA has a number of disadvantages compared with the direct OACs. For LMWH, the need for nurse administration, or patient education in self-administration, increases the cost of this regimen. Owing to a narrow therapeutic window and numerous drug and food interactions, VKAs require routine monitoring of the international normalised ratio (INR) and regular dose adjustment;6 conversely, the predictable pharmacokinetic and pharmacodynamic properties of NOACs, such as rivaroxaban, allow for a fixed-dosing regimen with no need for routine coagulation monitoring.6

Rivaroxaban has a rapid onset of action similar to LMWH, and can be used for VTE treatment from the outset, allowing for effective anticoagulation within four hours of suspected diagnosis in primary care, or alternatively, swiftly following initial treatment with LMWH, without the need for bridging.6 Patients in the EINSTEIN-PE study receiving rivaroxaban showed significantly higher treatment satisfaction scores (established using the Anti-Clot Treatment Scale, a 15-item patient-reported instrument assessing satisfaction with anticoagulant treatment).7 Adherence to therapy was also higher in the majority of patients, which should result in improved patient outcomes.7

In the EINSTEIN studies, patients who were hospitalised for the treatment of VTE had shorter lengths of stay when treated with rivaroxaban, providing significant savings, irrespective of the length of treatment.8 For example, in EINSTEIN-DVT the median length of stay was significantly lower in the rivaroxaban group compared with the enoxaparin/VKA group (5.0 days and 8.0 days, respectively; p<0.0001).8

Current guidelines emphasise the desirability of community-based treatment for VTE after initial diagnosis. The simplicity of the rivaroxaban regimen makes it an attractive treatment choice for community pathways, allowing early discharge and early transfer of care to primary care settings. The lack of a need for routine coagulation monitoring has particular advantages in rural areas, increasing the number of patients who can be treated effectively by primary care teams.9

Despite the advantages that rivaroxaban therapy provides in treating patients with VTE, there are several factors that general practitioners must consider. The rivaroxaban dosing regimen is an initial 21-day, 15 mg twice-daily dose, followed by a 20 mg once-daily dose for the duration of treatment, and the importance of taking these doses with food must be emphasised.10

Although rivaroxaban may favour good patient adherence, a shorter half-life means that it is very important doses are not missed. If a dose is missed during the initial 21-day, 15 mg twice-daily treatment period, patients should take rivaroxaban immediately, and two 15 mg tablets may be taken together. Regular dosing should continue the next day. If a dose is missed during the 20 mg once-daily treatment phase, patients should be advised to take rivaroxaban immediately, and continue treatment as prescribed on subsequent days.10

Major bleeding is rare, with an incidence of 1% of rivaroxaban-treated patients in the pooled analyses of EINSTEIN-DVT and EINSTEIN-PE compared with 1.7% in the LMWH/VKA group;4 however, urgent reversal of the anticoagulant effect of rivaroxaban may be required in occasional circumstances in hospital settings. In primary care, the National Institute for Health and Care Excellence (NICE) recommends that rivaroxaban should not be stopped for minor surgical procedures or minor dental treatments.11

Patients taking rivaroxaban should be seen by their physician for regular check-ups to provide reassurance, assess treatment compliance and re-emphasise the importance of adherence to ensure optimal clinical outcomes.

Patients involved in clinical trials may not reflect the unselected patients seen in daily clinical practice, many of whom are frail or elderly. Patients with co-existent cognitive impairment may have a reduced ability to master complicated dosage regimens, increasing the risks of subtherapeutic treatment or overdose. The simple once-daily dosing regimen of rivaroxaban has the potential to improve adherence and outcomes for these patients. Elderly patients, not only have the highest incidence of thrombotic complications, but also the highest risk of bleeding.12 In the pooled analysis of EINSTEIN-DVT and EINSTEIN-PE, there was a significantly lower incidence of major bleeding in frail patients (1.3%) compared with LMWH/VKA (4.5%; p<0.001).4

The single-drug approach with rivaroxaban has the potential to introduce cost-effective, simplified pathways for the management of VTE in primary care from the point of diagnosis. Some clinical commissioning groups within England are now authorising a NOAC single-drug pathway for use in primary care to achieve significant cost savings. A simple regimen with no need for routine coagulation monitoring and few food or drug interactions is attractive to both patients and physicians. Improved patient satisfaction and adherence to treatment and reduced healthcare costs could also be achieved. With appropriate general practitioner and patient education, NOACs, such as rivaroxaban, have the potential to become the new standard of care.

The author would like to acknowledge Emma Marlow, who provided medical writing services with funding from Bayer HealthCare Pharmaceuticals and Janssen Scientific Affairs, LLC.

RH has been in receipt of funding from Bayer for lecturing and consultancy work.