Life-expectancy is now approaching 90 years, and it won’t stop there. Healthy life-expectancy is also extending, so that the average 60 year old can expect a further 11 years of healthy life. Currently, 35% of the UK population is over 50 years, and growing – and on the whole they are healthier, more skilled, better educated and more dynamic than ever before.

The fact that people are living healthier for longer is good news, right? Well, you’d think it would be. But, the concept of retirement has not evolved to match the needs and demands of the modern retiree. And, more importantly, pension values in real terms are a small fraction of what they once were. More and more of us are still working at an age when previous generations were out to grass and on the golf course. 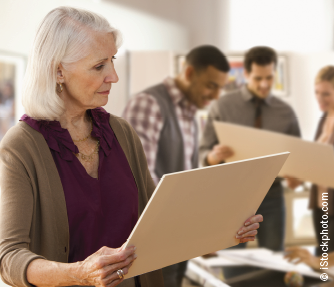 The term ‘retirement’ doesn’t really fit in a modern society, largely because most early ‘retirees’ continue to work in some form or another. They may not continue to work full-time, nine-to-five, but flexible, occasional, part-time work, even if only for a few hours a week, is still work. And volunteering, caring and grandchild-minding is also work, even if it is unpaid.

Economic pressures have meant that the Government cannot afford to pay (even lower) pensions until much later – the state pension age has been shifted to 68 years, with further legislation put in place to move this even further to 70 or beyond – so more and more people will find it necessary to work or start new businesses well into their 60s, and probably into their 70s too.

To facilitate the trend in working longer, the Government published a ‘Fuller Working Lives’ policy document in 2014 to champion the skills and experience of an older workforce. It has also commissioned a research project called ‘The Mid-Life Career Review’ to provide older workers with counselling and support services to best match their skills with new career opportunities.

With all the aforementioned, one would be forgiven for thinking that older people would be playing a more active and more central role in modern society – in the workplace, in the economy and in the community. And this could very well be the case, but for the dominant ageist stereotypes, misperceptions and attitudes of wider society – perpetuated by the media, advertising and entertainment industries, even employers – that over-50s are past their prime and over the hill.

There is increasing evidence of the drift between the experience, capabilities and productivity of the modern retiree and the misperception of their value by community leaders and employers. This is concerning, particularly in a time of economic growth and rising skills shortages.

A new debate is needed. A new breed of social activism and leadership is needed to champion the value of multi-generational integration. New thinking is required, driven by a creativity and innovation that is unlikely to be found in local government or academic institutions.

The Age of No Retirement

‘The Age of No Retirement’ (TAONR) was established in 2014 in London by myself and Georgina Lee to lead such a movement – a movement for age-positive social change and Britain’s first ever national debate to discover the value in a society in which people are living and working longer.

TAONR uses the principles of collaborative design to bring people and organisations together to rethink and rework the role of older people in British society – with a hope, optimism and drive rarely seen in the ‘Age’ space.

TAONR is a collaborative movement including employers, policy makers, innovators, designers, academics and citizens in creating a society without age barriers; where skills, capabilities, knowledge and wisdom are valued whatever your age – young or old.

Since October last year, more than 800 people from 300 organisations (including Barclays, Aviva, GSK, BT, Google, Microsoft, Capita, Government, public sector and third sector organisations) have been brought together to identify some of the main challenges of an ageing society – and work together to solve them.

Through a series of live debates in London and Manchester, TAONR has identified six themes that need to be addressed as a matter of priority:

But TAONR is not just coming up with new ideas – it is far from being yet another talk-shop. Through the creation of 24 co-design labs, each with 15 participants from across the societal spectrum and facilitated by a designer, TAONR has created 22 prototypes for age-positive action. Each prototype is a radical new idea that can be easily (and cheaply) implemented in a local community, and has the promise of significant social and economic impact.

And the impact is not limited to societal (re)design and economic productivity. The implications of a more integrated multi-generational society for the health of the nation are significant too. A more engaged citizenry drives greater social contact between neighbours; which drives more social activity; which drives richer more dynamic social networks – which leads to more informal community-based caring; less social isolation; and ultimately to better mental and physical health.

Together, the 22 prototypes represent the most powerful recipe for age-positive social action that the UK has seen for a long time, if ever. TAONR is now in the process of building local collaborative delivery teams to bring these prototypes to life. TAONR network will then help to amplify and share the inspiring stories that will emerge through this learn-by-doing approach.

The 22 prototypes can be downloaded from www.ageofnoretirement.org.

JC is co-founder of ‘The Age of No Retirement’ – www.ageofnoretirement.org. He is also founder of the Trading Times – www.tradingtimes.org.uk

The age of no retirement?

Anaemia in chronic heart failure – how common is it and what does it mean?