The latest report from the National Heart Failure Audit (April 2015– March 2016) (link below) has found that the mortality rate for people admitted to hospital with heart failure has dropped from 9.6% the previous year to 8.9%. The reduction in the mortality rate means that in the region of 500 lives have been saved in the past year compared to 2014–15.

An assessment of patients admitted to hospital with heart failure at NHS Trusts also shows that more people are being provided with crucial medicines for heart disease as well as greater access to treatment by heart specialists.

The National Heart Failure Audit is based on an analysis of 66,695 admissions to English and Welsh hospitals where the patient’s main diagnosis is for heart failure.  This is the largest audit ever, using data from 82% of all heart failure admissions in England and 77% of those in Wales. The audit of NHS heart failure performance shows that:

The number of people being treated for heart failure with reduced ventricular ejection fraction (HFREF) being seen by a specialist and receiving all three key prescriptions for this condition, has increased from 45% to 47%.

Sir Bruce Keogh, National Medical Director at NHS England, said: “We recognise that there is scope for even more improvement but the progress highlighted today will be a spur for us to do even more to improve care and survival rates.”

Professor Andrew Clark, co-chair of the Alliance for Heart Failure, said that while the latest data are cause for cautious celebration, “our analysis of services and patient outcomes at a regional level tells us that there is still a great deal to be done to ensure that people receive a consistent service wherever they are in the country. For example, patient mortality and rates of implantation of cardiac resynchronization therapy devices vary significantly from region to region”.

He did, however, applaud the huge efforts made by the staff who enter the data into the National Heart Failure audit, who often go unthanked. “Their hard work makes a huge contribution to driving up standards of care throughout the NHS.”

The National Heart Failure Audit is available at: https://www.ucl.ac.uk/nicor/audits/heartfailure/documents/annualreports/annual-report-2015-6-v8.pdf

BCS: it’s time for us to ‘wake up’ to personalised medicine

Described by British Cardiovascular Society (BCS) Past President, Dr Iain Simpson (Wessex Regional Health Centre, Southampton) as “one of the most influential doctors of his generation”, Cardiologist and Healthcare Researcher, Dr Harlan Krumholz (Yale University, Connecticut, USA) delivered the Paul Wood Lecture at the recent BCS meeting in Manchester on how personalised medicine and computational cardiology might enhance cardiovascular care and health in the next era.

His research is focused on determining optimal clinical strategies and identifying opportunities for improvement in the prevention, treatment and outcome of cardiovascular disease with emphasis on under-represented populations. He believes that the current medical research enterprise “cannot keep pace with the information needs of patients, clinicians, administrators and policy makers”. This, he says, is making medicine “more than ever an information science”, which will increasingly become “a digital information science”.

Telling delegates “it’s time for medicine to wake up”, he pointed out how the profession is already years behind companies, such as Amazon, in terms of data analysis and application, and in exploiting the potential for outcomes research. When handling ‘big data’ and how we present information to each other, if medicine “wants to get with it”, he says we need to engage with the digital revolution to deliver such information. The potential for communication and learning is boundless: over two thirds of the over 70s have smartphones, for example. There is also now an app which tracks cancer patients symptoms and which has been reported to boost chances of longer survival. In contrast, we should be able to discriminate when information is frivolous or clinically important. Much of this agenda should be patient driven, in partnerships involving “communities not cohorts”.

“There is no average patient,” Dr Krumholz notes, criticising some of the guidelines we use (such as the CHADS2 VASC scoring system) for taking no account for heterogeneity. He predicts that, in future, we will look back at the binary way we tick boxes and assign values, as laughable.

Continuing to use methods of clinical epidemiology and health services research, Dr Krumholz is seeking to illuminate the balance of risks, benefits and costs of specific clinical approaches. His research efforts are intended to provide critical information to improve the quality of health care, monitor changes over time, and guide decisions about the allocation of scarce resources. While acknowledging the challenges, Dr Krumholz insists that, “we have to retain an optimism” for such enterprise.

We carry extensive coverage from the BCS 2017 meeting here.

A new Medical Imaging Equipment Age Profile report provides worrying reading. The report from the Association of Healthcare Technology Providers for Imaging, Radiotherapy and Care (AXREM) highlights the continuing increase in the age of the installed base of medical imaging equipment across the UK. 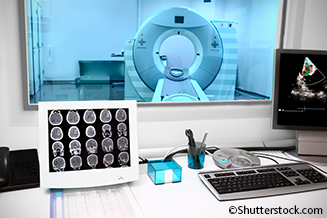 In recent years, advances in computed tomography (CT) technology have allowed radiation doses to be lowered, thus reducing patient risk. Despite this, the age profile of scanners as detailed in the AXREM report suggests that many patients are being scanned on equipment that fails to benefit from the latest dose-saving measures.

The European Society of Radiology advises that: “Properly maintained equipment between six and 10 years old is suitable for practice but radiology departments should develop a strategy to replace them. Machines over 10 years old must be replaced”. The issue of ‘technological obsolescence’ can often go unnoticed, however.

Some 110 scanners in the UK are now in excess of 10 years old. There is also evidence showing that 54% of UK magnetic resonance imaging systems are five years old and 20% are over 10 years old.

The benefits to patients and clinicians of renewing the medical imaging technology base are clear and irrefutable, the report suggests. The full article is available using the link http://www.axrem.org.uk/resource/axrem-aged-asset-article/

Marijuana associated with three-fold risk of death from hypertension

Marijuana use is associated with a three-fold risk of death from hypertension, according to research published in the European Journal of Preventive Cardiology (doi: 10.1177/2047487317723212).

“Steps are being taken towards legalisation and decriminalisation of marijuana in the United States, and rates of recreational marijuana use may increase substantially as a result,” said lead author Barbara A Yankey, a PhD student in the School of Public Health, Georgia State University, Atlanta, US. “However, there is little research on the impact of marijuana use on cardiovascular and cerebrovascular mortality.”

In the absence of longitudinal data on marijuana use, the researchers designed a retrospective follow-up study of NHANES (National Health and Nutrition Examination Survey) participants aged 20 years and above. In 2005–2006, participants were asked if they had ever used marijuana. Those who answered “yes” were considered marijuana users. Participants reported the age when they first tried marijuana and this was subtracted from their current age to calculate the duration of use.

She said: “Our results suggest a possible risk of hypertension mortality from marijuana use. This is not surprising since marijuana is known to have a number of effects on the cardiovascular system. Marijuana stimulates the sympathetic nervous system, leading to increases in heart rate, blood pressure and oxygen demand. Emergency rooms have reported cases of angina and heart attacks after marijuana use.”