Until recently, warfarin was the drug of choice for patients with atrial fibrillation. Data from the ROCKET-AF (Rivaroxaban Once Daily Oral Direct Factor Xa Inhibition Compared with Vitamin K Antagonism for Prevention of Stroke and Embolism Trial in Atrial Fibrillation),1 ARISTOTLE (Apixaban for Reduction in Stroke and Other Thromboembolic Events in Atrial Fibrillation),2 RE-LY (Randomized Evaluation of Long-Term Anticoagulation Therapy)3 and ENGAGE AF-TIMI 48 (Effective Anticoagulation with Factor Xa Next Generation in Atrial Fibrillation-Thrombolysis in Myocardial Infarction 48)4 trials demonstrated non-inferior or superior reduction in stroke/systemic embolism with rivaroxaban, apixaban, dabigatran and edoxaban, respectively, compared with vitamin K anatgonsist (VKA) therapy. Due to this evidence, clinical guideline committees now recommend administration of VKAs, rivaroxaban, apixaban, dabigatran or edoxaban for prophylaxis against ischaemic stroke in patients with non-valvular atrial fibrillation (NVAF).5-10 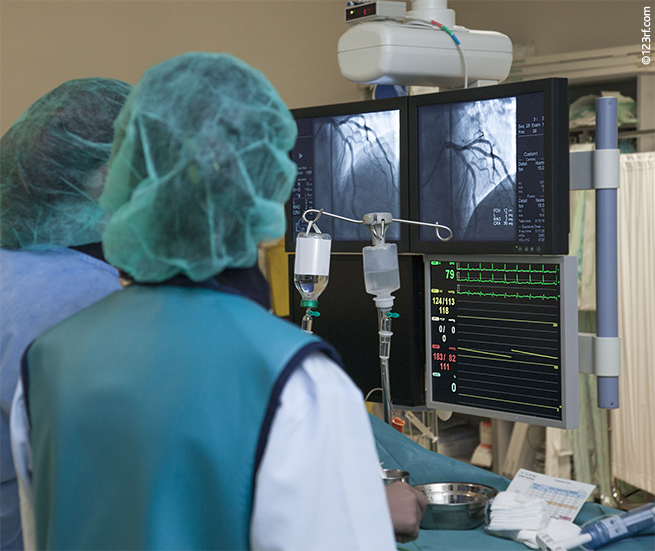 Non-vitamin K antagonist oral anticoagulants’ (NOACs’) role in atrial fibrillation additionally includes peri-procedural anticoagulation in electrophysiological procedures. The X-VeRT (Explore the Efficacy and Safety of Once-daily Oral Rivaroxaban for the Prevention of Cardiovascular Events in Subjects With Nonvalvular Atrial Fibrillation Scheduled for Cardioversion)11 and ENSURE-AF (Edoxaban Versus Enoxaparin–Warfarin in Patients Undergoing Cardioversion of Atrial Fibrillation)12 trials demonstrated the efficacy and safety profile of rivaroxaban and edoxaban in patients undergoing direct current cardioversion. More recently, the results of the EMANATE (Eliquis Evaluated in Acute Cardioversion Compared to Usual Treatments for Anticoagulation in Subjects with nonvalvular AF) trial support the use of apixaban in patients with AF undergoing cardioversion.13

In patients undergoing catheter ablation of atrial fibrillation, the first completed study with a NOAC, VENTURE-AF (Uninterrupted Rivaroxaban vs Uninterrupted Vitamin K Antagonists for Catheter Ablation in Non-valvular Atrial Fibrillation), showed the use of uninterrupted oral rivaroxaban was feasible and event rates were similar to those for uninterrupted VKA therapy.14 Recent evidence from the RE-CIRCUIT (Randomised Evaluation of Dabigatran Etexilate Compared to Warfarin in Pulmonary Vein Ablation: Assessment of an Uninterrupted Periprocedural Anticoagulation Strategy)15 trial demonstrated significant reduction in major bleeding with the peri-procedural administration of dabigatran compared with standard VKA.

Patients with atrial fibrillation who undergo percutaneous coronary intervention (PCI) are particularly difficult to manage. Clinical practice guidelines recommend that patients undergoing stent replacement receive dual antiplatelet therapy (DAPT), which includes aspirin and a P2Y12 inhibitor.16,17 The recommended duration of DAPT differs according to the type of stent that is used. For example, patients with stable ischaemic heart disease that receive a bare metal stent are recommended to receive DAPT for at least one month and those that receive a drug-eluting stent are recommended to receive DAPT for at least six months.18 Triple combination therapy, which includes an oral anticoagulant and DAPT, is recommended in patients with both acute coronary syndrome (ACS) and atrial fibrillation.6,7,10 It has been estimated that 2–21% of patients with ACS also have atrial fibrillation.7,19 This combination regimen is associated with a three- to four-fold increased risk of fatal and non-fatal bleeding due to intensified antithrombotic effect.20-24 Administration of anticoagulant in conjunction with antiplatelet therapy aims to reduce the occurrence of ischaemic events and to minimise the risk of bleeding complications.20,22–25

The PIONEER AF-PCI (Open-Label, Randomized, Controlled, Multicenter Study Exploring Two Treatment Strategies of Rivaroxaban and a Dose-Adjusted Oral Vitamin K Antagonist Treatment Strategy in Subjects with Atrial Fibrillation who Undergo Percutaneous Coronary Intervention) trial was an open-label, randomised, controlled multi-centre trial that evaluated the safety of two different regimens of rivaroxaban compared with VKA in patients with NVAF who underwent PCI with stent placement. PIONEER AF-PCI was a safety study. The primary safety end point was the occurrence of clinically significant bleeding. This end point was a composite of Thrombolysis in Myocardial Infarction (TIMI) major or minor bleeding or bleeding requiring medical attention (BRMA), and was evaluated throughout the 12-month treatment period.26

More recently, results from the RE-DUAL PCI (the Randomized Evaluation of Dual Antithrombotic Therapy With Dabigatran vs. Triple Therapy with Warfarin in Patients With Nonvalvular Atrial Fibrillation Undergoing Percutaneous Coronary Intervention) study have also been announced, which have further added to the evidence base in this area.27

This supplement summarises the findings of the PIONEER AF-PCI trial and a subsequent post-hoc analysis assessing all-cause death or rehospitalisation as a composite end point. We provide a commentary on the role of rivaroxaban in the UK and provide a perspective on the future of NOACs in peri-procedural ablation of atrial fibrillation and direct current cardioversion.